Tree rings show how the tropics shifted over time 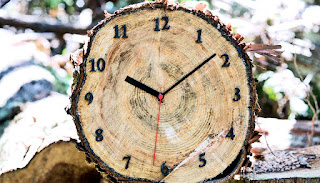 This methodology needs to be expanded into all possible locations world wide.  We know that climate shifts and that it is most often shifted directly by volcanism.
The tree ring data is able to reach back through bogs for thousands of years although correlation is always a difficulty.  Yet the resolution nor suggested can overcome this.  In the event this represents ample work for thousands of scientists and the payoff will be a high resolution global map that also tracks along the time dimension as well.
It is one thing to pin down 1159 BC as the year that the Atlantean world ended.  That was as big as it is possible to be.  Everything else is not so big and often leaves no footprint.  Even that does not confirm if both Atlantis ( Azores ) and Poseidia ( Bahama Bank ) and Lyonese sank at the same time.  It is easier to anticipate stages..
Tree rings show how the tropics shifted over time

For the first time, scientists have traced the north-south shifts of the northern-most edge of the tropics dating back 800 years.

The movement of the tropical boundary affects the locations of Northern Hemisphere deserts including the Sonoran, Mohave, and Saharan. Those deserts sit just north of the tropical belt, which includes the subtropics.

Before now, scientists had information about the location of the tropical belt going back to around 1930, when reliable instrumental record-keeping began.

“Movement of the limit of the tropics is associated with changes in precipitation regimes,” says Raquel Alfaro Sánchez, who led the international research team while a postdoctoral researcher at the University of Arizona.

From 1568 to 1634, the tropics expanded to the north, the team found. That time period coincides with severe droughts and other disruptions of human societies, including the collapse of the Ottoman empire in Turkey, the end of the Ming Dynasty in China, and near abandonment of the Jamestown Colony in Virginia, says Alfaro Sánchez.

“Our results suggest that climate change was one of the contributing factors to those societal disruptions,” says coauthor Valerie Trouet, an associate professor of dendrochronology at the University of Arizona.


To track the northern boundary of the Earth’s tropical belt from 1203 to 2003, the team used the annual rings of trees from five different locations throughout the Northern Hemisphere. Researchers can figure out annual precipitation years into the past because each annual growth ring of a tree reflects the climate that year.

Having an 800-year history also allowed the researchers to connect rare events such as huge volcanic eruptions with subsequent changes in climate, says Trouet.

Massive volcanic eruptions cool the Earth because of all the fine particles and aerosols thrown into the atmosphere. The 1815 Tambora eruption in present-day Indonesia caused such cooling worldwide that 1816 was known in Europe as “the year without summer,” the team writes.

“We can see the contraction of the tropics after volcanic eruptions such as Tambora,” Trouet says.

Learning how aerosols affect climate is important because some researchers have proposed sending such particles into the atmosphere as a geoengineering solution to global warming.

Other researchers have documented that the tropics have been expanding northward since the 1970s, Alfaro Sánchez says. Because computer models of current and future climate models also show expansion of the tropical belt, but not as much as is actually occurring, the researchers wanted to develop a longer history of the movement of the tropical zone, Trouet says.

Researchers use tree rings to reconstruct past climate and climate changes for many locations around the globe. Those climate reconstructions extend hundreds of years into the past. To track past tropical belt movements, the researchers used existing tree-ring chronologies from five locations:

The researchers focused on recorded changes in Hadley cells, the huge atmospheric convective cells that circumnavigate the globe in the tropics. Trouet says Hadley cells are an important driver of atmospheric circulation.

Knowing how changes in Hadley cells correlated with changes in tree rings, the team then used multiple tree-ring chronologies to see how the tropics expanded and contracted as much as 800 years ago.

“This is the first reconstruction that went back to pre-industrial times,” Trouet says. “To know what the natural climate variability is, we need to go farther back in time than the last 150 years.”

The researchers found that the tropical belt has expanded and contracted on its own long before industrial times. Internal variability in the Earth’s climate system affects the movement of the tropics, Trouet says.

The current recorded expansion of the tropical belt since the 1970s is in part due to the increase in greenhouse gases in the atmosphere, other researchers report. This current expansion of the tropics may have important societal implications because the team found that past severe droughts were associated with persistent periods of tropical expansion, Alfaro Sánchez says.

The US National Science Foundation; the US Department of Agriculture; the Spanish Ministry of Economy, Industry and Competitiveness; and the BNP-PARIBAS Foundation funded the research.

Additional coauthors are from the Bureau of Meteorology in Melbourne, Australia; Istanbul University in Turkey; the University of Hawai’i at Mānoa, Honolulu; and the Instituto Argentino de Nivología, Glaciología y Ciencias Ambientales, Mendoza, Argentina.
Posted by arclein at 12:00 AM