What should Trump read? 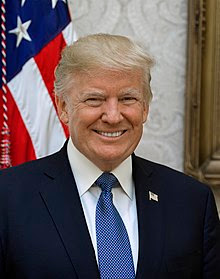 “I read passages, I read areas, chapters, I don’t have the time,” Trump said. “When was the last time I watched a baseball game? I’m watching you all the time.”   A well trained reader does exactly this all the time.


It is an urban legend that Trump is somehow unread or something like that.  A good article can be scanned and digested in minutes profitably if you are trained that way.  Odds are he was.  More likely he reads what he needs and possibly prefers verbal presentations anyway when getting a full scoop..

This collection can be usefully browsed if you are familiar with the language anyway and yes, his college training was in that realm of business knowledge. What folks are all missing is that he is also a trained actor or its equivalent.  That means learning how to communicate at grade four level.  This confuses the educated who have never taken such training.

Truth is that he literally grew up in real estate development and this easily sucked out his leisure time.  Even that was golf and fine dining all of which becomes oriented around your business.


.
What should Trump read?


I can already hear the criticisms.23

“Woods, Trump got elected without the book learnin’ you nerds want him to have. You clueless libertarians may have all the arguments, but Trump knows how to connect with his base!”

But he’d sure be a lot better if he could do both things: connect with his base, and really, really understand the ideas (the good ones, anyway) he represents.

For instance, although he’s far from consistent, and half the time even here he makes me crazy, Trump has spoken enough about nonintervention and related ideas to make the Deep State (which does exist) berserk. If he understood it better, he’d be a lot more consistent about it.

What’s more, it would obviously have benefited Trump to be aware of who the various scholars are out there who hold some of the ideas he favors, so he wouldn’t wind up surrounding himself by people who want to, you know, remove him from office.

So here’s a handful:

A Republic, Not an Empire, by Pat Buchanan. Since Pat is a right-winger, his noninterventionism would get a more respectful hearing from Trump and his supporters than a left-wing version would.

This is an excellent work of American history, and its foreign-policy recommendations are just right.

The Revolution: A Manifesto, by Ron Paul. This is the kind of book that converts people. And it hones your instincts: once you hear its arguments, you instinctively know the right position on matters ranging from money to foreign policy to the Constitution.

What Has Government Done to Our Money? by Murray N. Rothbard. Short, but you’ll understand an enormous amount after reading it.  The Revolution: A Mani...
The Economics and Ethics of Private Property, by Hans-Hermann Hoppe. That has to be one of the dullest book titles of all time. But it is an astonishingly brilliant and challenging work. This is way past the “prices help coordinate production” level. This book explains how the world works.

The Austrian Theory of the Trade Cycle and Other Essays, ed. Richard Ebeling. This short collection of essays explains why the economy moves in a boom-bust pattern, and what we can do about it. It is essential for people to understand this. Never again will you say, “We’d better make sure the Fed keeps interest rates low in order to keep the economy strong.”

Modern Times: The World From the Twenties to the Eighties, by Paul Johnson. A totally absorbing history of the twentieth century (but don’t bother with the updated version that takes the story through the nineties; Johnson gets noticeably worse in covering those years). Relies on Rothbard for its discussion of the Great Depression, is thorough and brilliant in its coverage of totalitarianism, chronicles the results of the socialist and interventionist leaders who plagued Africa after decolonization, and tells better U.S. history than do American historians (Johnson is British).

Just a few titles off the top of my head. More at this link.

Suggested reading.... The URANTIA book. Imperium by Fracis Yockey writes under the pen name It was written for world leaders. He was killed for writing it. He talks about draining the swamp. Its already been done for him by the supreme court in Hale v. Henkel 201 U.S. 42.43. All He has to do is fudge this into one of his speeches and watch the shit fly! It can be read on you tube. If more people knew about it, The beaurocracy would dry up and blow away like dust in the wind. I used it in court and was put under surveillance for it. I just thumbed my nose at them and dared them to arrest me for quoting the supreme court!