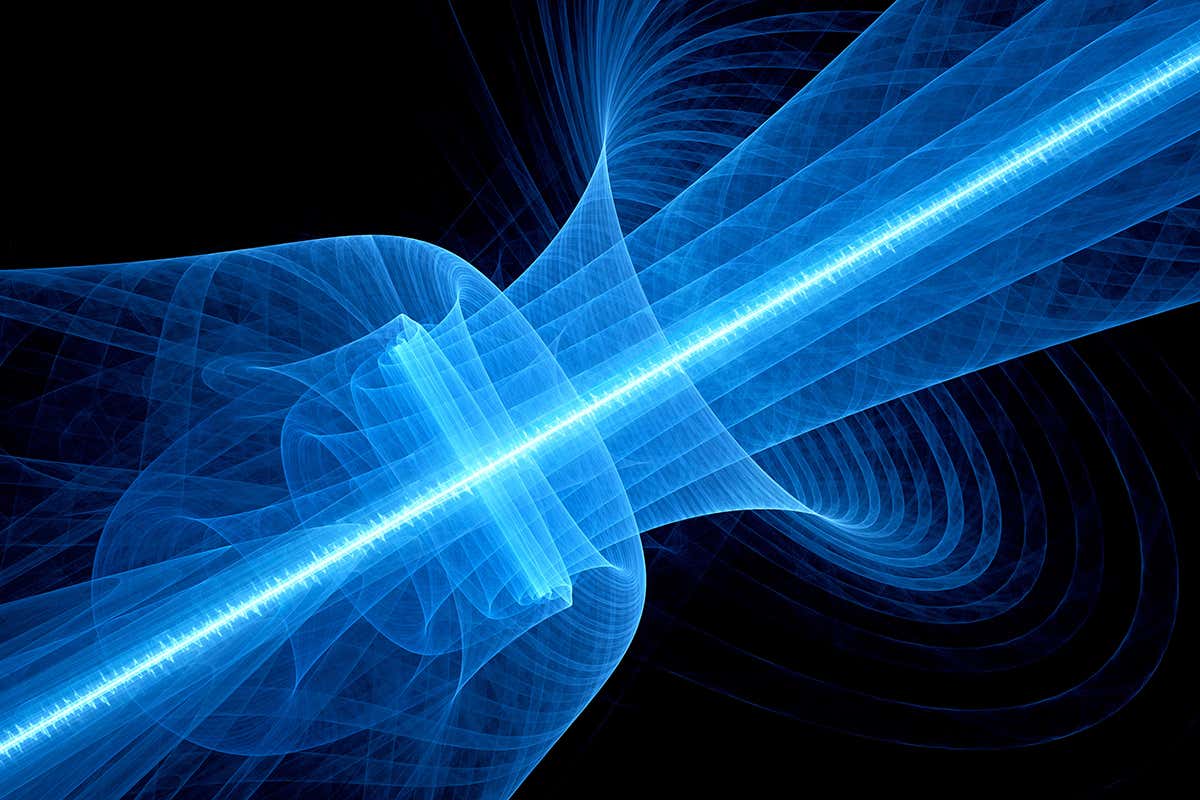 It is good to know that this is confirmed.  Gravity itself is derived from the specific fact that the content of the universe itself is not mathematical infinity but is empirical infinity which happens to be a really large number.  What that means is that all generated metrics have a natural positive attraction.  Thus a laser beam will have a positive attractive force orthogonal to its direction..
This is why laser light is even possible.  It is sticky along parallel generation.
Warping local curvature is no surprise either as the actual local 'power' of attraction must be comparatively immense.
Laser beams have gravity and can warp the fabric of the universe
Lasers emit a very small amount of gravity

Light is heavy. Powerful laser beams have a gravitational field, which warps the fabric of the universe around them and may help us understand how gravity behaves in the quantum realm.


Most models of light’s gravity are simple. They only take into account light’s behaviour as a particle but not as a wave when, in fact, it is both. Fabienne Schneiter at the Eberhard Karls University of Tübingen, Germany and her colleagues made a mathematical model that takes into account light’s wave nature, illuminating its tiny but weird gravitational effects.


Light has gravity because it carries energy. According to Albert Einstein’s theory of general relativity, anything with energy also has gravity, even if, like light, it is massless. The team’s calculations confirm that a laser beam’s gravitational force should exist, even if it is far too tiny for us to detect any time soon.


“I can imagine that someone could, in principle, put an object in orbit around a laser beam,” says team member Dennis Rätzel at the University of Vienna in Austria.


It might be an unstable orbit, though, because the gravity of the laser beam fades more slowly at a distance compared to regular gravity, due to the fact that the beam is moving at the speed of light. Plus, it would have to be an extremely light object and an extremely powerful laser beam.


The team also uncovered new effects that had never been predicted before. They found that when the beam is rotating, something strange happens – it curls the nearby spacetime, the fabric of the universe, around with it.


“It’s like how if you put a ball into honey and spin it, it drags along the honey around it,” says Schneiter. Like all objects with gravity, it also slows down time, she says, but because the field is so weak the time change is undetectable.


If we ever made detectors powerful enough to spot this gravitational effect, it might help us bridge the gap between quantum mechanics and gravity, which are incompatible in our current theories. We could observe both light’s quantum and relativistic properties at once, which could be a step towards understanding quantum gravity, says Rätzel.