Found: A Rare Viking Boat Buried in a Flat Field 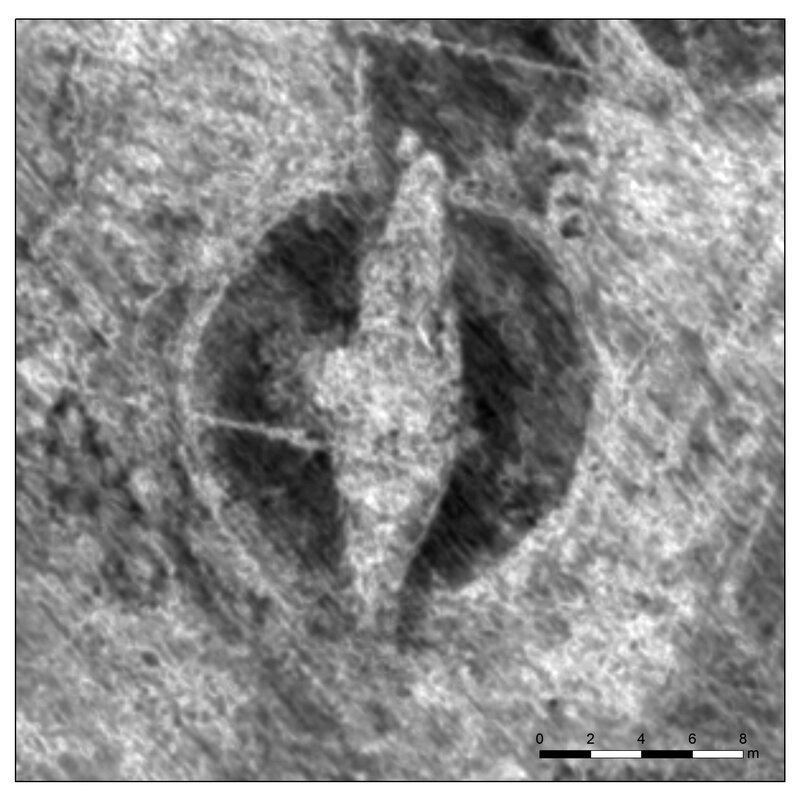 We already have ample information on viking boat making technology to the point we have a legitimate replica built and operated.  This looks to be a standard model used by most of the vikings or the right size at least.  They have to sometimes be manhandled along rivers.

This is an important new site and promises to be archeologically rich as it is a whole intact graveyard and surely spanned many generations..

All good.
Found: A Rare Viking Boat Buried in a Flat Field

The whole place was once a monumental graveyard.

The radar showed the outline of a ship. NIKU https://www.atlasobscura.com/articles/norway-viking-boat-burial

A field in Norway has been hiding an archaeological treasure.

In Østfold County, there’s a flat, seemingly unremarkable field, long since plowed over many times. But right next to it stands an unusual hill known as Jell mound. The hill is a type of manmade burial monument that dates back to the time of the Vikings.


Recently, a team of archaeologists from the Norwegian Institute for Cultural Heritage Research (NIKU) used a high-resolution georadar, mounted on a tractor of sorts, to scan the field. The farmer who worked it wanted to put in drainage ditches, which meant he needed an archaeological evaluation first. Already, the presence of Jell mound indicated there might be more archaeological finds beneath the surface.


When they investigated, the archaeologists found that the whole area had once been rounded with burial mounds—at least eight that had been previously unknown to science. And underneath one of them, the radar found the shape of a ship. 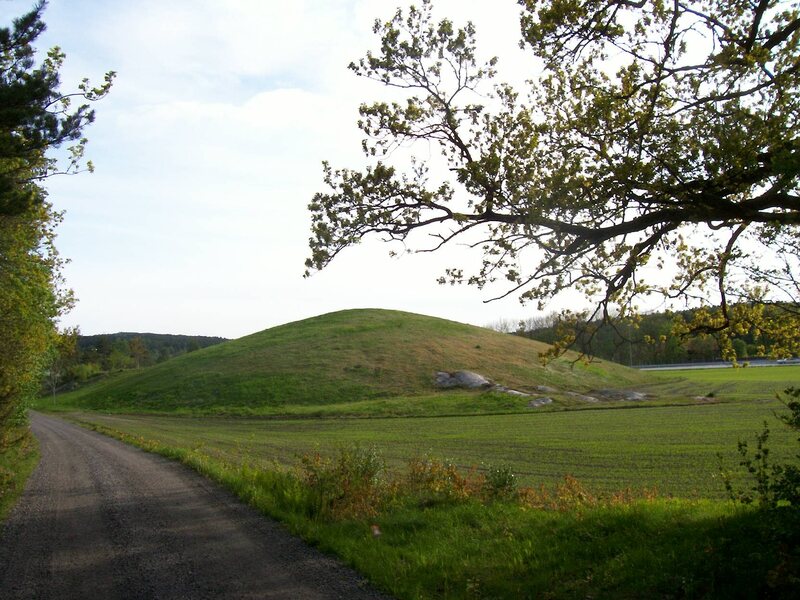 The Jell Mound hinted there might be a reason to look here. Tore Schrøder/CC BY-SA 3.0


It’s unusual to find a boat burial. Boats were valuable, and they were buried only when leaders, warriors, or other people of high status died. There have been only three found previously in all of Norway, and this is the first one to be found in recent years.


Get our latest, delivered straight to your inbox by subscribing to our newsletter.


“Boat burials are only rarely investigated by archaeologists but this, being a large ship, is nothing short of unique,” says Lars Gustavsen, the project’s lead archaeologist.


Based on comparable burials, the archaeologists believe this is a Viking ship, likely dating to the period between the years 500 and 1000. Since the mound above was long ago flattened, the boat is only about 1.6 feet below the surface. It’s a little under 66 feet long, and the radar indicates that its keels and floorboards are preserved.


The archaeologists intend to investigate further using non-invasive tools; if need be, they will excavate. 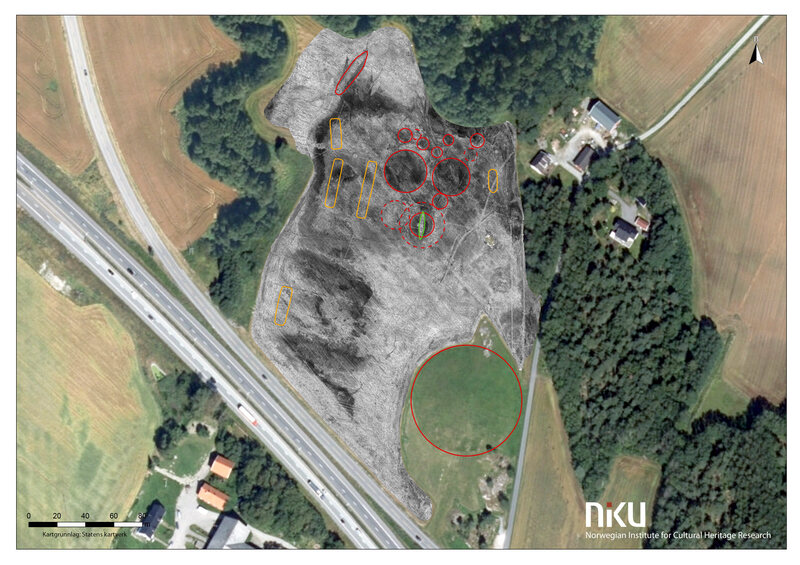 The area in which the ship was found. NIKU


“The ship burial does not exist in isolation, but forms part of a cemetery which is clearly designed to display power and influence,” Gustavsen said in a statement. By exploring this flat field further, he and his colleagues can better understand the practices of the people who lived here long ago.
Posted by arclein at 12:00 AM