Interstellar Visitor Found to Be Unlike a Comet or an Asteroid 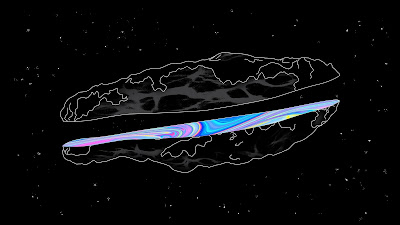 Tumbling does not support a world ship but that it accelerated certainly does.  It is also likely quite robust as well.

Has anyone asked were it is going yet?  Or is it truly a random piece of oddly shaped rock and comet. Now explain that acceleration with reference to distance from the sun.

The argument for the existence of world ships is plausible and it is technology we could rig out today as we jump into space.  They also need to be cylindrical.  A one mile diameter with say one hundred shells and a length of ten miles represents 10 X  3 X 100 square miles or 3000 square miles of working one G max surface area.  This is ample to handle and feed 3,000,000 people at least and possibly several times even that.

The outer surface can also be shielded with a thick layer of water and other materials as well all frozen and acting as a resource reservoir and protection..


Interstellar Visitor Found to Be Unlike a Comet or an Asteroid

The mystery of ’Oumuamua, the first interstellar object ever observed, continues to deepen. A new analysis argues that if it were a comet, it would have broken apart as it passed near the sun.
https://www.quantamagazine.org/interstellar-comet-oumuamua-might-not-actually-be-a-comet-20181010/

The interstellar object ’Oumuamua raced through the solar system a year ago. Astronomers continue to argue about what it is made of.

Like a hit-and-run driver who races from the scene of a crash, the interstellar guest known as ’Oumuamua has bolted out of the solar system, leaving confusion in its wake. Early measurements seemed to indicate that it was an asteroid — a dry rock much like those found orbiting between Mars and Jupiter. Then by this past summer, astronomers largely came around to the conclusion that it was instead a comet — an icy body knocked out of the distant reaches of a far-off planetary system.

Now a new analysis has found inconsistencies in this conclusion, suggesting that ’Oumuamua may not be a comet after all. Whether it’s actually a comet or an asteroid, one thing is clear: ’Oumuamua is not quite like anything seen before.

The object was first spotted a year ago by scientists with the Pan-STARRS telescope in Hawaii. ’Oumuamua (a Hawaiian word meaning “scout”) appeared to be a rocky, elongated asteroid at first, a stubby cosmic cigar.

Other astronomers quickly joined in the hunt, measuring everything they could. (One team even trained radio telescopes on it to check whether it might be transmitting extraterrestrial broadcasts. It was not.) By last December, a team of astronomers published ’Oumuamua’s electromagnetic spectra, which can be used to probe what an object is made of. The researchers found that ices with organic material similar to those seen in comets in our solar system lurked just below ’Oumuamua’s surface; that ice could have survived a long interstellar journey.

They also looked at ’Oumuamua’s rotation. Many asteroids tend to spin around their long axis like an expertly thrown football. ’Oumuamua, by contrast, tumbled like an errant pass by Charlie Brown. 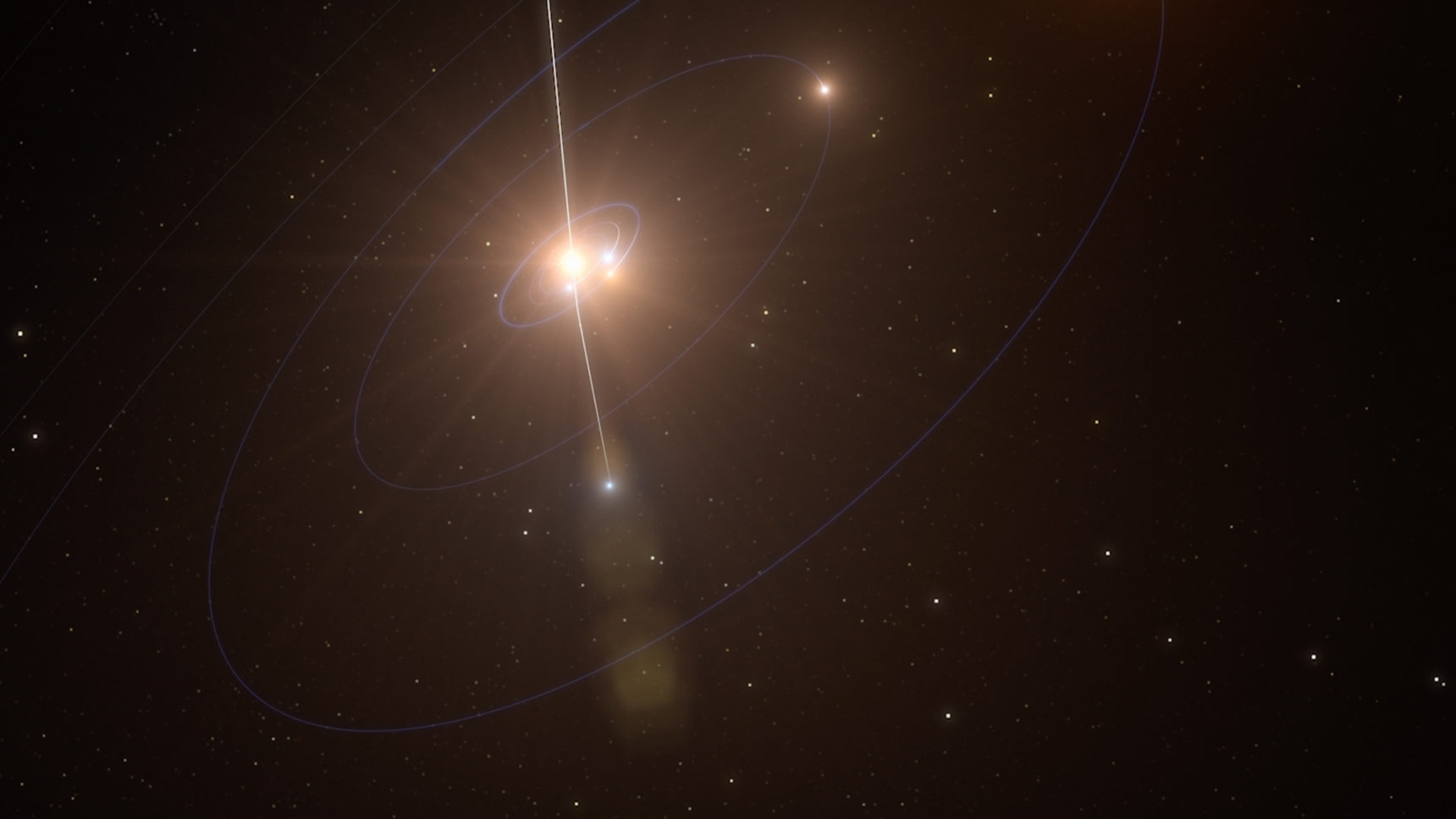 VIDEO: An animation of ’Oumuamua’s journey through the solar system.

A few months later, another collaboration found that ’Oumuamua wasn’t just being pulled by the sun’s gravity. Instead, it was being slightly accelerated by an unseen force, which they argued could only be attributed to comet “outgassing” acting like a thruster. With this additional information, the case appeared to be closed. “Interstellar asteroid is really a comet,” read the headline of a press release put out by the European Space Agency.

The explanation seemed to fit with what we know about our own solar system. In the distant reaches beyond Neptune, countless comets orbit our sun. Anytime one of these comets gets too close to a planet, it could be ejected out into the galaxy. In contrast, there are far fewer asteroids in the asteroid belt, and they orbit closer to the sun, where they’re harder to knock into interstellar space. “There are more comets, and it’s easier to fling them away from a planetary system,” said Ann-Marie Madigan, an astrophysicist at the University of Colorado, Boulder. “For the first interstellar traveler that we see in our solar system, for that to be an asteroid, would be shocking.”

“There’s very strong and unequivocal evidence on both sides.”

Yet comets have tails. And ’Oumuamua, if it was indeed made out of icy rock and propelled by jets of gas as it passed by the sun, should have displayed a tail that would settle the question of its origin. Yet no tail was ever found.

Now in a new study that is currently under peer review, Roman Rafikov, an astrophysicist at the University of Cambridge, argues that the same forces that appeared to have accelerated ’Oumuamua — the same forces that should have also produced a tail — would have also affected its spin. In particular, the acceleration would have torqued ’Oumuamua to such a degree that it would have spun apart, breaking up into smaller pieces. If ’Oumuamua were a comet, he argues, it would not have survived.

“There’s very strong and unequivocal evidence on both sides,” said Rafikov. “If it’s an asteroid, then it’s really unusual, with exotic scenarios for its formation.” He proposed such a scenario earlier this year, whereby an ordinary star dies, forming a white dwarf, and in the process rips apart a planet and launches the shards clear across the galaxy. ’Oumuamua is one of those shards. “Basically, it’s a messenger from a dead star,” he said.

In part to help resolve the impasse, researchers have tried to identify the star system where ’Oumuamua originated by combing through the newly released data troves of the Gaia space telescope. Perhaps it came from a binary star system, or a system with a giant planet, either of which could have launched the object into interstellar space.

’Oumuamua’s path through the solar system. Distances of the closest passage between ’Oumuamua and other objects are measured in astronomical units (AU); 1 AU is the distance between Earth and the sun.

But of all the possible candidate star systems, none provided a match. ’Oumuamua’s trajectory was at least two light-years away from all the candidates anyway — too far for them to be its source. And if ’Oumuamua got launched hundreds of millions of years ago, all the local stars will have shifted quite a bit since then. “It’s unlikely you’d ever be able to track it back to a single individual parent system, which is a shame, but it’s just the way things are,” said Alan Jackson, an astronomer at the University of Toronto.

Ultimately the transient nature of the observations has frustrated astronomers’ ability to solve the mystery of our first interstellar guest. “We had only a few weeks, with almost no planning, to make the observations,” said Matthew Knight, an astronomer at the University of Maryland. “Everybody’s trying to wring out every last bit of information they can from what data we were able to collect as a community.” Had ’Oumuamua been spotted earlier, or had Hurricane Maria not taken Puerto Rico’s Arecibo Observatory out of action, astronomers would have more to go on.

One takeaway for a number of astronomers is that space rocks don’t necessarily fit into one of two wholly separate categories. “There’s much more of a gradation between what’s a comet and what’s an asteroid,” said Michele Bannister, an astronomer at Queen’s University Belfast in Northern Ireland. “I feel like we’re fighting over an unnecessary binary here.”

And although ’Oumuamua was the first visitor from outside the solar system, astronomers will soon have more to puzzle over. Estimates are that the Large Synoptic Survey Telescope, scheduled for “first light” in 2021 in Chile, could find as many as one such object every year for a decade.

“What I hope ’Oumuamua brings home is that planetary systems grow and evolve. They create trillions of little planetesimals throughout the galaxy, and some of those will come and visit us every once and a while,” Bannister said. “Our planetesimals are no doubt visiting other stars.”