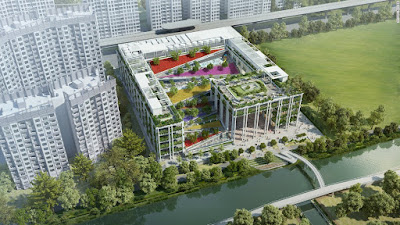 Wake up and smell the roses.  It is a public good if everyone owns their own home.  Singapore has 90% + ownership.  This is proof that it can work provided the effort is not subverted by evil agendas.
We are entering a world in which public servants will be subject to a review of their conversations for malfeasance and this can become everyone's new standard even without applying the rules of a natural community.
No one can argue that it is impossible. About time.
Singapore solved clean and safe public housing


Singapore got independence from Britain in 1959 and was poor. Now it is among the top richest countries on per capita GDP basis.

Now Singapore and US GDP per capita are about equal.
Singaporeans are required to contribute to the Central Provident Fund for pensions and for housing expenses.

Houses are made by the government for 20-30% less than private housing. People are required to live in them for 5 years before selling them.

91% of Singapore’s population owns there own home.