Why can’t an exorcism be stopped after it’s been started? 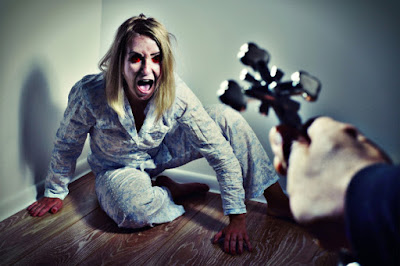 This came in from Quora and provides advanced insight.  I had come to understand that so called possession to be somewhat less than a so called demon.  Bad spirits will do nicely.  This item goes well beyond that elementary observation.
The take home is that the presence of spirit oddities can be addressed successfully by applying intent and also mobilizing the host's intent as well.  This can and has been beneficial. The problem is when you are dealing with a truly powerful entity and this approach is insufficient.  We lack methodology.
Fortunately most are amateurs and can safely tackle low level phenomena.  This will sort out the larger threats for referral
We have learned that the spirit community has an evolved hierarchy toward the two poles of  possible behavior.  This is what the spirit is judged on and this is natural because like attracts like to form communities. The two extremes are Demon and Archangel


Why can’t an exorcism be stopped after it’s been started?

https://www.quora.com/Why-can-t-an-exorcism-be-stopped-after-it-s-been-started
That is an untrue statement. You can stop an exorcism at any time for any reason. This is especially important if the exorcised individual is being injured or appears to be going into shock or cardiac arrest… it is irresponsible and egotistical to continue when that occurs. You would need to try again on another day with another exorcist.


There were many misconceptions by commenters to this post. The Catholic rite rarely works and is one of the least effective methods. Islamic djinn certainly do interact with humans, even Westerners, and although actual possession is rare I have seen two such cases personally (“perfect possession” by consent), and the hypothesis that spirits are not real due to lack of scientific proof… I’m not even going to address that point here because there is no changing some people’s minds and they are better off thinking it is not real… I often wish it were not.


The fundamental concept of adversarial exorcism is troubling. Here you are, a monkey, presuming to scream commands at an entity older than time in a very impolite manner… and how do you think they will react to that? Maybe before calling them “UNCLEAN” you should look in the mirror to ascertain you have your own shit together. Wanna know one cool trick demons can do? “Seeing hidden things.” As a 6th dimensional being, they can literally read you like a book (more accurately, a laminated tri-fold menu with pictures). They will see all your memories and understand all your feelings and compulsions in a moment. The colour of your light and the thoughtforms swirling around your head will tell them everything about you, all your secret thoughts, every one of your sins. Whereupon they will gleefully share these observations with everyone in the room. This is great fun at parties. But I digress…

Anyway, have you even considered maybe just pulling up a chair and *talking* to the demon? Yes, I know you were instructed “not to listen to anything they say” and just to yell “THE POWER OF CHRIST COMPELS YOU” while flinging holy water at them, but I have found this to be an unacceptable negotiation technique. Maybe try a bit of diplomacy? Did you even ask why he chose this person or what he wants? No, because you only think about yourself.


Talking shows respect and opens the conversation. Once communication occurs, you can learn the entity’s name as well as other important things. Many possessing entities turn out to be something other than a demon, some people have an attachment rather than a full possession, and many people are suffering from some form of schizophrenia or personality disorder rather than being assailed by a spirit. But “if your only tool is a hammer every problem looks like a nail.” Exorcism is rarely the best tactic, especially for an initial approach before even gaining any information.


Your primary goal should be the safety and well being of the principal, so starvation, whipping, and burning is right out… physical torture is off the table altogether. If you are torturing people who come to you for help, you are in the wrong line of work and need to be in prison. Your secondary goal is to establish rapport with the spirit to open the lines of communication to gain information you need. Your final goal is to negotiate with the spirit. It is possible the spirit made an error because it is confused or deranged… normally, when possession takes place, it is seamless and no-one is even aware of it. 90% of all reported possessions are the result of a spirit attempting to jack a skinsuit absent Lawful Right. This tells us the spirit is deranged, which tends to indicate a Disembodied Human Elementary rather than an actual demon… or it could be a parasite of some sort. You cannot negotiate with a parasite and most DHEs are barely able to communicate in complete sentences… these are what are typically expelled in exorcisms. Both like to self-identify as demons, but they lie.

Anyway, you generally cannot exorcise a demon, especially if it has established Lawful Right, and it is unlikely you would even know they were possessed if a family member was not insisting upon an exorcism… but if the host does not consent to the exorcism you are completely in the wrong on multiple counts.


If the host willingly consents to exorcism (not under duress from family or church) and the entity is harming the host, the probability is extremely high that it is not a demon. Exorcism is the appropriate tactic in this case.