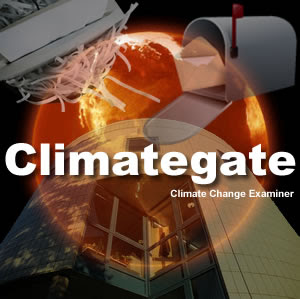 The revelations about the email contents from CRU at Hadley are scaring up a press storm that will not be ending soon. The damage is fatal on a number of issues, but particularly the suborning of the scientific review process itself is attracting real heat.

Lorne Gunter has written in the past on the problems with the global warming hypothesis and he does good research. This column by him will bring you up to speed on the issues.

That a clique were using fair means or foul to preserve a climate consensus in the face of climate facts is obvious. That it could even happen is not overly surprising given human nature. That they carried it off for a total of fifteen years is astounding and akin to a successful Ponzi scheme.

I have long since recognized the political bias in the IPCC reports and thus looked everywhere else for data. I have perused too many mineral reports to not have a jaundiced eye. I know how tempting it is to build theoretical castles in the sky on the sands of lousy data. In a way, when I peruse any report I read between the lines as much as I read the text itself. I am rather sensitive to the language of obfuscation.

As a stroke of luck I posted on the fact that the CO2 myth was busted just days before all this blew up. In the end that is also what crippled the CRU spin machine. Mother Nature was not even trying to cooperate and it kept getting worse to the point where the original evidentiary basis for the CO2 hypothesis had been itself fully reversed and countered.

You really cannot sustain a theory whose core conclusion is now based of X – X = 0.

Last Friday it was revealed that someone as yet unknown had hacked into the computers of the Climate Research Unit (CRU) in Hadley, U.K. The CRU — or Hadley as it is often referred to — is the source of one of the four main temperature records used by the United Nations and environmentalists to claim that the Earth is on the verge of a global meltdown. It is also home to some of the most prominent climate researchers in the world.

Stolen and then released were over 1,000 emails and 3,000 research files that appear to show that those at the CRU and other equally well-known climate scientists around the world have been working together for years to “cook” the data about climate change. The emails seem to suggest that much of what the UN’s Intergovernmental Panel on Climate Change claims is “settled science” is based on data manipulated to confirm assertions that man is dangerously altering our climate. Recent decades may not have been exceptionally warm. The planet may not be warming as fast as these scientists have claimed publicly — and it looks as though they may have known it and tried to hide it.

If the emails are correct, CRU scientists also took glee in the death of a prominent skeptic and did their level best to keep those who disagreed with them from being published in peer-reviewed journals or invited to contribute to IPCC reports. There is even one exchange in which some of the CRU scientists and their colleagues elsewhere tried to have fired the editor of a peer-reviewed journal that dared publish contrary research.

Okay, I can see where you might not trust me to give you a full perspective on what is becoming known as Climategate. You may think I’m too biased against the concept of man-made global warming. So read, then, what George Monbiot of The Guardian newspaper published on Monday. Mr. Monbiot has been called “Britain’s Al Gore.” His books, with titles such as Heat: How to Stop the Planet from Burning, are bestsellers in Britain and sell well in North America, too. Among British journalists, he is likely the best-known global warming adherent.

“It’s no use pretending this isn’t a major blow,” Mr. Monbiot writes. The emails “could scarcely be more damaging. I am now convinced that they are genuine, and I’m dismayed and deeply shaken by them.

“Yes, the messages were obtained illegally. Yes, all of us say things in emails that would be excruciating if made public. Yes, some of the comments have been taken out of context. But there are some messages that require no spin to make them look bad. There appears to be evidence here of attempts to prevent scientific data from being released, and even to destroy material that was subject to a freedom of information request.

“Worse still, some of the emails suggest efforts to prevent the publication of work by climate skeptics, or to keep it out of a report by the Intergovernmental Panel on Climate Change. I believe that the head of the unit, Phil Jones, should now resign.”

Mr. Monbiot then goes on to try and cut his movement’s losses. He insist this scandal involves the reputations and work of only “three or four scientists,” and only calls into question the credibility of “one or perhaps two out of several hundred lines of evidence” that a man-made climate disaster is upon us.

That is just so much backfill. He has been for years one of the most visible and vocal champions for a high-profile cause; of course he has to dismiss the revelations as ultimately meaningless. Throw three or four overboard to preserve the many.

That, unfortunately, has been the reaction of far too many other environmentalists, scientists and journalists, too.

Andrew Revkin of the New York Times — himself a highly visible mouthpiece for many of the implicated scientists — published a piece Saturday that essentially consisted of him interviewing the scientists whose emails have been intercepted and printing their reassurances that the content was harmless and had merely been misinterpreted or taken out of context. His story may as well have been titled “Nothing to see here folks, move along.”

Except there is something to see.

One of the most prominent environmental icons of the past decade has been the hockey-stick graph, which claims to show a thousand years of stable temperatures (the stick), followed by a sharp upward spike in the last 100 years of industrialization (the blade). Such a graph is essential to the environmentalists’ core contention that 20th century temperatures were unusual and one-directional — upwards.

Two different hockey-stick temperature records were devised by two prominent scientists in the late 1990s, Michael Mann of the U.S. and Brit Keith Briffa at Hadley.

The most frequently cited email so far released is from CRU head Phil Jones to Profs. Mann and Briffa, and others, saying that for an article in Nature magazine, “I’ve just completed Mike’s Nature trick of adding in the real temps to each series for the last 20 years (i.e., from 1981 onwards) and from 1961 for Keith’s to hide the decline” in late-20th Century temperatures.

But this is not the only highly damaging one.

Just last month, Kevin Trenberth, an IPCC lead author, wrote to Mr. Mann, admitting “the fact is that we can’t account for the lack of warming at the moment and it is a travesty that we can’t. ... Our observing system is inadequate.”

First, these scientists never admit publicly there has been no warming for years. And second, this is essentially blaming the instruments for the lack of data supporting the theory. The warming is happening, we just can’t detect it. It’s the thermometers’ fault.

CRU head Phil Jones on the possibility of skeptics getting possession of his files and emails back in 2005: “If they ever hear there is a Freedom of Information Act now in the U.K., I think I’ll delete the file rather than send [it] to anyone.” That note was followed last year by this one: “Can you delete any emails you have with Keith ... Keith will do likewise. Can you also email Gene and get him to do the same?... We will be getting Caspar to do likewise.”

There is page upon page like this. It goes way beyond the frank and candid exchanges colleagues have when no one is listening.

Does this “drive a nail in the climate change coffin,” as some skeptics have asserted? No.

But it should do two important things: raise doubt that climate science is settled and cause the public to question the need for any expensive, big-government solutions such as Copenhagen, Kyoto, cap-and-trade, carbon tax or carbon capture and sequestration.