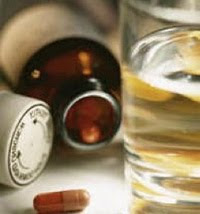 This at least explains for this observer the obvious mortality among long term cocaine users. The problem has been long apparent while gaining no particular attention. This is largely due to society’s attitude regarding drug users of blaming the user for his condition.

The mortality pattern strongly suggests a cumulative toxin. This spells out exactly that. Education on this issue is imperative.

The obvious solution is never to mix the two. With every other option out there it is hardly much of a sacrifice.

However the statistics are gussied up, there are few long term cocaine users alive after twenty or so years. Alcohol takes a bit longer to kill and can be easily managed by the simple expedient of pacing several days of healing for every bender. Cigarettes do get you just as surely but usually kills by accelerating middle age decline if you avoid lung cancer. The rest seem to destroy a person’s ability to function making them vulnerable to death by inattention.

I personally have absolutely no sense of humor regarding so called recreational drugs. I do have compassion for those so entrapped, for they are suffering from a deadly disease. And the sooner we legalize every last one of them and manage their distribution as we do alcohol, then the sooner we can intervene with those afflicted.

They all owe their fellow citizens a productive life. Let us collect it. Maybe we can figure out how to do it.

Young adults who mix alcohol and cocaine are threatening their futures with devastating health problems.

Combining alcohol and cocaine creates a third chemical, cocaethylene, which builds up in the liver over time and causes major health concerns when users reach their 30s and 40s. Few, if any, realize the devastating consequences of their behavior.

Cocaethylene, which was discovered in 1979, is highly toxic and is the only known example of two drugs forming a third when mixed in the body.

Many who take “recreational” drugs, mostly on the weekends, drink alcohol at the same time because they believe the combination enhances their “high,” which lasts longer and is more pronounced than using each drug on its own. And they consider themselves social drinkers and recreational drug users, so they don’t believe their weekend or monthly indulgences will affect their health.

But they are totally unaware of the deadly chemical that is building in their bodies each time they combine cocaine and alcohol.

In addition to causing liver damage, cocaethylene is believed to cause heart attacks in people under the age of 40 and can be especially dangerous in those who have underlying heart problems that often are undiagnosed.

"There is no question that the use of both alcohol and cocaine is a growing concern," Martin Barnes, chief executive of the charity DrugScope, told the ’s Guardian newspaper. "Surveys show people who drink regularly in bars and clubs are more likely to be using alcohol and drugs. This presents challenges to health professionals about how to raise awareness of the health risks because combining the two drugs is not seen as taboo. It's simply a lifestyle choice."

The numbers of cocaine-related deaths in the are increasing. The National Household Drug Survey estimates that 5 million people mix cocaine and alcohol each month. The Drug Abuse Warning System stated: “Cocaine/ethanol abuse is a major cause of emergency medical admissions" and "the cause of increases in cocaine-related mortality," the survey stated.