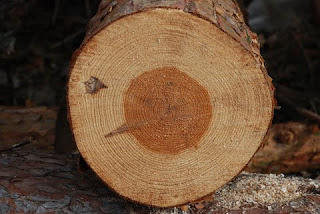 This is an important piece of proxy data that clarifies a great deal. If their interpretation is correct and I see little to question here, then this not only confirms that the past decade has been specifically warmer but also at the top end of the Holocene temperature range.

Provided of course, we are not missing a shrinkage effect here that has not yet been understood.

The point here though is that particular sample selection is heat sensitive. So it should act as an effective conformation that the globe now has higher heat content in the Northern hemisphere than any time over the past thirty seven hundred years or so.

At present the Bronze Age optimum is largely outside of this data set and I would want to see this data extended a couple of millennia back. Previous estimations showed better conditions for the millennia preceding this data range.

This is clear confirmation of a warmer northern hemisphere, previously suggested by developing sea ice losses in the Arctic.

Effectively we have lived through two decades of warmer conditions and the northern ecology has been adjusting to this. The apparent high was in 1995 and it has plateaued since. The present trend is one of weakening temperatures, but not by a great deal.

It is still plenty warm enough to flush out the sea ice in the next few years.

In some regards the general effects of this increase in heat has not been fully expressed yet. That takes a lot of time. After all new crops and trees must be planted and grown out to optimize the general effect.

The researchers studied bristlecone pines (Pinus longaeva) at three sites in California and Nevada, close to the upper elevation limit of tree growth. The tree-ring record showed wider rings in recent decades, indicating a surge in growth in the second half of the 20th century that was greater than at any time in the last 3,700 years.

"We've got a pretty strong pointer that temperature plays a part in this," said Malcolm Hughes in describing the work. "So the puzzle is, why does it play a part in it for the trees near the treeline and not for those only 300, 400 feet lower down the mountain than them?"

To solve that puzzle, the research team took core samples, drawing from living and dead trees, which were well preserved in the cold, dry climate existing at the high elevation. They were able to chart ring width going back 4,600 years.

"We're able to overlap the patterns from the dead wood with the inner part of the living trees, and that way move back in time, dating the samples as we go," said Salzer.

They determined that fertilization from increased carbon dioxide in the atmosphere does not adequately explain this kind of growth at the upper-forest level.

So, the researchers say, that strongly points to warmer temperatures as a cause of the recent surge in growth for bristlecone pines. This finding has implications that reach beyond the state of the trees.

"What it means for the mountains, and the mountain environment, is probably treeline will be moving up, and there are some indications of that occurring," said Salzer. "Other animal and plant species will have to shift up to accommodate the changing conditions."

There is the potential for impact on humans as well.

"High mountains are our water towers. That's where we store water as snow through the winter," said Hughes. "And if we reduce the fraction of year for which that water is there as snow rather than running straight down as rain or evaporating, then this has pretty serious consequences for our future water supplies."