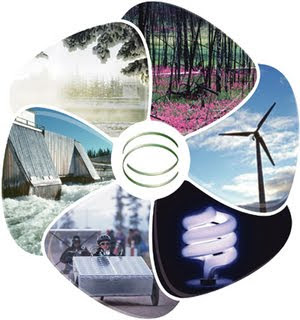 Scientific American has stepped up and ran an article on the possibility that we can replace all our energy news with renewables very quickly. They have done some calculations and suggest we need 3,800,000 large windmills in particular.

That is actually reassuring. 3.8 million windmills is a huge manufacturing outlay. Yet the globe produces several times that in automobiles. What I am saying is that we have the industrial capacity in place and the technology is very mature. No lead time is needed at all to build this all out.

It can be a reprise of the World War II industrial ramp up where commercial manufacturing stood down and switched to war production. Or it can be a steady expansion fueled by replacement as fossil fuel production flat lines and threatens decline.

The article certainly points out that it is sufficient and without market ready alternatives, it is necessary. I have already been saying the same thing but this item pins down the numbers and they are not scary at all.

The article also highlights geothermal and solar. Each have their place and unfortunately, both need access to a national power grid to move it from Nevada and the Mojave and this will need major engineering lead time to fully empower. That is why the idea of such a grid is been muted.

In the immediate, every population center has ample nearby areas able to place windmills tall enough to capture a decent wind. Hill tops work very well. The more local the power the more readily it can be also optimized in terms of utilization.

Compared to two years ago when the onset of peak oil was a well kept secret, the prognosis is now much better. Peak oil is plausibly upon us and we are waiting for the other shoe to drop. That likely will be in the form of a field collapse that permanently reduces global production by a couple of million barrels per day and it is not replaced at all. At best it is going to sneak up on us.

Today we know how to respond. We can quickly build out ample windmills to augment our production, even as we commission geothermal, solar and a national grid system.

Wind, water and solar technologies can provide 100 percent of the world's energy, eliminating all fossil fuels. Here's how

By Mark Z. Jacobson and Mark A. Delucchi

In December leaders from around the world will meet in to try to agree on cutting back greenhouse gas emissions for decades to come. The most effective step to implement that goal would be a massive shift away from fossil fuels to clean, renewable energy sources. If leaders can have confidence that such a transformation is possible, they might commit to an historic agreement. We think they can.