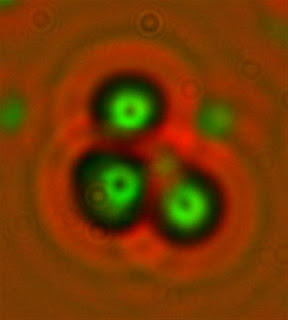 An unclassified review article has been published on the subject of LENR or as more popularly known cold fusion by the Defense Intelligence Agency.

As one might expect it is an up to date inventory of the present state of the art at research facilities world wide. If one comment might be made, it is that a host of repeatable experiments are now driving the work and the better results are becoming impressive. In two instances a test bed has sharply exploded.

Like the early days of super conducting materials there is a dearth of convincing theoretical work to assist in advancing the art. My sense is though that is beginning to change. They are recognizing the importance of lattices and are looking at mechanisms for inducing deuterium reactions. After all that is the only place to go as I personally observed thirty years ago.

There are enough teams now working on this technology that it is time to become nervously optimistic that we are not too far away from a good working theory that will allow the assembly of an effective device. Such a device will obviously be a nice safe heat source able to drive heat engines and possibly replace fission reactors that are also heat engines.

Such an outcome would be rather welcome. We have already posted on several other fusion protocols that are now been tested. They are all good attempts to produce power directly without the intermediary heat cycle.

The LENR protocol is possibly a highly effective way to produce simple high quality heat (right now they can do heat sporadically as an effective proof of concept). This is of some interest because we always need safe sources of heat and this source will eliminate the need for fuels as a meaningful cost.

The other good news is that this research is coming back into the mainstream after two decades of been shunned by particularly American research. Fortunately others knew better than to succumb to the barrage of denigration that unfortunately took place in the early days.

It is an obviously difficult research proposition, but was suggestive from the start. Yet its rejection came from physicists who almost to a man believed their sorely limited theoretical framework rather than the data been presented.

That is not science.