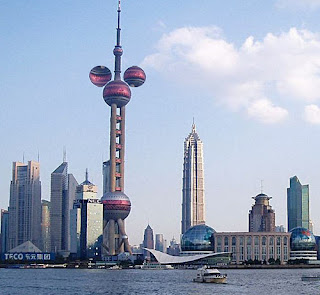 In this newsletter on we see that Disney gets to build a Disney theme park in . I think that after all these years it is still a little hard to comprehend just how utterly modern the present Chinese culture has become. You can see it in the skylines and the adoption of all forms of modern material culture. Their own Disney land is simply icing on the cake.

In a sense the cultural history of has been extraordinary. The ancient and rich Chinese culture was decimated under Mao, creating a cultural vacuum. Into this vacuum has flooded modern consumer culture, unresisted as in by any traditional forces that were sadly depleted. Traditional Chinese culture is presently resurging in a revitalized form to take its proper place.

Those who chafe at the lack of political evolution should learn patience. These things are generational and as long as the population can prosper and can afford to see Mickey Mouse, political improvement is inevitable.


Tourists now have more reason to visit . After 20 years of on-off negotiations, has finally approved plans to build a Disneyland-style theme park in the Putong area of . This park is expected to exceed the size of the Disneyland in . To be built at a projected cost of $3.5 billion, it will be one of the largest-ever foreign investments in the country.

In another boost to tourism, plans to turn a sparsely-populated island, Hengqin, located near , into a tourist destination. Hengqin aims to draw more tourists to the area for non-gambling activities. The focus is on building resorts, villas, golf courses and other entertainment centers.

The latest signs of ’s financial well-being came through the World Bank’s prediction that the Chinese economy will grow 8.4 percent his year. This figure is up from the 7.2 percent predicted in June. The bank readjusted its earlier forecast after ’s rapid rebound this year, following the large stimulus package of 4 trillion yuan ($585 billion).

In one the major gang-related crackdowns this week, Xie Caiping, known as the “godmother” of a Chongqing local gang, was sentenced to 18 years in prison for running illegal casinos and bribing government officials. Xie’s trial has exposed the networks of protection by government officials for local gangs, often using bribery. Read more about China's economy, politics and other current events in the Daily Updates section of our website.

In our most recent multimedia photo series, “Streets of China,” we take you on a visual tour of , through its streets. ’s bustling streets support a unique way of life. From barber shops to beauty supplies, and pups to pedicures, there’s little you won’t find being sold here. Cars coexist with handcarts and pedestrians jostle for space with vendors in the country's vibrant streets. Read this and other articles at our website.

Please forward this to friends, colleagues, and anyone else who might be interested. To receive this newsletter, go to uschina.usc.edu and subscribe to our "US-China Today Weekly Update."

Glaciers on the Tibetan Plateau are the source of 10 major rivers in Asia and provide water for almost half the world's population. Yet, according to the IPCC, they are melting faster than any other glaciers on the planet. China is now diverting much of the remaining supplies, leading to shortages in other countries and increased political tension.