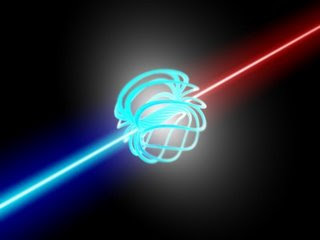 I am always pleased when a development group goes out of their way to answer lingering technical questions as best they can and make it available for public consumption. It is an excellent practice that produces a pool of informed friends.

I think that the focus fusion protocol has clear merit if only to explore plasmoids. That it may also be the royal road to genuine fusion energy is also plausible at this stage. Mother Nature may still thwart us but this is rather close.

What I find most attractive is the fact that the device itself is naturally small and compact. It looks as if it can power a UFO.

It is also startling to realize that the fuel will be ordinary boron and that the protocol will not produce radioactive isotopes. Boron is very common and is mined from salt flats.

There are two main criticisms of focus fusion.

* The hot plasma of this fuel will emit x-rays too quickly,

* the energy lost through the x-rays will always be more than the energy gained by fusion reactions.

* the fusion reactions would not heat the plasma suffieicntly,

* thus the very high temperatures required for burning hydrogen-boron completely would not be reached.

* The rate of radiation depends on the square of the electrical charge on the nucleus involved,

* Thus boron, with 5 charges, causes 25 times more radiation than, for example, deuterium, with one charge.

Response in regards to bremsstrahlung

Fortunately, there is a way to reduce the bremsstrahlung cooling with the dense plasma focus by using the magnetic field effect. This effect, which critics of hydrogen-boron fusion do not take into account, slows down the transfer of energy from the ions to the electrons to by as much as a factor of twenty in the presence of extremely high magnetic fields, without affecting the transfer of energy from the electrons to the ions. This means that the ions could be 20 times hotter than the electrons. In turn, this would reduce x-ray emission by a factor of about 5.

The magnetic field effect was discovered theoretically by R, McNally in 1975 and it has been studied extensively in theoretical and observational studies of neutron stars, which have enormous magnetic fields. For example, in 1987 G. S. Miller, E.E. Salpeter, and I. Wasserman, published in the prestigious Astrophysical Journal an analysis showing that energy transfer to electrons could indeed drop by as much as 20-fold in strong magnetic fields.

Magnetic fields of around 15 giga-gauss(GG, billion gauss) ion temperatures should be 10-20 times higher than electron temperatures.

0.4 GG have been observed in plasma focus fields. A six-fold increase could be obtained by using smaller electrodes and higher currents.

Magnification of the magnetic field as the energy compresses itself into the plasmoid increases with the mass and change of the nuclei in the fuel. This would provide another factor of 6-7, bring the field up to 15 GG.

Plasmoids have been observed in the plasma focus, in other fusion devices and in nature, for decades by many groups of researchers. Winston Bostick and Victorio Nardi reported in the 1970’s observations of plasmoids with magnetic field of up to 200 Mega-gauss, lasting for tens of nanoseconds. Many scientists have observed plasmoids in the magnetosphere of the earth. In recent years, J. Yee and P.M Bellam at California Institute of Technology studied in detail how plasmoids form in the laboratory and their stability. Plasmoids are contained by their own magnetic fields and currents through the pinch effect, in which currents moving in the same direction attract each other.

Over than past 50 years, other groups of researcher have shown mathematically that plasmoids can be stable, at least for times very long compared with the time it takes particles to cross them. For this reason, there is no theoretical problem with the existence of plasmoids with fields of billions of gauss. Whether such field can in fact be produced practically is what ongoing experiments will test.