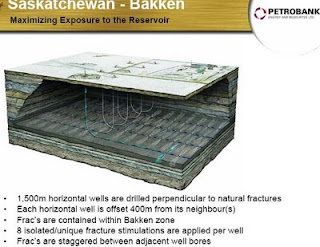 This item and the attached pdf report is as good full disclosure of the engineering issues as one is likely ever to see.

The technology is working and the operators are well along in mastering the art. They are now testing a conventional heavy oil field and I suppose that means a field typical of heavy oil world wide. The purpose of course is to get sufficient know how to tackle all those nice easy fields of heavy oil around the world.

I have been cheer leading this technology for two years and we are now getting good answers. I would like to see a nice neat economic model based on real optimized project but it is simply too soon. But we are very close.

We learn in the report that the coke is consumed in the fire front and likely provides a lot of the heat. This is great news and not obvious either. A result is unimpeded fluid flow.

The report optimizes field and well geometry and it appears to control the production zone much more than I originally expected. This is all good news because it means that it is possible to maximize recoveries.

The report shows exceptional control been achieved, thus we have a technology that will release the huge global reserves of heavy oil, never counted as producible reserves.

This means that it is possible to replace declining conventional production with THAI production to at least some degree and within conventional time frames. It is nice to talk about a new tarsand mining project or a deep sea oil field as great reserves, except their implementation timeframe is a decade away starting today.

This technology is now and it is financeable now in bite sized chunks.

The results are 10% better than the nearest competitor and are currently showing slower decline in production.

- September 12, 2009: The pre-ignition heating cycle ("PIHC") commenced (in the vertical wells only) and we have now started air injection.

The PIHC performed as expected, allowing us to achieve the necessary injectivity into the reservoir zone. The horizontal wells have temporary downhole pumps which were turned on at low rates to achieve a slight drawdown pressure across the horizontal well prior to air injection. Air injection has been initiated at a rate less than 10% of designed volumes to establish the in-situ combustion zone. Currently, we expect to begin producing through the plant in the next twenty-four hours. Once combustion gas is consistently produced from the horizontal well, we will cease pumping and ramp up air injection to allow the wells to flow. We will then increase air injection rates and oil production volumes are expected to increase concurrently.

Here is an 8 page pdf that looks at simulations of Toe Heel Air Injection (THAI) THAI simulations show it will work under different geology conditions and work better than other underground combustion techniques.