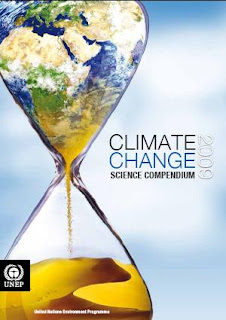 You may or may not know that hackers recently collected a mass of archived email traffic related to the infamous IPCC report that proclaimed that the anthropogenic global warming hypothesis was settled science. Anyone who has followed my posts know that this is nothing of the kind, but the lobby, and yes it is clearly a lobby, has been shouting down skeptics and it is clear in this recent revelation they have also gone out of their way to influence the conclusions drawn in order to present a purported consensus supporting their theory.

Their work has leapt from been questionable to outright worthless. The sad fact is that a lot of legitimate work is likely to be thrown out with the same bathwater. I simply do not understand why scientists were willing to heed calls for conformity at all. That is more the measure of just how bad the data is in the first place.

A scientist’s task is to collect data. One hopes that it fits the prevailing theory, but if not so be it. The problem in climate science is that the data distribution is over a much wider range than the effect that one is attempting to measure. I really question if it is possible for the statistical work to produce a signal that is meaningful.

Can we say that the global temperature rose 0.7 degrees over the past two decades plus or minus 0.05 degrees with anything approaching statistical certainty? I do not feel comfortable that land based stations in the USA are simply that reliable as recently shown in another post.

We know that conditions are warmer locally in many northern areas. This is presumably important. That is actually our most convincing conformation. The rest at lower latitudes are often not statistically significant. A great example off that is the hurricane cycle which looks exactly the same as a century ago.

As pointed out, there is no upside for the global warming lobbing consortium in these recent revelations. They are exposed as PR flacks masquerading as scientists who are totally prepared to manipulate the data to serve their ends while venially smearing the reputations of those opposing them. Crooks commonly do that.

I don't see how the astonishing climate change e-mail scandal is anything but a disaster for the global warming community. This thing really does make one doubt what one had accepted as scientifically true, because the consensus was reported as overwhelming. Excerpt:

And the newly disclosed private exchanges among climate scientists at 's Climate Research Unit of the reveal an intellectual circle that appears to feel very much under attack, and eager to punish its enemies.

Wanna read all the files hacked out of the 's computer? Here ya go.

Karl Denninger has been reading them. Excerpt:

It gets better. Another message, this one allegedly from 2000:

It was good to see you again yesterday - if briefly. One particular thing you said - and we agreed - was about the IPCC reports and the broader climate negotiations were working to the globalisation agenda driven by organisations like the WTO. So my first question is do you have anything written or published, or know of anything particularly on this subject, which talks about this in more detail?

Oh, so it's not about the planet getting warmer, but rather is a convenient means of advancing an agenda that has already been pre-determined?

That's chilling (no pun intended). Honestly, I don't know what to believe now about this stuff. I mean, seriously, read this:

A partial review of the emails shows that in many cases, climate scientists revealed that their own research wasn't always conclusive. In others, they discussed ways to paper over differences among themselves in order to present a "unified" view on climate change. On at least one occasion, climate scientists were asked to "beef up" conclusions about climate change and extreme weather events because environmental officials in one country were planning a "big public splash."

The release of the documents has given ammunition to many skeptics of man-made global warming, who for years have argued that the scientific "consensus" was less robust than the official IPCC summaries indicated and that climate researchers systematically ostracized other scientists who presented findings that differed from orthodox views.

The tension between those two camps is apparent in the emails. More recent messages showed climate scientists were increasingly concerned about blog postings and articles on leading skeptical Web sites. Much of the internal discussion over scientific papers centered on how to pre-empt attacks from prominent skeptics, for example.

Fellow scientists who disagreed with orthodox views on climate change were variously referred to as "prats" and "utter prats." In other exchanges, one climate researcher said he was "very tempted" to "beat the crap out of" a prominent, skeptical climate scientist.

One email from 1999, titled "CENSORED!!!!!" showed one U.S.-based scientist uncomfortable with such tactics. "As for thinking that it is 'Better that nothing appear, than something unacceptable to us' ... as though we are the gatekeepers of all that is acceptable in the world of paleoclimatology seems amazingly arrogant. Science moves forward whether we agree with individual articles or not," the email said.

Many of the email exchanges discussed ways to decline such requests for information, on the grounds that the data was confidential or was intellectual property. In other email exchanges related to the FOIA requests, some researchers asked foreign scientists to delete all emails related to their work for the upcoming IPCC summary. In others, they discussed boycotting scientific journals that require them to make their data public.

So much for disinterested science, and just-the-facts. I'm not ready to say that man-made climate change is a hoax, but I'd say those hackers did us all a great service by lifting the veil on those nasty sh**s in labcoats.

UPDATE: I'm not saying that I no longer believe that climate change is occurring, and that mankind has a lot to do with this. I find it hard to believe that so much data have been faked. Still, I am saying that I'm not sure what to believe, because my faith in the integrity and the honesty of climate scientists has been shaken by this.

UPDATE.2: Tyler Cowen says he doesn't think this episode proves much other than that you shouldn't put things in e-mail that you don't want exposed, and that some scientists engage in a form of discourse that harms their cause. Personally, it's not changed my mind that global warming is happening and that mankind's emissions have a lot to do with it, but it has changed my certainty about that conclusion, and, frankly, pissed me off that scientists would mess around with data to reach particular conclusions. I know, I know, it shouldn't be surprising that scientists turn out to be -- surprise! -- human beings. But the entire scientific enterprise depends on disinterested empiricism, and this scandal strikes a blow against the confidence laymen have in that aspect of science. It's why things like the Jayson Blair scandal hurts journalism as a whole, not just the integrity of The New York Times. People shouldn't be surprised to learn that journalists can be unethical, and can falsify or spin data to reach a predetermined conclusion, but if enough people come to believe that sort of thing is normative, or at least tolerated, it erodes the basis for journalism's authority. Another analogy: no one who knows anything about human nature and church governance can be shocked, exactly, when it's revealed that clerics can be just as corrupt as anybody else. But the credibility and authority of a church or religious organization depends greatly on the shared belief that the clergy are, in the main, incorruptible. For scientists, the standard of incorruptibility is honesty regarding the gathering, presentation and analysis of data.

Global warming in reality, is nothing more than social engineering, to divert attention away from the real problems, and the people who fill their deep pockets at the expense of the people and their planet.

Basically, it is no different than the old shell game we used to find in the traveling carnival that were so common in our youth. Keep the people looking at one hand, while the other does the dirty work.