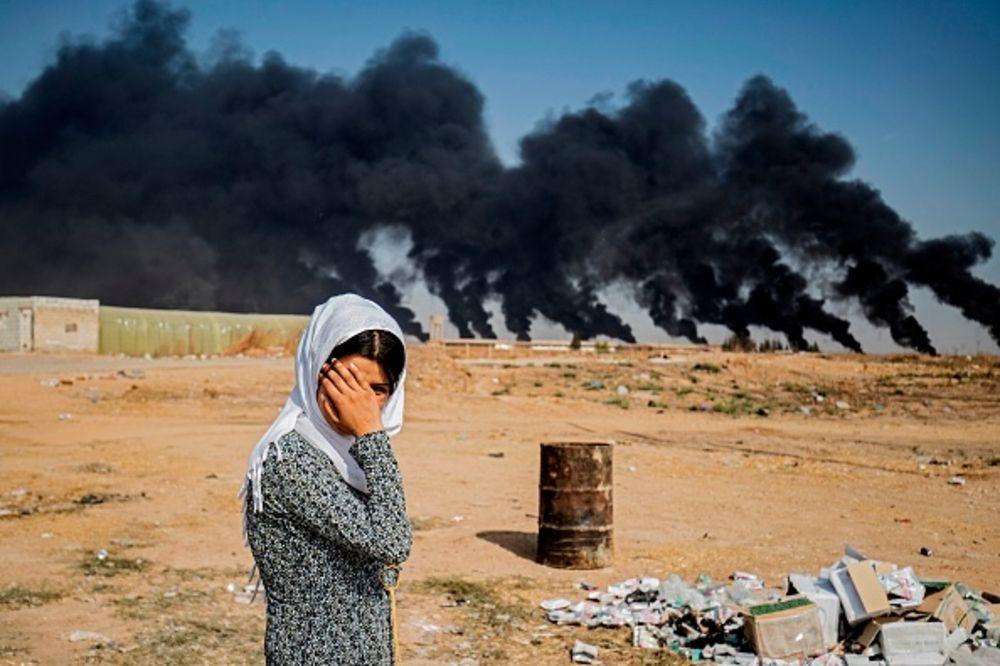 Understand that Trump does not see Russia as a natural competitor.  Thus dumping the problem right into Putin's Lap is an excellent exit strategy.  It has certainly paid ample dividends with the Kurds leaping immediately into Assad's side and triggering a final cease fire with Turkey that looks to work.

Throw in the recent elimination of the two top leaders of ISIS and what is there not to like?  claims have been made even that this whole exercise was to set those guys up.

Russia now has the task of curbing Ergoman and the Kurds and also rebuilding Assad.  That sounds like all the costs and all the work.  Way more important this puts the Russians in position to curb the mullahs as well.  Better yet they have their own homegrown jihadis to keep their feet to the fire.   go for it guys.

The USA can now focus on stabilizing the whole southern flank in confrontation to Iranian ambitions and to completely settle the whole Israeli enterprise as well.

Now we have to integrate NATO and RUSSIA to prepare for the Christian confrontation of Islam.

Russia will soon find itself caught between Turkey and Syria...

After U.S. President Donald Trump announced a withdrawal from Syria, the House of Representatives overwhelmingly passed a resolution denouncing it as “a benefit to adversaries of the United States government, including Syria, Iran and Russia."

Six days later, Mitch McConnell, the Republican leader of the Senate, introduced a similar resolution. “If not arrested,” he said, “withdrawing from Syria will invite more of the chaos that breeds terrorism and create a vacuum our adversaries will certainly fill.”

Such bipartisan agreement is rare in Washington these days. But it underestimates the wisdom of Trump’s decision, the benefits for U.S. interests in the Middle East and the nasty trick he has played on Russian President Vladimir Putin.

Trump calls Syria a “bloody sandbox.” He’s right about that. It is also a briar patch of warring tribes and sects, inexplicable ancient animosities and irreconcilable differences.

The president is not prepared to take responsibility for this complicated place, or to get caught up in it. If leaving creates an opportunity for Russia to fill the vacuum, as American lawmakers believe, then it is one Trump is happy to cede. The Russian leader struts on the world stage, but he has not exactly won a victory.


Sooner or later, al-Qaeda, Islamic State or the next iteration of jihad will break loose in Syria. When that happens, the Russians will be the new Satan on the block. Their diplomats in Damascus will come under attack, as will Russian troops. More troops will be sent to defend them. Putin’s much-prized Mediterranean naval installations will require reinforcement. And so on. Soon enough, jihad will inflame Russia’s large Muslim population. Moscow itself will become a terrorist target.

The “safety zone” that Putin and Turkish President Recep Tayyip Erdogan have recently carved from northern Syria will collapse. Syrian leader Bashar al-Assad rightly considers it a violation of his country’s sovereignty, and if he can persuade his Russian patrons to shut down the zone, Erdogan will threaten another invasion. If Putin then sides with Turkey, Assad will take matters into his own hands. His army may not be fit for fighting armed opponents, but the Kurds are and can act as Assad’s proxies. 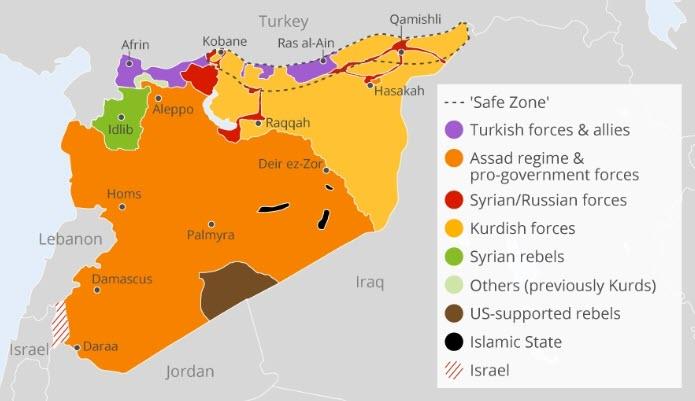 If and when such a border fight develops, Putin will find himself between Assad and Erdogan. Whatever he does, he will wind up in that most vulnerable of Middle Eastern positions, the friend of somebody’s enemy.

As the big power in charge, Russia also will be expected to help its Syrian client rebuild the damage from the civil war. Physical reconstruction alone is expected to cost $400-500 billion. This is a bill Trump had no intention of paying — and one more reason he was glad to hand northern Syria to Putin.

Russia cannot afford a project of this magnitude. It’s possible that Putin expects EU countries to foot the bill — motivated either by humanitarian impulses or by the desire to forestall another wave of destitute immigrants. But this is wishful thinking. Faced with a potential influx of Syrian refugees, Europe is more likely to raise barriers on its southern and eastern borders than to invest in affordable housing in the ruins of Aleppo and Homs.

What’s more, Syria needs more than new housing. It needs an entire economy. Tourism, once a major industry, has vanished. The country’s relatively insignificant oilfields are inoperable or in the hands of the tiny contingent of U.S. troops that’s left to guard them. And the country’s biggest export product is spice seeds.

Another headache for Putin is the ongoing Israel-Iran war, which is being fought largely in Syrian territory. So far, Russia has been studiously neutral. The powerful Israel Defense Forces are engaged against what their leaders regard as a strategic threat. And, unlike the Kurds, Israel is not a disposable American ally. Putin knows this and will not risk a military confrontation no matter how many Syrian-based Iranian munitions warehouses Israel destroys or how hard Assad pushes him to retaliate.

Critics who see the U.S. withdrawal as an act of weakness that will hurt American prestige and influence in the Middle East are wrong. The Arab world understands realpolitik and will read Trump’s indifference to the fate of Syria as the self-serving behavior of the strong horse.

For that is what the U.S. is. It has far more naval power, air dominance, strategic weaponry and intelligence assets than any other country in the region, including Russia. And its allies are the richest, best situated and most militarily potent countries in the Middle East. Not one of them will trade its relationship with Washington for an alliance with Moscow, and Trump knows this. As far as he’s concerned, Putin is welcome to the sandbox and the briar patch.