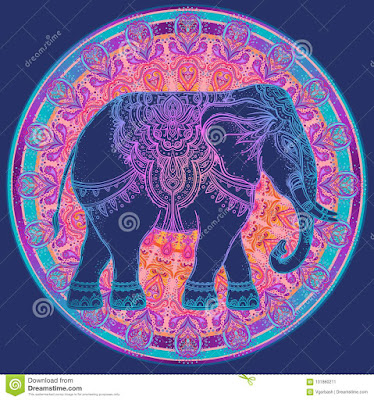 Over four thousand folks were questioned and what it reported is direct access to what i have come to understand is the second tier of matter.  Recall that we are all third tier matter bodies operated by second tier matter spirit bodies.
We can experience it directly through meditation or also  through lucid dreaming or with the assistance of psychedelics.  What we lack though is command and control while engaged and control over access as well.

Yet, a single experience informs the spirit body of its own immortal nature and of the validity of second tier existence.  That leads directly to subconscious enhancement of one's mental health.  I can not think of a better argument for having at least one guided trip with DMT. A second such trip is much harder to argue for as we do not have any indication of a useful progression.


Research from John Hopkins University and the Council of Spiritual Practices has confirmed something we may have instinctively guessed at – a spiritually significant encounter with whatever you believe to be god brings mental health benefits which can last for decades after the encounter.


Indeed, of the study participants who categorized themselves as previously having been atheists, two thirds no longer identify as atheists following their spiritual encounter. Perhaps surprisingly for some, the mental health benefits of spiritual encounters are virtually identical for those who had a spontaneous spiritual experience and those who had the experience while under the influence of a psychedelic drug [1].


Researchers hope that this study could be another step in the pathway towards using some psychedelic drugs, such as psilocybin, for mental health therapeutic treatment under controlled conditions.


The research involved examining the experiences of 4285 people from across the world, of whom 69% were men. The participants were self-selected via responses to advertisements. They were asked to fill in one of two 50-minute questionnaires, depending whether their spiritual encounter had been spontaneous or attributed to the use of a psychedelic.


Those in the spontaneous encounter group were most likely to select ‘god’ or ‘emissary of god’ when asked to categorise who or what they encountered, while those in the psychedelics group were most likely to select ‘ultimate reality’ to describe their encounter [1]. However, although the terminology differed, there were very significant similarities in the experiences reported by both groups.


These life-changing encounters overwhelmingly led to a decrease in the fear of death, although this was strikingly higher – 70% – in the psychedelics group than in the non-drug group, where 57% reported the same [1].


This research, published in the PLOS One journal, is significant in that it is the first time that researchers have sought to compare drug-induced mystical experiences with non-drug spiritual encounters. Some of the researchers involved have previously studied the potential of psilocybin to help people stop smoking or to lessen the psychological stress of a cancer diagnosis, and it seems that this latest research would support the idea that psychedelics can have lasting, positive mental health impacts.


The study authors caution that since this research involved self-selected and self-reporting participants, there is potential for inaccuracy or bias in the results. They also stress that the study was not intended to say anything about the existence or otherwise of god; it was purely intended to research people’s experiences. Nevertheless, it is a fascinating insight into the healing qualities of mystical experiences, no matter how they come about.

I wonder how many of them were combat Veterans. Ain't no atheists on the battlefield. I experienced "God" as total and complete compassion for all killed in the combat and us still alive. It was palpable and quiet. You could perceive the recently dead (both sides) and pick up their thoughts. Their biggest thought was: "Why did we do that"? They immediately recognized they had been conned by their government. We're all brothers on the other side.