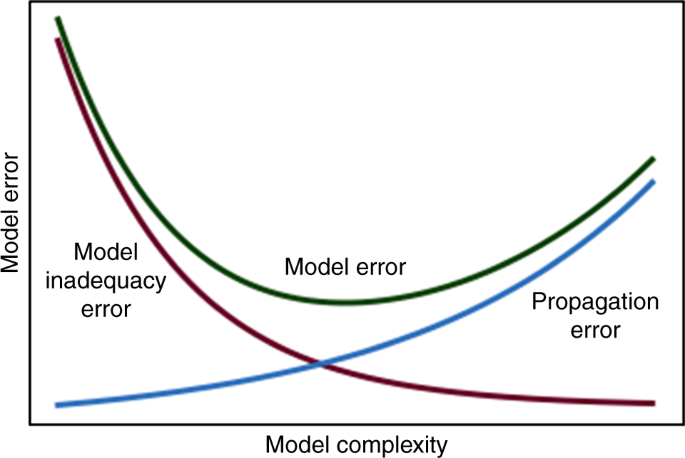 Let me make this simple.  As a Mathematician, it is impossible for me to propound a correct assertion regarding global warming, except to state that no such assertion is possible.  A corollary of that statement is that all those propounding a position are utterly wrong to do so.

It follows that the only reason to take a position is purely political.

The Mathematical argument itself is simple enough. Global temperature variation for the past five million years during the Ice Age ran +/- five degrees.  Post Pleistocene Nonconformity in 12950 BP this range has dropped to +/- one degree and this holds to this day.

Any purported shift within this range is at best meaningless and that is all that we have had through the past centuries to observe.  It has shifted a little bit reflecting a clear rebound from the Little Ice Age.  A true significant shift would take a rapid advance of greater that one degree with massive changes ripping across the planet.  We have had none of that to justifying even asking such a question.

Instead everyone living is catching the same climate they grew up with while seeing the mildest of changes in the form of  occasional extremes also seen long before.  There is no breakout in observed behavior..

A short comment on statistical versus mathematical modelling
Nature Communications


While the crisis of statistics has made it to the headlines, that of mathematical modelling hasn’t. Something can be learned comparing the two, and looking at other instances of production of numbers.  Sociology of quantification and post-normal science can help.
While statistical and mathematical modelling share important features, they don’t seem to share the same sense of crisis. Statisticians appear mired in an academic and mediatic debate where even the concept of significance appears challenged, while more sedate tones prevail in the various communities of mathematical modelling. This is perhaps because, unlike statistics, mathematical modelling is not a discipline. It cannot discuss possible fixes in disciplinary fora under the supervision of recognised leaders. It cannot issue authoritative statements of concern from relevant institutions such as e.g., the American Statistical Association or the columns of Nature.
Additionally the practice of modelling is spread among different fields, each characterised by its own quality assurance procedures (see1 for references and discussion). Finally, being the coalface of research, statistics is often blamed for the larger reproducibility crisis affecting scientific production2.
Yet if statistics is coming to terms with methodological abuse and wicked incentives, it appears legitimate to ask if something of the sort might be happening in the multiverse of mathematical modelling. A recent work in this journal reviews common critiques of modelling practices, and suggests—for model validation, to complement a data-driven with a participatory-based approach, thus tackling the dichotomy of model representativeness—model usefulness3. We offer here a commentary which takes statistics as a point of departure and comparison.
For a start, modelling is less amenable than statistics to structured remedies. A statistical experiment in medicine or psychology can be pre-registered, to prevent changing the hypothesis after the results are known. The preregistration of a modelling exercise before the model is coded is unheard of, although without assessing model purpose one cannot judge its quality. For this reason, while a rhetorical or ritual use of methods is lamented in statistics2, it is perhaps even more frequent in modelling1. What is meant here by ritual is the going through the motions of a scientific process of quantification while in fact producing vacuous numbers1.
All model-knowing is conditional on assumptions4. Techniques for model sensitivity and uncertainty quantification can answer the question of what inference is conditional on what assumption, helping users to understand the true worth of a model. This understanding is identified in ref. 3 as a key ingredient of validation. Unfortunately, most modelling studies don’t bother with a sensitivity analysis—or perform a poor one5. A possible reason is that a proper appreciation of uncertainty may locate an output on the right side of Fig. 1, which is a reminder of the important trade-off between model complexity and model error. Equivalent formulations of Fig. 1 can be seen in many fields of modelling and data analysis, and if the recommendations of the present comment should be limited to one, it would be that a poster of Fig. 1 hangs in every office where modelling takes place.

In modelling—as is the case of statistics, one can expect a mix of technical and normative problems—the latter referring to expectations, interests, values and policies being touched by the modelling activity. In cost-benefit analyses an estimate of return giving a range from a large loss to a large gain may not be what the client wishes to hear. The analysts may be tempted to “adjust” the uncertainty in the input until the output range is narrower and conveniently located in friendlier territory.

Integrated climate-economy models pretend to show the fate of the planet and its economy several decades ahead, while uncertainty is so wide as to render any expectations for the future meaningless. In economics, models universally known to be wrong continue to play a role in economic policy decisions, while the neologism ‘mathiness’ has been proposed for the use of mathematics in models to veil ideological stances. Disingenuous pricing of opaque financial products is held as partly responsible for the onset of the last recession: modellers chose to calibrate the pricing of bundles of mortgages based on data for the real estate market in an up-swing period. Needless to say, these calibrations conveniently ignored what would happen when the market took a turn for the worse.

Transport policy offer a curious example where a model requires as an input how many people will be sitting in a car on average decades from now. See ref. 1 for the references to the cases just described. More examples are described in ref. 6, portraying flawed models used to justify unwise policies in evaluation of fisheries’ stock, AIDS epidemics, mill tailing, coastal erosion, and so on. Among those, studies for the safety of an underground disposal of radioactive waste stand out for providing what the authors in6 call “A million years of certainty”, achieved thanks to a huge mathematical model including 286 sub-models.
Modelling hubris may lead to “trans-science”, a practice which lends itself to the language and formalism of science but where science cannot provide answers7. Models may be used as a convenient tool of displacement – from what happens in reality to what happens in the model8. The merging of algorithms with big data blurs many existing distinctions among different instances of quantification, leading to the question “what qualities are specific to rankings, or indicators, or models, or algorithms?”9 Thus the problems just highlighted are likely to apply to all of these instances, as shown by the recent alarm about unethical use of algorithms10, the disruptive use of artificial intelligence exemplified by Facebook, or the well documented problems with the abuse of metrics11, which is now reflected in an increasing militancy against statistical and metrical abuses12.

This is not an indictment of mathematical modelling. Modelling is essential to the scientific enterprise. When Steven Shapin, a scholar studying science and technology, talks about “invisible science”—meaning scientific and technological products which improve our life—one chapter could be devoted to “invisible models” underpinning these technologies. The malpractices alluded to above are all different: not only a racist algorithm is different from an audacious cost-benefit analysis, or a low-powered statistical study. Even within modelling, different problems are at play. Modelling hubris has its counterpart in living in an idealised model-land of appealing simplicity but scarce realism6.
Hence, recipes cannot be prescriptive or universal. The following could help (see ref. 1 for details):

To put the prescriptions into practice a movement of resistance is needed, perhaps along the lines of the so-called statistical activism12. This kind of resistance is familiar to scholars gathered around post-normal science (PNS)13. The foundational works14,15 of PNS’ fathers Silvio Funtowicz and Jerome R. Ravetz see model quality in terms of fitness for purpose. As noted in ref. 3 this view—with would entail reconsidering the model any time to see whether the purpose or the question put to the model are changed—is still a minority view in the modelling community. PNS suggests an approach to the use of models which is more reflexive—i.e., the analyst is part of the analysis, and participatory—including an extended peer community. While this vision is gaining new traction3 more could be done. A new ethics of quantification (https://www.uib.no/en/svt/127044/ethics-quantification) must be nurtured, which takes inspiration from a long tradition of sociology of numbers; Pierre Bourdieu12 and Theodor Porter16 come to mind. What the authors in ref. 3 chose to call the distinction between a positivistic and a relativistic philosophy in model validation needs to be overcome for progress to be achieved.

The author is entirely responsible for the execution of all tasks pertaining to the paper.

The author declares no competing interests.

Peer review information: Nature Communications thanks Ragnar Fjelland for their contribution to the peer review of this work.

Publisher’s note: Springer Nature remains neutral with regard to jurisdictional claims in published maps and institutional affiliations.
Rights and permissions
Posted by arclein at 12:00 AM