Roman Polanski accused of 'extremely violent' rape of French woman in 1975 when she was 18: report 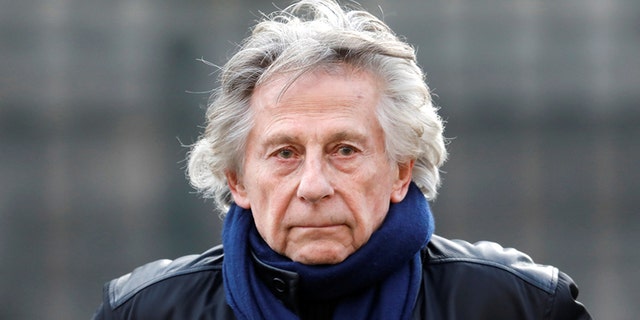 I guess he thinks that the new standard for a pass on rape 'rape' is a graceful apology.   finally someone in Europe has come forward, which suggests that 'me too' is now working over there as well.

I do think that we may well see a huge wave of rape accusations against men that go back decades.  The laws will need to be adjusted to accommodate this particular crime, not least because much of the damage is psychological and similar to PTSD.  There is also the real problem of delayed justice itself.  After decades, real witnesses no longer are available often as not and proof may simply be an impossibility.

What you do have is the witness of a PTSD victim which can at least be properly characterized.  By the way, this also applies to boys and young men raped by homosexual men, causing a shift in sexual preferences or the like.

Yet that same witness is also powerful because it comes from a mature individual who has overcome the damage.  Thus our laws must empower the witness and also unsure that the witness is properly authenticated by therapists.  It is also obvious that perpetrator track record will also impact a resolution.  In this case we have a mature accusee' and a flight and rape felon.  This will be as good as it gets.

The world of sexual deviancy is a'changing with the hunt on for those hiding behind money and power...


Roman Polanski accused of 'extremely violent' rape of French woman in 1975 when she was 18: report


The Academy of Motion Picture Arts and Sciences' Board of Governors voted to expel actor Bill Cosby and director Roman Polanski.


The 86-year-old director of "Rosemary's Baby," "Chinatown" and other films is being accused of raping a French woman, Valentine Monnier, in 1975 when she was 18 at Polanski's chalet in Gstaad, Switzerland, according to The Guardian via Le Parisien.


Fox News does not normally disclose the identities of purported rape victims, but Monnier consented to be identified by Le Parisien when she told the paper her story.


In the latest allegation levied against the Polish-born filmmaker, Monnier, now 62, detailed the alleged assault to the French publication, Le Parisien, saying that it occurred after the two finished a ski run, adding the alleged attack was “extremely violent.”

“I had no links with him, neither personal nor professional, and hardly knew him,” Monnier, a former model who worked in New York, told the local outlet.


“The reaction time is not worth forgetting,” Monnier reportedly told the newspaper (via Deadline). “Rape is a time bomb.”

According to Deadline, Monnier told Le Parisien that following the Harvey Weinstein scandal, she was inclined to tell her story and wrote the Los Angeles Police Department as well as the French first lady, Brigitte Macron.


Polanski’s attorney Hervé Temime told The Guardian on Friday that the Oscar-winning director “firmly denies all accusations of rape”, adding that the allegations “which date back 45 years have never been reported to judicial authorities.”


Per Deadline, Monnier claimed that the alleged sexual assault happened after the two finished up on the slopes and had dinner at a restaurant. The former model maintains that she and Polanski headed back to the resort and that she went to a separate room to change.

“Life hadn’t taught me how to be suspicious yet,” Monnier told the French paper.


Monnier then claimed that Polanski called for her and then allegedly threw himself on her, hit her and ripped off her clothing before forcefully trying to get her to swallow a pill. Polanski then allegedly raped Monnier and apologized to her afterward, claimed Monnier.

Polanski, 86, was arrested in March 1977 for a number of offenses, and currently remains a fugitive as he fled to France while awaiting sentencing in February 1978. (Reuters)

In the article, Monnier said she told her story to a best friend, then to another individual who eventually became her boyfriend. The French publication reported that both parties corroborated that Monnier voiced to them her encounter with Polanski. Monnier also confided in her husband in 1993, according to Le Parisien.

According to Deadline, Polanski -- whose second wife, actress Sharon Tate, was murdered by members of the Charles Manson "Family" in 1969 -- has not returned to the U.S. since fleeing the country in 1978 after he pleaded guilty to statutory rape. Per the outlet, he left the U.S. before sentencing.

Polanski's attorney did not immediately respond to Fox News' request for comment.
Posted by arclein at 12:00 AM