A researcher Claims to Have Found a 55.000-year-old Artifact Made of Oxygen 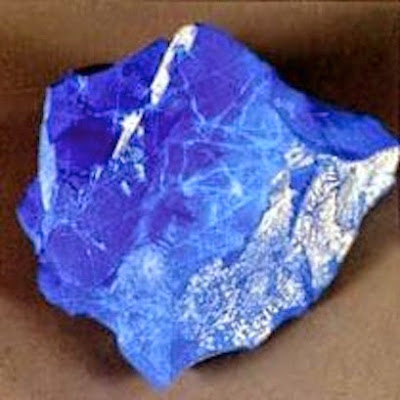 This would likely require high pressure of course, but working up with the ring molecule H3O3 is a great starting point. Please understand that no one except myself understands this could exist.  Now replacing one of those hydrogen atoms with a carbon atom also sharing two bonds with an oxygen atom we have a new molecule CO4H2 setting up. Silica could also replace the carbon in some such molecules.  All this could produce the results now seen.


It is possible to concentrate H3O3 in combination with an anhydrous substance formed from calcium and silicon under extreme pressure.  I do not have all the answers here, but this does lay out a direction for making this substance.

A researcher Claims to Have Found a 55.000-year-old Artifact Made of Oxygen

In 1990 an Italian “geologist” named Angelo Pitoni was visiting Sierra Leone, in the vicinity of the border with Guinea Conakry, to verify if a certain region of the country known as Kono was indeed, a rich deposit of diamonds that could be exploited by the company that had hired him and sought to obtain the concession of exploitation in exchange for building a number of houses for the government.

While studying the region, Pitoni came across an incredible discovery that was for some reason left out in the cold. In an area between Sierra Leone, and Conakry, after removing a few inches of soil a Fullah Chief showed Pitoni one of the most mysterious stones Pitoni had come across in his career. A blue stone with mysterious white lines on its surface.

The tribal chief told Pitoni an ancient legend, which according to them, explains why the area was so rich in diamonds.

The chief Fulah-deeply embedded in the teachings of the Koran told Pitoni how in the mists of time, God found that among his angels a revolt was about to break.

The Angels were expelled to Earth where they became statues, but these did not arrive at Earth alone, according to legend, a great portion of the “sky” and “stars” fell with the angels on Earth. In the eyes of the natives, this explains why the region is rich in so many minerals and diamonds.

Pitoni examined the mysterious rock and thought it was some kind of very pure turquoise, but it is known that there is always some sort of impurities, while this blue, mysterious stone was pure.

After returning to Europe, Pitoni took the blue stone to the Institute of Natural Sciences of Geneva and the University La Sapienza in Rome for analysis. To his surprise, tests showed that the stone was not a turquoise, and it wasn’t even officially cataloged. The blue stone he had discovered not only does not correspond to any known mineral, but the “same” material was also recently located in Morocco by British geologist named Anne Grayson.

The most intriguing thing is that the color of the mineral is not justified by the composition of the stone; Researchers do not understand from what the stone obtains its tonality even though several universities and laboratories have analyzed the artifact; All of them have failed to answer where the color comes from.


Mysteriously, at the University of Utrecht, the stone underwent several tests with acids but none of the acids managed to damage or modify the stone. It was heated to 3.000 degrees Celsius and its composition wasn’t altered. The most interesting part is that when a small piece of the stone was pulverized and viewed under the microscope, it had no color. So far the only thing researchers know is that it has not been made by nature, and it has not originated on Earth.


One of the analyses that deepened the mystery of the “Sky stone”, as it has been called, is when a fragment of the stone was subjected to rigorous examination to determine the composition of the stone and their respective proportions.

[  This describes one carbon atom per molecule and occasional substitution of of calcium and silicon.  Thus the dominant structure includes four oxygen and one carbon.  Arclein ]

But wait a minute, how can oxygen make up a stone?


In preliminary tests with X-rays it was determined that the blue stone was composed mainly of calcium hydroxide -Ca (OH) ²-, calcium carbonate, and calcium silicate -CaCO³- -Ca²SiO4-, but mysteriously, none of these were able to explain how the stone obtained its incredible blue color. Scientists speculated that copper or another transition material could be responsible for the tone, but they were unable to detect any materials in sufficient quantities to confirm their theory.

The plasma spectrometry analysis reduced the oxygen level to 50/100 or 55/100 at most, which apparently is normal in any rock. More mysteries popped up when the stone was submitted to gas chromatography which tried to locate an organic compound in the rock, looking for some sort of “ink” that gave the stone its blue color.

Researchers decided to crush one piece of the rock and mixed it with acetone, hexane, and methylene and enhanced the extractions with ultrasound. Finally, researchers were able to detect an organic compound that was unknown to science. The Sky Stone does, in fact, have a non-mineral element in its composition but it does not reveal much since it is unknown.


According to Pitoni, mass spectrometry revealed the chemical composition of the material and its molecular formula which remains unknown to science.

It was ruled out that the sky stone was a fraud since the molecular formula of it cannot be traced back to anything we know on Earth.

So what is the mysterious blue stone? Is it, in fact, an “artifact” left behind by an advanced civilization? Or is it possible that somehow, this “extraordinary” stone is nothing more but an ordinary” stone which scientists did not get to study properly?

As far as I am concerned, I enjoyed reading about the stone and writing about its history and what it might be. Of course, I do not know its true origin, but it is something interesting well worth researching and reading about. Regrettably, I did not manage to find the locations where the stone was taken for research, nor do I know where the mystery stone is located today.
Posted by arclein at 12:00 AM