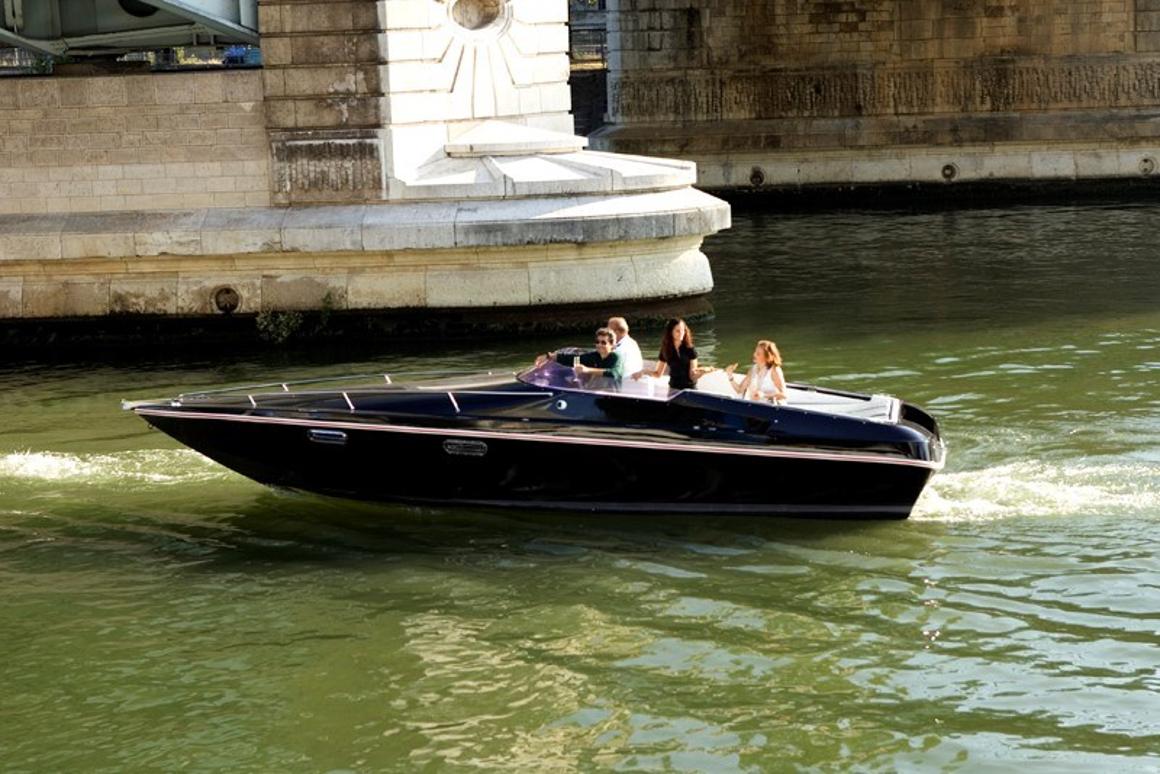 What a lovely idea.  We have thousands of boats tied up against the rare opportunity to actually sail.  Switching out to a battery pod combo makes then eminently operational every day with a modest charging cost.
The only reason that millions are not out on our protected waters has been the fuel bill and the motor maintenance issue.  These things are expensive enough to deter most. Yet the demand is there.  Even a power pod with a hundred pound battery should power a canoe of all things with an outboard rig.
Thus the manufacturers are sure to jump in on this..

Lithium-ion batteries used in electric cars should be good for 10 years (or more) before needing to be replaced. And even when retired from EV life, they're still good for other uses. The Seine Alliance has now revealed one such use scenario in the shape of an all-electric boat powered by second-life batteries.

Going for a jaunt up or down the Seine in Paris is a popular tourist must-do, and there are some 150 or so commercial boats in operation to cater to their needs. River tourism company the Seine Alliance has partnered with Groupe Renault and Green-Vision to launch the Black Swan, an all-electric cruiser that makes use of second-life Renault batteries in a similar fashion to the Nimbus 305 Drophead E-Power from 2017, which was packed with BMW's i3 batteries.

The all-electric passenger craft can quietly take between two and eight people out on the water for up to 2 hours at a time. This is thanks to Li-ion cells that have reached the end of their "first car life" being installed in steel housings under the bench seats.

The Black Swan started life with a fossil fuel powerplant and the total weight of the batteries comes in at 278 kg (612 lb), which is reported to be lighter than the fuel tank of old. Instead of outboard or inboard motors, the boat has two underwater directional units called pods. Each propulsion unit is hooked up to two battery banks for a total nominal power output of 20 kW, which should be sufficient to meet the cruising speed limit in operation along the Seine.

With the introduction of the Black Swan – which will go into service in the first quarter of 2020 – it is hoped that other operators will be encouraged to adopt more eco-friendly cruising options for the busy waterway. The Seine Alliance plans to start refitting another of its boats with all-electric propulsion early next year, with a view to have all of its fleet go 100 percent electric by 2024.
Posted by arclein at 12:00 AM