Electric cars are changing the cost of driving 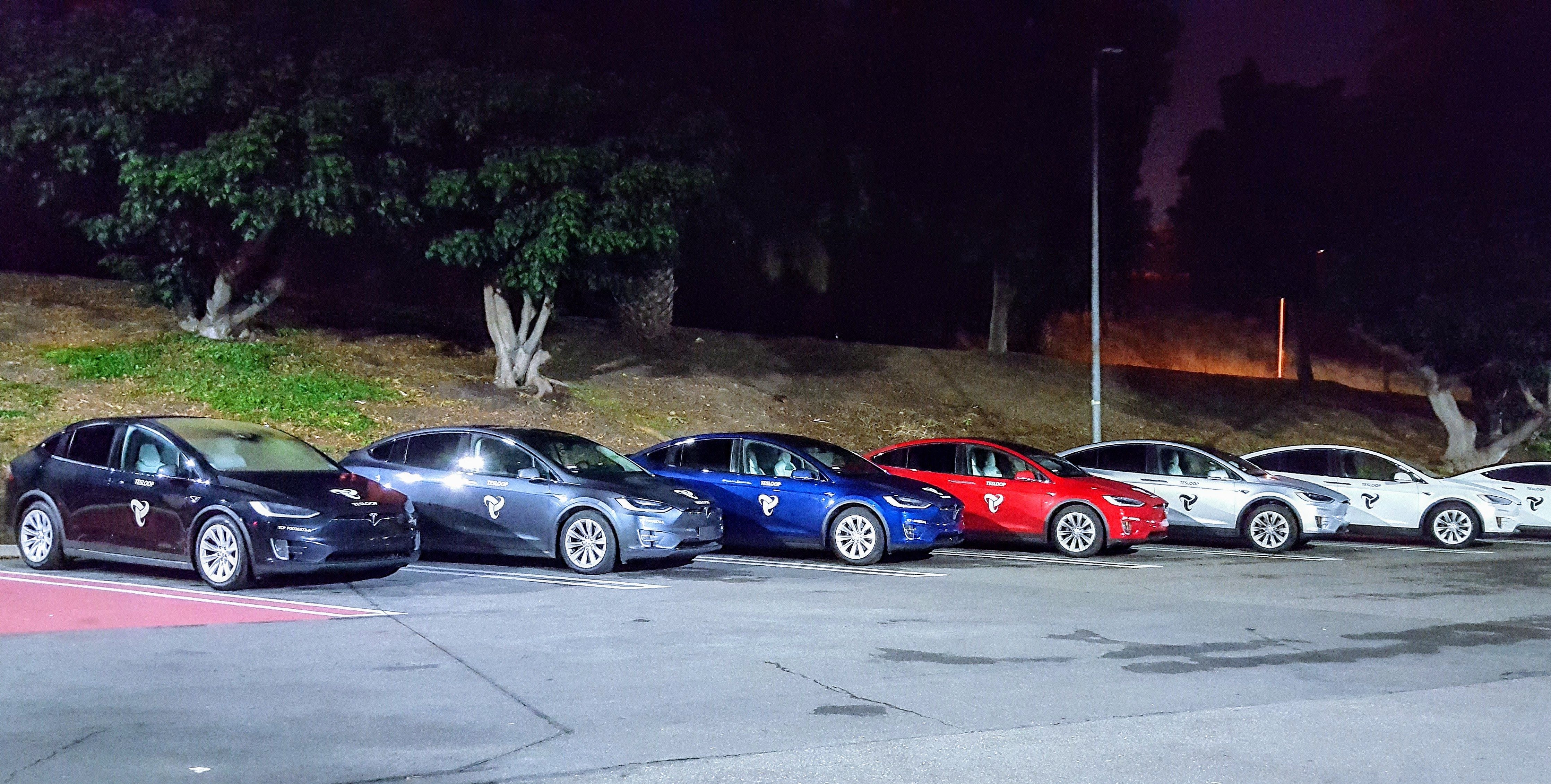 The big take home is that the EV automotive platform will easily last three to five times longer than ever was possible with the gasoline platform.

What we actually are talking about is the drive train and we can presume the control systems.  It will not stop the actual upholstery from wearing out.  Thus we need to design cars with the capacity to change out the whole shell for a new model.

We already see this thinking been introduced.  The industry still needs to sell annual fashions and such a modular system allows that.  After all, soon enough, these cars will be self driving as well.

Electric cars are changing the cost of driving


Few have driven a Tesla to the point at which the vehicle really starts to show its age. But Tesloop, a shuttle service in Southern California composed of Teslas, was ticking the odometers of its cars well past 300,000 miles with no signs of slowing.


The company’s fleet of seven vehicles—a mix of Model Xs, Model 3s and a Model S—are now among the highest-mileage Teslas in the world. They zip almost daily between Los Angeles, San Diego, and destinations in between. Each of Tesloop’s cars are regularly racking up about 17,000 miles per month (roughly eight times the average for corporate fleet mileage). Many need to fully recharge at least twice each day.


These long days have pushed Tesla’s engineering to the limit, making Tesloop an extreme testbed for the durability of Elon Musk’s cars. Tesloop provided Quartz with five years of maintenance logs, where its vehicles racked up over more than 2.5 million miles, to understand how the electric vehicles (EV) are living up to the promise of cheaper vehicles with unprecedented durability compared to their conventional combustion-engine counterparts.


The results reveal Tesla to be a company still ironing out bugs in its products, but one that pushes the limits of what vehicles can do. “When we first started our company, we predicted the drive train would practically last forever,” Tesloop founder Haydn Sonnad told Quartz. “That’s proven to be relatively true.” He notes that every car except one, a vehicle taken out of service after a collision with a drunk driver, is still running. “The cars have never died of old age,” he added.


It’s difficult to know how representative this data is of Teslas overall, given that Tesloop’s fleet is small, but it likely includes a large share of the highest-mileage Teslas on the road—several are nearing 500,000 miles. Finding conventional vehicles to compare is virtually impossible since most fleet cars are typically sold off after 100,000 miles.


But the implications could be huge. Every year, corporations and rental car companies add more than 12 million vehicles in Europe and North America to their fleets (pdf). Adding EVs to the mix could see those cars lasting five times longer—costing a fraction of conventional cars over the same period—while feeding a massive new stream of used electric cars into the marketplace. Whether the future of fleets is really electric, however, depends on the data. And that’s still in short supply.
The promise of EVs


Most commercial vehicle fleets still run on gasoline and diesel, David Hayward, a fleet expert with Deloitte consulting, said. But EVs are top of mind. “Everyone is excited about it and everyone wants it,” he told Quartz. “But there’s trepidation.” The potential savings are huge. Fleet owners’ biggest expenses after depreciation (44%) are fuel (22%) and maintenance and repairs (11%), according to Deloitte. EVs could slash those by more than half.


But unknowns, as well as the limited number of available models, particularly heavier-duty vehicles, have kept fleet owners on the sidelines. Range and charging infrastructure remain major concerns for fleet owners who must ensure recharging isn’t more difficult than refilling at a gas station for salespeople and corporate clients on far-flung trips (most drivers charge at home or work).


Fleet managers interviewed by Quartz said they didn’t have reliable data on how well EVs performed in fleets. One of the first surveys done on EVs came this March when New York City revealed its first lifetime analysis of fuel and maintenance costs for its light-passenger fleet. It found conventional vehicle maintenance was two to four times higher than the $386 spent on EVs. That’s before gas. With some EVs now selling for less than the median price of a car in the US, such as Kia’s $33,145 electric Soul or GM’s $36,620 Bolt. the savings for owning an EV car could be substantial alongside lower fuel costs and greater durability.
Fleet economics


Yet pushing fleet vehicles more than 250,000 miles is uncharted territory. Sonnad, who started Tesloop when he was 15, says the company’s business model relies on EVs to work. The company has shifted its service from shuttles to Tesla rentals, but says only electric vehicles could keep maintenance and fuel costs under control while maintaining nearly daily trips ranging from 100 to 300 miles year after year.


Tesloop’s maintenance logs show the company has spent at least $152,216 across its fleet of seven vehicles, along with four others it operates but does not own, over five years. Most of the money was spent on normal wear and tear and replacing parts such as tires, windshield wipers, new keys, brakes and fixing actuators, and windshield assemblies.


Not all repairs were minor. Tesloop has also had about six battery replacements across the fleet (all of them under warranty). Sonnad says although the batteries have proved durable, despite degradation, they were swapped out due to factory or installation issues. One Tesloop Model X has seen its original battery’s range fall from 260 miles (23%) to 200 miles after covering 330,000 miles (for comparison, pooled data from Tesla owners shows batteries losing about 10% of their charge after 155,00 miles).


Other hardware issues have come up: two axels ($2,557.12) and a row of seats ($5,375.90) have been replaced, and a new windshield took three months to arrive. Finicky retractable door handles in the Model S have failed (which cost $1,500 to replace), and a flash memory chip that was logging so much data that the car was effectively burning it out (replacement cost $1,800), a common problem.


Tesla’s software also strained under such heavy loads. After a few hundred thousand miles, a software glitch began shutting off batteries prematurely, stranding drivers on the side of the road. Telsa has since fixed the issue.


Sonnad said the repairs, while unexpected, were not surprising after such heavy use of a new product. ”The early design iterations are still a liability,” he said. “But they all are remedied by the Model 3.” Sonnad is now switching his fleet to Tesla’s latest vehicle and expects the Model 3 to not only bring down maintenance costs, but ultimately half ownership costs compared to the pricier Model S or X.
How low can it go?


Fleets live or die by their cost per mile. So far, Tesloop’s total cost per mile for maintenance has come in at around $0.06. That’s in line with industry averages for conventional vehicles, says John Wuich, head of fleet analytics for Donlen, a subsidiary of Hertz. But the company’s EVs are logging less time in the garage, since they don’t need oil changes and other services, while blazing far past the 100,000-mile mark after which most fleets sell off cars to keep down the total maintenance costs.


If EVs continued to perform well past this point, the economics of the car market could change. Lower fuel prices and more durable vehicles could, theoretically, push total cost of ownership below conventional vehicles.


Sonnad predicts Tesloop’s Model 3 fleet will see total costs (which includes depreciation, or how much value the car loses before its sold) fall as low as $0.18 to $0.25 per mile after driving past 500,000 miles. That’s less than premium brands such as Mercedes, and even lower than the $0.32 to $0.35 for standard sedans. If high-mileage EVs can be outfitted with cheap refurbished battery packs, Sonnad predicts high-mileage cars that can retain their value will transform the car market collapsing the residual values of used gas cars.


For now, fleet owners are still testing the waters. Wuich, Donlen’s head of fleet analytics, says the company has only about 200 EVs in its fleet. Dain Giesie of Enterprise Fleet Management told Quartz that only a small fraction of more than 570,000 cars in its North American fleet business run entirely on batteries, and most are with government agencies.


Big questions remain about the cost of replacement batteries (if they must be replaced at all), charging infrastructure, depreciation, and matching the right types of vehicles for customers. But interest is there, Giesie argues. “We’re keeping a close eye on it,” he said. “We do think it will be some part of fleet vehicles in the future.”


Looking for more in-depth coverage of electric vehicles? Sign up for a free trial of Quartz membership, and read our premium field guide on China’s electric-vehicle boom.


Clarification: Tesloop’s current fleet has driven a cumulative 2.5 million miles, although earlier estimates in this article included mileage for vehicles not currently in service as well. Enterprise Fleet Management provided Quartz with an incorrect spelling of Dain Giesie’s name. This has been corrected.
Posted by arclein at 12:00 AM