Trump Is History and So Is the USA? 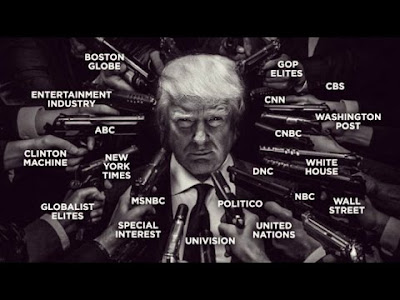 If we accept what we see on the surface, then there is almost no way forward.  The Justice Department continues to operate on what appears to be autopilot in its curious choices.  Yet?

The Deus ex Machina in all of this is Mil Intel known as the Army of Northern Virginia.  Why not allow it to run on auto pilot while they fill the comms with evidence for future prosecution?  We know clearly that a massive Intel sweep took place from the get go of the Trump P residency and processing has been continuous.  Thus we have an unbelievable +124,000 sealed indictments and just now the announcement of a criminal sweep soft balled in with military support.  We knew that anyway, but now we get the cover story.

Yes ladies, it is happening and the DOJ will be cleansed top to bottom.  Perhaps even the academic world will be also shaken to the core.

Trump Is History and So Is the USA

Trump Is History and So Is the USA

When I read this evening in The Hill, which I mistakenly thought was a legitimate news publication rather than a weapon against President Trump and the Republicans, that the documented fact that Joe Biden and his son received between them $1,750,000 for preventing any Ukrainian investigation of the corrupt firm Burisma was mere unsupported “allegation,” and that the Trump Department of Justice had indicted two associates of Rudy Giuliani, President Trump’s most fervent supporter, for “campaign finance violations,” a very elastic term, it became completely clear that Trump’s own Justice (sic) Department is part of the Deep State’s plot to destroy Trump.

Where is the Justice Department’s report on the felonies committed by the Democrats, CIA, and FBI in the effort to use the orchestrated hoax of Russiagate to interfere in the US presidential election by overturning the voters’ will and driving Trump out of office? Where are the indictments for these felonies? Why is the Trump Justice (sic) Department drawing out the expected report and indictments until the Democrats have had all the chance they need to finish off Trump? Why is Trump’s Justice (sic) Department helping the Democrats to destroy Trump. https://thehill.com/homenews/administration/465311-five-things-to-know-about-arrest-of-giuliani-associates

The former prosecutor general of Ukraine has himself testified that he was fired on Joe Biden’s orders, reinforced by the orders of the US ambassador to Ukraine. https://www.scribd.com/document/427618359/Shokin-Statement#download We have the report that Ukrainian MP Andrii Derkach has released documents proving the Bidens’ corruption. http://www.informationclearinghouse.info/52369.htm

We have the letter to the Democrats from the White House legal counsel pointing out that there is no such thing as an ongoing “impeachment inquiry” that denies the accused the ability to contest the evidence and to cross examine accuser witnesses. https://www.whitehouse.gov/wp-content/uploads/2019/10/PAC-Letter-10.08.2019.pdf It is completely obvious that by avoiding a vote to begin an impeachment process, the Democrats intend to throw mud right through the next election without having to produce or confront any evidence or facts. The “inquiry” is not an impeachment. It is an illegitimate use of the concept of impeachment to conduct a propaganda campaign against Trump for which no evidence needs to be produced.

Trump is so far over his head in Washington waters that he is incapable of realizing that the criminal George W. Bush and Obama regimes put powers in the hands of the president that enable him to destroy the plotters of the coup against him. Instead, Trump “distances himself from Giuliani.” In other words, his enemies have Trump on the run. Has it ever occurred to Trump that every real whistle-blower, people protected by statutory federal law, was completely destroyed by the executive branch, and no one said a word? Yet, here is Trump twisting in the wind on the basis of an unknown CIA agent who orchestrated the whistleblower complaint with Democrat House Intelligence Committee Chairman Adam Schiff. In US law there is no such thing as an unknown whistleblower, much less one that has more power than the president of the United States.

We are going to lose a president, who intended to mend America and restore peace, and our country along with him, because American peace and prosperity does not comply with the agendas of the elite who rule us.

The American people are so stupid, having demonstrated their unlimited capability for utter and total stupidity by buying in to the Gulf of Tonkin, 9/11, Saddam Hussein’s “weapons of mass destruction,” “Assad’s use of chemical weapons,” “Iranian nukes,” “Russian invasions,” “Russiagate,” ad infinitum, that the Deep State and their media whores take for granted that the dumbshit Americans will equally accept the latest lie.

America is already in the trash bin of history. Most other countries will say, “good riddance
Posted by arclein at 12:00 AM