Why Are Populist Movements Bonding With Technocracy? 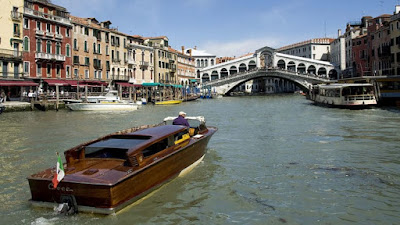 I hardly agree with the sentiments supported in this piece.  What comes home to me is that so called populism needs to be properly expressed through the rise of natural community and through that what i call the rule of twelve.  The elites have always feared the moron who is still an individual and is quite able to damage things.  Problem is that they then equate the demos with those rare morons.

Technology has now allowed the whole Demos to share data and to actually show up as a demanding voting block. There is no obvious structure in place to manage this flow of data and decision.

This is where the natural community itself with a limit of 150 individuals and the internal rule of Twelve allows data to be correctly digested and the so called moron naturally subdued trough internal weight of debate.   This can then all be staged up to provide a universal consensus and resolution.
..

Why Are Populist Movements Bonding With Technocracy?

Technopopulism is the most dangerous trend in modern society because populists generally reject globalization but then turn to Technocracy to run their broken societies, not realizing that Technocracy is the ultimate expression of globalization.

Italy’s new coalition government, composed of the Five Star Movement and the Democratic party, has been praised internationally in a plethora of unlikely plaudits from Jean-Claude Juncker, the outgoing European Commission president and US President Donald Trump to the Vatican.

This alliance of former sworn enemies cannot be explained simply as an effort to keep Matteo Salvini’s far-right nationalist League out of power. Rather, Italy’s new political experiment also represents a synthesis of the two main forces that have defined European politics over the past decade: populism and technocracy.

The Five Star Movement is a quintessentially populist party. It first rose to prominence through its founder and charismatic leader Beppe Grillo’s vehement denunciations of political elites (la casta) and remains committed to a bottom-up form of direct democracy, which sidelines the role of Parliament and intermediary institutions.

Yet, the party is now calling for a “responsible government” to avoid a confrontation with the EU over the upcoming budget. Mr Grillo even suggested that the governing team should be made up of independent “technicians”, though in the end only a few key ministries were not assigned to explicitly partisan officials.

The PD has historically been the party of institutional propriety and stability. It sided with the country’s judicial system in its struggle against former prime minister Silvio Berlusconi and was one of the main supporters of Mario Monti’s technocratic government after the 2011 economic crisis. Yet, it is now calling for a “radical turn” in the way the country is run and has proposed the new executive be labelled the “government of novelty”.

What is taking shape in Italy is a paradoxical cross-breed of populism and technocracy — or techno-populism. It marries an anti-establishment appeal and calls for radical political change with claims to institutional responsibility and fiscal competence, designed to reassure international partners and global investors. What holds them together is what they both stand against.

Far from being at odds with one another, populism and technocracy are actually two sides of the same coin. As political scientist Jan-Werner Müller has pointed out, “populism holds that there is only one authentic will of the people”, whereas “technocracy holds that there is only one correct policy solution”. They therefore share a deeply anti-political strain: each claims to possess some kind of “truth” which makes parliamentary politics redundant and leads them to see opponents as enemies.

It is no coincidence that both Mr Grillo and former PD prime minister, Matteo Renzi have described Mr Salvini as a “barbarian”. Yet Five Star is just coming out of a coalition with the League, and Mr Renzi’s government once relied on votes from the centre-right to keep the “dangerous” Five Star Movement out of power.

In a system in which populism and technocracy are the only options on offer, every government is bound to present itself as a way of staving off catastrophe, since the opposite of the “one authentic will of the people” or the “one correct policy solution” must be either political error or malice.
Posted by arclein at 12:00 AM