A "Red Army of Mediocrities": Our Soviet-Style University System 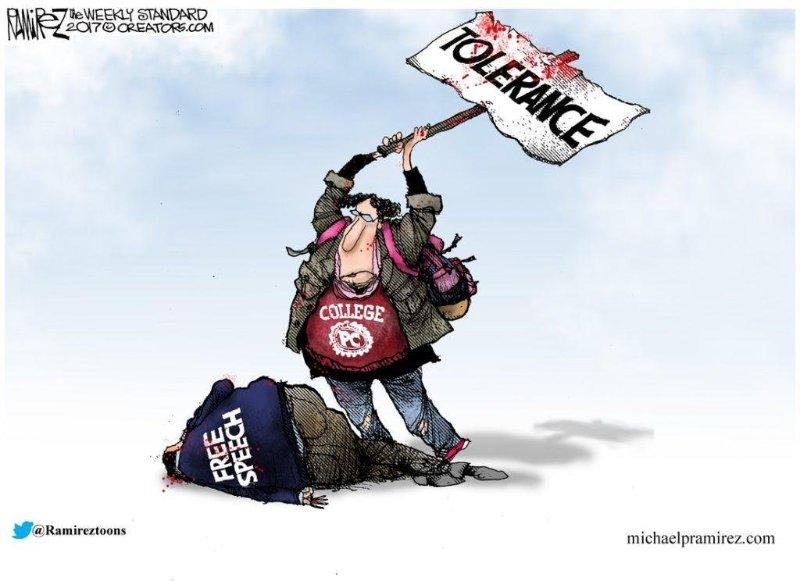 To start with, our university system needs to contract by perhaps ninety percent and refocus as an elite academic system that supports  knowledge creators in particular whose members have all collected two PHDs.

Colleges can then focus on undergrad studies in particular and trade accreditation as well.  This is not too much to ask.  Virtually all STEM students end up in commercial oriented programs.  They all need skilled teachers but that is that.

Better yet, i do think that all STEM Students need to enter through apprenticeship programs as well and that particularly includes programming.  There is little need for extensive programing knowledge or even math prep when the bulk of all that work is fitting apps together and applying simple logic.

I wonder just how many programmers today could write a successful converging function program to replace any that they now use that works better or even one that works..

A "Red Army of Mediocrities": Our Soviet-Style University System

In an April 15 Boston Globe article entitled “A Message to All Professional Thinkers: We Either Hang Together or We Hang Separately,” historian Niall Ferguson described the now-routine “outing” of conservative professors at American Universities by the hard-Left Marxists who control most of them. The usual procedure is to first lie about something the conservative (or libertarian) supposedly said to whip a “Twitter mob” into a hateful frenzy. The local media then pick up on it and pile on. Spineless faculty “colleagues” either cower in fear or join the mob by signing a petition to curry favor with the administration (to increase their chances of another 1 percent pay raise). If the conservative or libertarian professor is not tenured, he or she is fired. Otherwise, he or she is marginalized, harassed, discriminated against, and “encouraged” to leave voluntarily to avoid such a miserable existence. No human resources bureaucrats are ever concerned about “hostile work environments” when it comes to academic conservatives or libertarians; only the Left is to be protected from hostility and “insensitive” speech.

The KGB-style faculty and administrators who enforce this pervasive censorship are what Ferguson calls a “Red Army of Mediocrities.” They are mediocrities because very few of them are real scholars but uneducated political rabble rousers who simply stayed in school their entire adult lives, armed with terminal degrees in such phony and fraudulent academic “disciplines” as “Feminist Theology” or “Global Studies.” They are, says Ferguson, descendants of “the illiberal, egalitarian ideology that once suppressed free speech in Eastern Europe.”The Real Lincoln: A Ne...Thomas J. DilorenzoBest Price: $1.99Buy New $7.68(as of 11:05 EDT - Details)

It’s far worse than Ferguson describes in his short op-ed, for anti-conservative and anti-libertarian discrimination in hiring has been rampant for decades. Yours truly recalls attending a Liberty Fund conference about thirty years ago where one of the other participants, Professor Henry Manne, remarked that “we have lost the universities.” That was thirty years ago, and he was referring to the nearly complete Leftist takeover already, at that time, of the American university system and its assault on academic freedom and free speech. The Leftist assault on free speech has festered exponentially since then with speech codes, safe spaces, requirements to report to the authorities “unsafe speech,” the organization of riots to “protest” conservative campus speakers, and other Stasi/KGB-style tactics.

There are a few exceptions here and there, such as Grove City College and Hillsdale College, neither of which has ever accepted government funding, and a few academic programs funded by wealthy alumni, but they are a drop in the academic ocean. Even then, the conservative academics funded by such alumni donors are usually thought of by the majority Leftist faculty as imposters in need of extermination and expulsion.

Such programs may comprise less than one percent of a university’s faculty budget, with the rest funded by government, yet the Leftist faculty complain endlessly about the supposedly illegitimate “bias” caused not by the 99% government funding but by the minute private funding. Political funding of 99% of a university’s budget could not possibly create a pro-government bias in research and teaching, they insist; only private, voluntary donations can do that. This goes for hundreds of incorrectly labeled “private” colleges and universities which, though calling themselves “private,” receive millions or billions in government funding annually. “He who takes the king’s shilling becomes the king’s man” is as true as ever.

Niall Ferguson ends his op-ed with a call for a “Nonconformist Academic Treaty” among university faculty and administrators who still defend freedom of speech. The communistic academic censors must be confronted with “massive retaliation,” just as the Soviet Union was threatened with such by NATO during the Cold War, he says. This is what he means when he says that “we” must hang together or hang separately.

Such a “treaty” would likely garner very few signatures because of the fact that, with few exceptions, American academe is a socialist institution. Almost every last college and university is partly or totally funded by government, and with government funding comes government control of the means of production, the very definition of socialism. Almost all university professors are therefore essentially government bureaucrats and, like all bureaucrats, they understand that the way to survive is to never, ever, break the rules or rock the boat, no matter how rotten the rules may be. They understand that if they do, the Red Army of Mediocrities will take its revenge, fire them if possible, or at least never again give them a merit pay raise. They may also end up being assigned an 8 A.M. class on the main campus along with an evening class at one of the far-away branch campuses on the same day as an added touch of petty revenge.

University boards of trustees are mostly useless since they are easily bamboozled, lied to, or intimidated by academic administrators. Many of them remain quiet, for to complain and not be asked back as a trustee may harm their social lives. (At my own place of employment alumnus Tom Clancy, the famous author, once complained at a trustee meeting that the tuition was so high that the son of a mailman like himself could never afford it. He was dropped from the board the next year). There are no shareholders since universities are either government bureaucracies or “nonprofit” institutions, so there is no shareholder pressure either. It is even confusing as to who the real “consumers” are since the students who sit in the classrooms are rarely the ones paying the extortionate tuition bills – at least until they graduate and are confronted with mountains of government-guaranteed student-loan debt.The Road to Serfdom: T...F. A. Hayek, Bruce Cal...Best Price: $2.31Buy New $2.99(as of 10:05 EDT - Details)

All of this creates a socialistic system of monopoly control of “higher” education that is now firmly in the hands of Leftist ideologues and a large army of uneducated, academic frauds and imposters who are sworn enemies of free speech, academic freedom, and freedom of inquiry. As F.A. Hayek warned in The Road to Serfdom in a chapter entitled “The End of Truth,” under collectivism of any form, “truth” is not determined by research, discussion, debate, and scientific inquiry, but by the platitudes and decrees handed down by the state. In such a world “contempt for intellectual liberty” is “found everywhere among intellectuals who have embraced a collectivist faith and who are acclaimed as intellectual leaders.” Under such a regime “intolerance, too, is openly extolled,” wrote Hayek in 1944. This is a perfect description of American universities today.

This is the road American academe has been on for several generations now, and no “treaty” among conservative professors, most of whom are, like all government bureaucrats, just counting the days until retirement, is likely to salvage what is left of academic freedom. Salvation will lie in the private institutions of the civil society, educational institutions like the Mises Insitute, the home-schooling movement, the Ron Paul Curriculum, and most importantly, the secession of the masses from the socialist indoctrination academies that American universities, like the “public” schools, have become. Meanwhile, we need more Niall Fergusons to at least ring alarm bells over the necessity of mass resistance.
Posted by arclein at 12:00 AM