Why a Mathematician cannot have an opinion on Global Warming 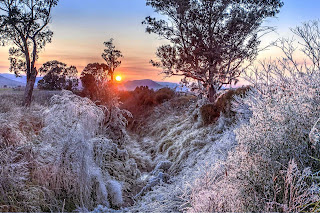 Let us try to make this as simple as possible.  The Great Ice Age lasted over 5,000,000 million years.  During this epoch, the global temperature variation has been determined to be around plus or minus five degrees.  In practice these are averages and the real time variation was horrendous outside of the tropics and sometimes really dicey there.  Climate stability was only plausible on the continental shelf then nicely exposed as all the water was trapped in the northern ice Sheet.

Even on the continental shelf outside of the tropics, a blizzard could blow in at any time coming off the Ice sheet.  Think of a mass of minus fifty air dumping down through any old river valley and sliding under the warm air mass along the coast.  This would trigger a huge blizzard destroying all the usual emergent vegetation.  The Pacific Rain forest could actually handle this but not anything else.  The whole northern hemisphere was essentially untenable for agriculture.  That is what was until 12900 BP.

Then we had the Pleistocene Nonconformity which has now been also associated with a significant Comet impactor on the Ice Sheet.  It is my conjecture that this was a targeted event which directly tilted the crust south by fifteen degrees through Hudson Bay.  The event itself led to the Gulf Stream powering up and this then removed the Ice Cap over the next two thousand years in particular and with additional changes through around three thousand years ago.  Right now i am the only person asserting this, but I am following up on Hapwood and Einstein.  For the nonce it does not matter.

What this produced is the Holocene epoch which is almost ten thousand years long and on the basis of my reasoning will likely last several millions of years at least or ultimately much longer.  The elimination of the Northern ice Cap was produced a global temperature variation of plus or minus one degree.  This is a huge change obviously.  That is why the whole Northern hemisphere and the tropics and even most of the south-lands are completely available for agriculture and human occupation.

An average variation of plus or minus one degree still allows ample local variation we all know so well as the weather but it must take long data cycles to establish a possible direction.  Better yet a measured variation of a half of a degree over perhaps a century still tells us nothing about whether there is any risk of breaking out of the Holocene at all. It really remains far too soon to tell.

From the geological record we know that the Bronze Age experienced a warmer Earth brought about by heat capture by the forests of the Sahara Desert and the Middle East.  That may well have still been a half degree or so.  This is also obviously desirable in humanities future and the whole enterprise is also now well begun in both Africa and China.

What must now be abundantly clear is that it is mathematically impossible to confirm either direction or magnitude on the basis of the short samples that are possible to collect.  The data sets are way too short to even test against a random walk with any hope of proving significance.  Even if the entire Boreal forest burned down this year, it would still not be significant.  Surprising yes, but not significant..