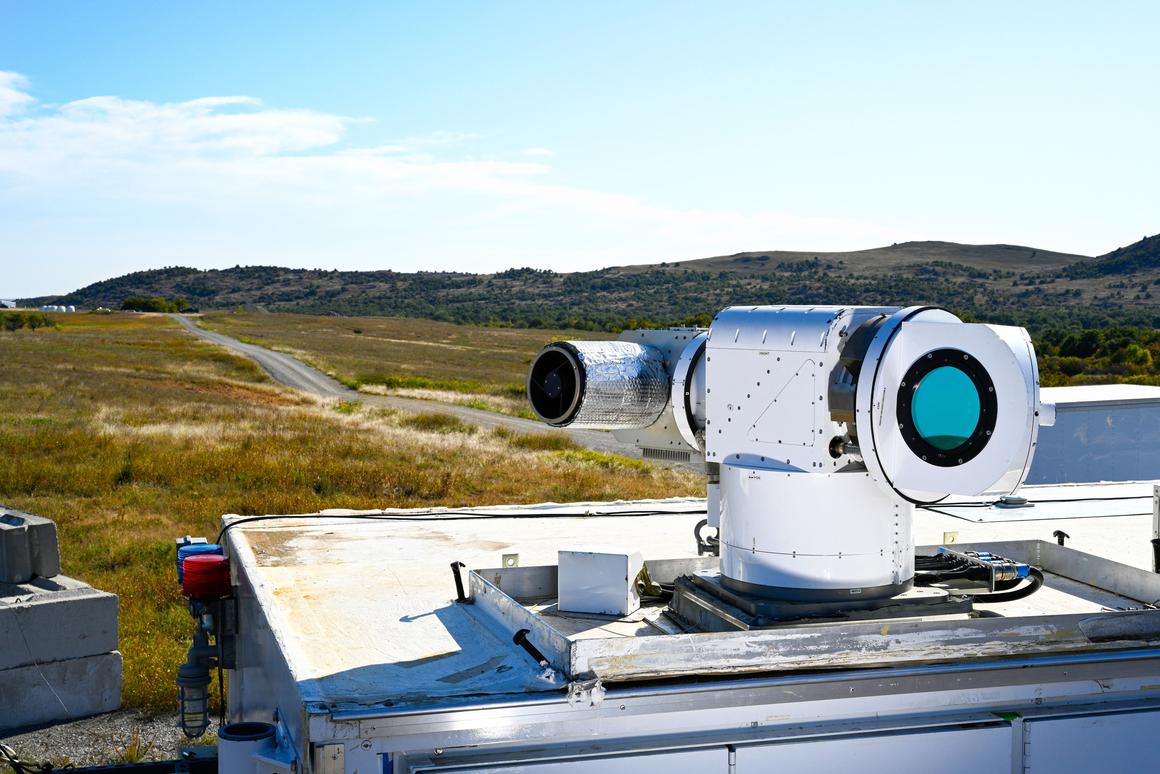 As I have posted before, this technology was operational decades ago.. What we are getting is a program of revelation allowing it to be used on much more conventional platforms.
What it certainly can do is defend  against flights of incoming drones.  That treat is now serious enough that this tech has to be mounted on static hard points.  Now imagine linking this up with the software operating the Iron Dome.
Again this things also knocks down incoming missiles even if they only fry their sensors...
ATHENA laser weapon counters multiple drones in full-integration test

Lockheed Martin's Advanced Test High Energy Asset (ATHENA) laser weapon engaged and destroyed multiple drone threats in a recent field test at a US government test range at Fort Sill, Oklahoma. The laser weapon system being developed for the US Air Force was used against a mix of fixed-wing and rotary drones with the aid of government command and control systems.

The development of laser weapons requires more than just creating more and more powerful beam generators. Such systems must also be compact, portable, and robust enough to deploy in the field; able to track and lock onto a target; and be able to keep the beam stable over long distances.

In addition, to be practical, such weapons must be able to integrate with existing command and control systems and radar sensors. It was to demonstrate this that was the focus of the Fort Sill test, where the ATHENA laser was operated by airmen, who were given radar tracks of the drones, which then allowed ATHENA's beam director to slew, acquire, track, and shoot down the targets using its high-energy laser.

This integration is what Lockheed calls "full kill-chain performance," which is a key requirement of the US Department of Defense for anti-drone laser weapons.

"We've watched in recent news this type of laser weapon solution is essential for deterring unmanned vehicle type threats, so it's an exciting time for us to watch airmen compete Lockheed Martin's critical technology," says Sarah Reeves, vice president of Missile Defense Programs for Lockheed Martin. "ATHENA has evolved to ensure integration and agility are key and it remains an affordable capability for the warfighter."