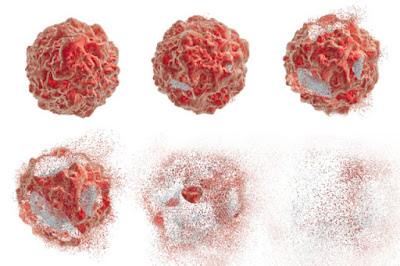 Immunitherapy is now beginning to appear and will soon dominate.  It always was the road forward, but has now gathered enough momentum to see a lot of good news.

Do notice that the quoted med was able to quickly cure twenty percent of patients.  While one in five is disappointing, what is exceptional is the complete elimination of the cancer itself.  This is not typically seen which is why we see multiple series of Chemo after.

James Allison, a former Nobel prize winner, has is working on a new immunotherapy treatment to join the fight against cancer. The treatment makes it so the immune system can fight cancer cells the same way it fights regular disease. So instead of  “slowing down” like it normally would against cancer cells, it actually attacks them.
Allison currently works at MD Anderson Cancer Center as a researcher. He earned his Nobel Prize in Physiology and Medicine in 2018 for his groundbreaking checkpoint inhibitor therapy. He was also recently featured on a podcast called “Point of Discovery” produced by Marc Airhart. Airhart runs the podcast for the University of Texas’ College of Natural Sciences. The podcast tries to show exciting scientific discoveries happening at the University of Texas.
Immunotherapy
On the podcast, Airhart talked about immunotherapy. Immunotherapy is a cancer treatment that works by stimulating the body’s immune system to fight cancer. The host said that this kind of treatment used to be considered a crazy idea. Allison explained that it was considered crazy because the treatment doesn’t focus on the cancer cells, it focuses on the immune system itself. Researchers were convinced immunotherapy did not have the capability to work.
But Allison was not convinced. He continued to research immunotherapy, and he found that cancer has a way of stopping the immune system from working while it attacks the body. He compared this effect to a person stepping on the brakes of a car. Allison then decided to find a way to interrupt this “braking” process that cancer caused in the body. If he could do that, then Allison believed the immune system could fight the cancer cells better.
How the Research Works
Allison said they first determined what kind of antibody could stop the brakes. Then he and his researchers injected that antibody into mice with tumors. He said the tumors simply began to “melt away.” There were almost no tumors that Allison and his team could not cure through a combination of this immunotherapy and radiation.
The drug that they injected that contains the antibody is called ipilimumab. Allison decided that the next step in his research was to partner with a pharmaceutical company. This would allow him to continue to perform high level testing on the drug.
Continuing the Testing
The first test Allison did with the pharmaceutical company was a clinical trial on people with melanoma, an aggressive kind of skin cancer. One woman who was in the clinical trial saw shocking improvement in her cancer. She was very sick at the beginning of the testing and was about to be put into hospice care. But after a single treatment of ipilimumab, her tumors were almost entirely gone. Today, that woman is completely fine with no evidence of cancer.
The Food and Drug Administration approved Allison’s impressive treatment almost ten years ago, and thousands of people have used it since then. Twenty percent of the people that have used it went into complete remission afterward.
Posted by arclein at 12:00 AM