When Gravity Breaks Down 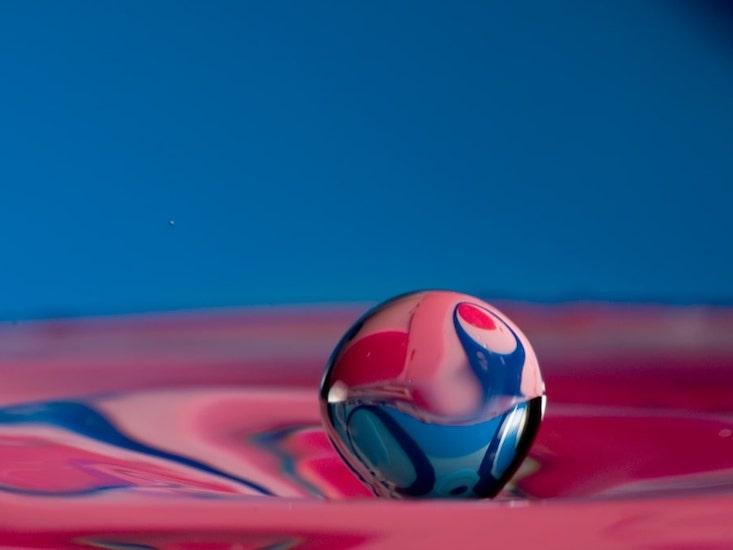 It is my contention that gravity is a natural result of the reality that the inverse of empirical infinity is not zero at all.  Thus the underlying metric of space is naturally positive overall but slightly so and really scaled at the lowest possible scaling unit.

If you understood what i just said do connect.

quantum is useful as has long been shown but only estimates.  Recently they proved a 'quantum' transition happened in steps, in effect showing my paging approach to TIME...

When Gravity Breaks Down

Gravity has no quantum properties and it drives physicists crazy.

Theoretical physicists have known since the 1930s that quantum gravity is necessary to bring order into the laws of nature, but 80 years on, a solution isn’t anywhere in sight. Photo by Andrea / Flickr.


Albert Einstein’s theory of general relativity is more than a hundred years old, but still it gives physicists headaches. Not only are Einstein’s equations hideously difficult to solve, they also clash with physicists’ other most-cherished achievement, quantum theory.


It’s a hard problem, even for big-brained people like theoretical physicists. They have known since the 1930s that quantum gravity is necessary to bring order into the laws of nature, but 80 years on, a solution isn’t anywhere in sight. The major obstacle on the way to progress is the lack of experimental guidance. The effects of quantum gravity are extremely weak and have never been measured, so physicists have only math to rely on. And it’s easy to get lost in math.


The reason it is difficult to obtain observational evidence for quantum gravity is that all presently possible experiments fall into two categories. Either we measure quantum effects—using small and light objects—or we measure gravitational effects—using large and heavy objects. In both cases, quantum gravitational effects are tiny. To see the effects of quantum gravity, you would really need a heavy object that has pronounced quantum properties, and that’s hard to come by.


Physicists do know a few naturally occurring situations where quantum gravity should be relevant. But it is not on short distances, though I often hear that. Non-quantized gravity really fails in situations where energy-densities become large and space-time curvature becomes strong. And let me be clear that what astrophysicists consider “strong” curvature is still “weak” curvature for those working on quantum gravity. In particular, the curvature at a black hole horizon is not remotely strong enough to give rise to noticeable quantum gravitational effects.


Curvature strong enough to cause general relativity to break down, we believe, exists only in the center of black holes and close by the Big Bang. In both cases the strongly compressed matter has a high density and a pronounced quantum behavior which should give rise to quantum gravitational effects. Unfortunately, we cannot look inside a black hole, and reconstructing what happened at the Big Bang from today’s observations, with present measurement techniques, cannot reveal the quantum gravitational behavior.


Curvature strong enough to cause general relativity to break down, we believe, exists only in the center of black holes and close by the Big Bang.


The regime where quantum gravity becomes relevant should also be reached in particle collisions at extremely high center-of-mass energy. If you had a collider large enough—estimates say that with current technology it would be about the size of the Milky Way—you could focus enough energy into a small region of space to create strong enough curvature. But we are not going to build such a collider any time soon.


Besides strong space-time curvature, there is another case where quantum effects of gravity should become measurable that is often neglected: By creating quantum superpositions of heavy objects. This causes the approximation in which matter has quantum properties but gravity doesn’t (the “semi-classical limit”) to break down, revealing truly quantum effects of gravity. A few experimental groups are currently trying to reach the regime where they might become sensitive to such effects. They still have some orders of magnitude to go, so not quite there yet.


Why don’t physicist study this case closer? As always, it’s hard to say why scientists do one thing and not another. I can only guess it’s because, from a theoretical perspective, this case is not all that interesting.


I know I said that physicists don’t have a theory of quantum gravity, but that is only partly correct. Gravity can, and has been, quantized using the normal methods of quantization already in the 1960s by Richard Feynman and Bryce DeWitt. However, the theory one obtains this way (“perturbative quantum gravity”), breaks down in exactly the strong curvature regime that physicists want to use it (“perturbatively non-renormalizable”). Therefore, this approach is today considered merely a low-energy approximation (“effective theory”) to the yet-to-be-found full theory of quantum gravity (“UV-completion”).


Past the 1960s, almost all research efforts in quantum gravity focused on developing that full theory. The best known approaches are string theory, loop quantum gravity, asymptotic safety, and causal dynamical triangulation. The above mentioned case with heavy objects in quantum superpositions, however, does not induce strong curvature and hence falls into the realm of the boring and supposedly well-understood theory from the 1960s. Ironically, for this reason there are almost no theoretical predictions for such an experiment from either of the major approaches to the full theory of quantum gravity.


Indeed, the quantization procedure for Yang-Mills theories is a logical nightmare.


Most people in the field presently think that perturbative quantum gravity must be the correct low-energy limit of any theory of quantum gravity. A minority, however, holds that this isn’t so, and members of this club usually quote one or both of the following reasons.


The first objection is philosophical. It does not conceptually make much sense to derive a supposedly more fundamental theory (quantum gravity) from a less fundamental one (non-quantum gravity) because by definition the derived theory is the less fundamental one. Indeed, the quantization procedure for Yang-Mills theories is a logical nightmare. You start with a non-quantum theory, make it more complicated to obtain another theory, though that is not strictly speaking a derivation, and if you then take the classical limit you get a theory that doesn’t have any good interpretation whatsoever. So why did you start from it to begin with it?


Well, the obvious answer is: We do it because it works, and we do it this way because of historical accident not because it makes a lot of sense. Nothing wrong with that for a pragmatist like me, but also not a compelling reason to insist that the same method should apply to gravity.


The second often-named argument against the perturbative quantization is that you do not get atomic physics by quantizing water, either. So if you think that gravity is not a fundamental interaction but comes from the collective behavior of a large number of microscopic constituents (think “atoms of space-time”), then quantizing general relativity is simply the wrong thing to do.


Those who take this point of view, that gravity is really a bulk-theory for some unknown microscopic constituents, follow an approach called “emergent gravity.” It is supported by the (independent) observations of Ted Jacobson, Thanu Padmanabhan, and Erik Verlinde, that the laws of gravity can be rewritten so that they appear like thermodynamical laws. My opinion about this flip-flops between “most amazing insight ever” and “curious aside of little relevance,” sometimes several times a day.


Be that as it may, if you think that emergent gravity is the right approach to quantum gravity, then the question where gravity-as-we-know-and-like-it breaks down becomes complicated. It should still break down at high curvature, but there may be further situations where you could see departures from general relativity.


Verlinde, for example, interprets dark matter and dark energy as relics of quantum gravity. If you believe this, we do already have evidence for quantum gravity! Others have suggested that if space-time is made of microscopic constituents, then it may have bulk-properties like viscosity, or result in effects normally associated with crystals like birefringence, or the dispersion of light.


In summary, the expectation that quantum effects of gravity should become relevant for strong space-time curvature is based on an uncontroversial extrapolation and pretty much everyone in the field agrees on it.* In certain approaches to quantum gravity, deviations from general relativity could also become relevant at long distances, low acceleration, or low energies. An often neglected possibility is to probe the effects of quantum gravity with quantum superpositions of heavy objects.


I hope to see experimental evidence for quantum gravity in my lifetime.


Sabine Hossenfelder is a Research Fellow at the Frankfurt Institute for Advanced Studies where she works on physics beyond the standard model, phenomenological quantum gravity, and modifications of general relativity. If you want to know more about what is going wrong with the foundations of physics, read her book Lost in Math: How Beauty Leads Physics Astray.