Doug Casey: “This is Going to be One for the Record Books” 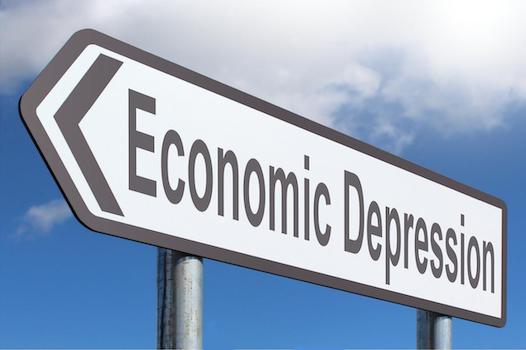 Financial pundits have been looking for the next depression for decades.  We have had recessions and the Obama recessions was the longest since the Great Depression.  Yet it was a recession in which a great deal of consolidation took place. This set the stage for the Trump rebound which came about mostly with jawboning because it was waiting to happen.
The economy now grinds out inefficiency easily enough simply because innovation is literally reworking all aspects of the economy.  Better yet the USA dumped all its obsolete industry on ?china setting the stage for an massive industrial recovery with the establishment of global fair trade rules which the USA can demand and is now demanding.
Fair trade rules need to be properly addressed as a global enterprise and as soon as possible.  What also needs to be addressed is the complete elimination of global poverty through a natural community protocol and credit management under the rule of twelve.  Understand the pay off here.  Crystallizing a thriving model for the lowest economic sector literally ensures that the remaining ninety percent are doing just dandy.  Not understanding that has been the central economic failure of the modern world.
The Communists made everyone 'equal' but never thriving and choked access to even internal capital and credit.  The developing world takes its lead from a top down credit system that fails in its reach through logistical failure as does the fully developed world..  ...

Doug Casey: “This is Going to be One for the Record Books”

Just because society experiences turmoil doesn't mean your personal life has to. And a depression doesn't have to be depressing. Most of the real wealth in the world will still exist—it will just change ownership.

What is a depression?

We’re now at the tail end of a very long, but in many ways a very weak and artificial, economic expansion. At the same time we’ve had one of the strongest securities bull markets in history. Both are the result of trillions of new dollars created over the last decade. Right now very few people are willing to consider the possibility of tough times—let alone The Greater Depression.

But, perverse though it may seem, this is the very best time to think about it. The U.S. economy is a house of cards, built on quicksand, with a tsunami on the way. I urge everyone to read up on the topic. For now, I'll only briefly touch on the nature of depressions. There are at least three good definitions of the term:

Using the first definition, any natural disaster can cause a depression. So can living above your means for long enough. But the worst kind of depression has not just economic effects, but economic causes. That's where definitions 2 and 3 come in.

What can cause distortions in the way the market operates, causing people to do things they'd otherwise consider unreasonable or uneconomic? Only government action, i.e., coercion. This takes the form of regulation, taxes, and currency inflation.

Always under noble pretexts, government is constantly directly and indirectly inducing people to buy and sell things they otherwise wouldn't, to do things they'd prefer not to, and to invest in things that make no sense.

These misallocations of capital subtly reduce a society's general standard of living, but the serious trouble happens when such misallocations build up to an unsustainable degree and reality forces them into liquidation. The result is bankrupted companies, defaulted debt, and unemployed workers.

The business cycle is caused mainly by currency inflation, which is accomplished today by the monetization of government debt through the banking system; essentially, when the government runs a deficit, the Federal Reserve buys its debt, and credits the government’s account at a commercial bank with dollars. Using the printing press to create new money is largely passé in today's electronic world.

Either way, inflation sends false signals to businessmen (especially those who get the money early on, as it filters through the economy), making them overestimate demand for their products. That causes them to hire more workers and make capital investments—often with borrowed money. This is called "stimulating the economy."

Inflating the currency can actually drive down interest rates for a while, because the price of money (interest) is lowered by the increased supply of money. This causes people to save less and borrow more, just as Americans have been doing for years. A lot of that newly created money goes into the stock market, driving it higher.

It all looks pretty good, until retail prices start rising as a delayed consequence of the increased money supply, and interest rates skyrocket to reflect the depreciation of the currency.

Rather than let the market adjust itself, government typically starts the process all over again with a new and larger "stimulus package." The more often this happens, the more ingrained become the distortions in the way people consume and invest, and the nastier the eventual depression.

This is why I predict the Greater Depression will be ... well ... greater. This is going to be one for the record books. Much different, much longer lasting, and much worse than the unpleasantness of 1929-1946.