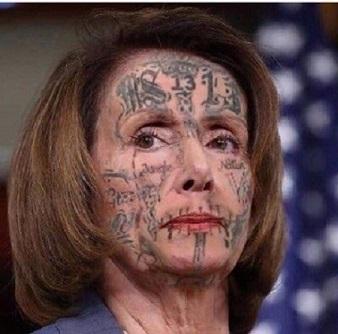 This looks like a purge aimed at blocking retribution but may also be to block disclosure itself.

Whatever it is, it is heavy handed and involving largely small players which keeps it below the radar.  Yet it seems related to Pizzagate in particular and the whole Clinton world.  Someone must have gathered a lot of information to identify the key targets.

Alternately, they are all in witness protection.  In that case something is coming down in terms of the Child sex trafficking investigation and its relationship to HRC.

Death by gunshot must by pass a lot of process, at least long enough for the needs of witness protection..

This has nothing to do with coincidence of course and makes the Clinton body count almost business as usual
.


By Dave Hodges and Alexandra Daley

CSS contributor, Alexandra Daley, sent a me a list of documented murders, alleged murder/suicides and outright murders that seemed out of the ordinary. In total, there were 10 high profile deaths in only 72 hours.

It has long been established that cartel activity largely consists of the big three activities of drug trafficking, child-sex-trafficking and gun running. The cartels, which are now a hybrid model of the marriage between Middle East terror groups and the drug cartels have long employed the violent Central American street gangs to carry out political, media and law enforcement assassinations. In Mexico, in the last campaign cycle, 400+ politicians were murdered, an untold number of law enforcement officials were assassinated along with many family members, and journalists were killed at record rates in Mexico. With the importation of fully intact cartels into America, it is only a matter of time until the same behaviors surface inside the United States. Some think, as I am beginning to, that MS-13 has already reared its ugly head and they are likely active in the political assassination game.

As an aside, I was recently asked by a talk show host why MS-13 was being imported into the United States and I replied "When political assassinations are planned, along with media figures and law enforcement offtcers (LEO), the brutal use of MS-13 can lead to a complete destabilization of our society while keeping the CIA and the Clinton Foundation hands clean in this arena.

After Alexandra sent me the list of ten murdered individuals, some facts began to jump our at me as several of the ten murdered individuals were involved in areas of criminality that the cartels/terrorists are deep involved in on this side of the border. However, I must say that these people could have more easily been Arkancided, because in one way or another, each death is related to Hillary.

Arkancided is a term reserved for the long list of people who posed a legal threat to the freedom of the Clintons and the continuance of their organized crime activities. Of the ten who were murdered, six of them were directly related to child sex trafficking, related Clinton emails to this effect, and specifically to Comet Pizzagate.

Remember, all of the following died mysteriously within a 72 hour period. Can anyone else say "The Purge".

Linda Collins-Smith, former Arkansas state senator, died of gunshot wounds and in a bizarre manner, her body was wrapped in blanket. Was this a symbolic gesture for a "coverup".

Jonathan Nicole wass a former State Senator, as was Collins-Smith. Specifically, Nicole was an Oklahoma state senator who also died of died of gunshot wound. In a "message killing fashion" a gun found on table near the body. Both State Senators remind me

Steven Silks, the now deceased New York Deputy allegedly committed suicide by gunshot. He was only a month away from his retirement which makes this "suicide" highly unlikely.. He was one of the few  people who have actually seen the horrifying sand graphic details on on Anthony Weiner’s laptop that supposedly made men cry. these are the emails that many believe got Seth Rich murdered.
These are the 33,000 emails that the Clintons', the Deep State and Obama appointed Democratic judges have worked so hard to cover up as they block the release to the public.
Joseph Calabrese, an NYPD homicide detective  committed suicide with his on gunshot as he was another who had seen the infamous the Pizza Grate related Anthony Weiner’s laptop
Herb Sandler was another "Pizzagater" tied to the infamous Comet Pizzagate and the Podesta emails that have largely been kept out of the public eye.
Tony Rodham, He the most notable member of this tragic list, is none other than Hillary Clinton’s Brother. In a very bizarre twist of fate, the cause of death is not being released. Was it a heart attack, a gunshot, was he tortured to death, or something like what happened to Justice Scalia? I cannot remember high profile death where the cause of death was not at least vaguely referred to with regard to the cause of death.
Conclusion
I fully admit that the odds favor that these six individuals were taken out by the Clinton death squads.


However, I previously warned five years ago when it was discovered that MS-13 entry into this country was given priority by DHS/UN officials who were ordering the Border Patrol on how to do their job. Regardless, one day soon, if it has not already happened, we will see a slew of political and law enforcement assassinations at the hands of MS-13. With regard to the entry of MS-13 into the borderless United States, please take note of the cover photo. I wanted to give credit where credit is due. Thanks to Marilyn Rupar for sending this most accurate representation of the Democratic Party's leader as being an innovator in illegal immigration. Welcome to the new America.
Posted by arclein at 12:00 AM