There’s Evidence on How to Raise Children, but Are Parents Listening? 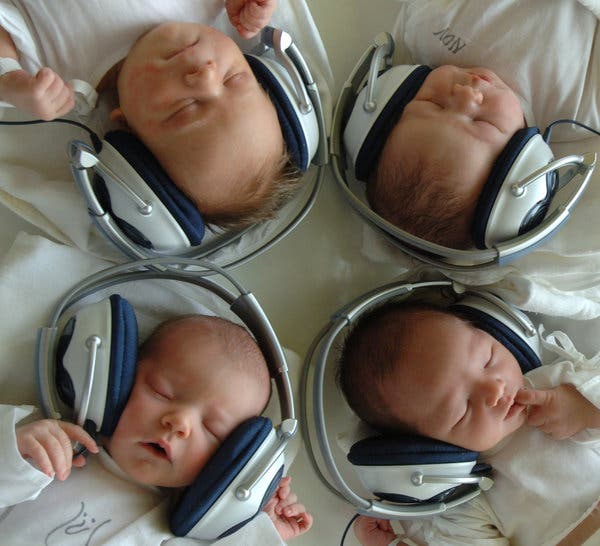 There has been a faux conversation around child care often driven by promoters of some sort and with little hard evidence of quality improvement.  There are really two factors that do matter to some degree.  One is the birth date for school entrance and the other is parental reading of some sort.  This produces a measurable advantage, but not so compelling that it can not be easily overcome.

Those are actually pretty minor as compared to other possible sources of friction.

Back up a second, you are dealing with a growing brain.  The important surge takes place post puberty and that needs to be paid close attention too.  Until then developing learning skills is the priority such as memorizing key tools of all things.  Thus we have seen ages six through puberty focus on reading and arithmetic and language basics.  A lot of useful physical skills can also be picked up then such as tool use.

After puberty, it is time to introduce abstraction and develop skills there to enhance cognition.  That has to be largely self motivated which really means enjoying what you are learning..  .


There’s Evidence on How to Raise Children, but Are Parents Listening?

Day-to-day individual choices matter less than we think, but national policies seem to matter a lot.

Music therapy in the hospital nursery. No, it won’t turn a baby into the next Mozart.CreditJoe Klamar/Agence France-Presse — Getty Images

ImageMusic therapy in the hospital nursery. No, it won’t turn a baby into the next Mozart.CreditCreditJoe Klamar/Agence France-Presse — Getty Images

Does anything you do as a parent matter?

This is a question that surely most parents have asked themselves, as they push through some of the harder parts of raising children — sleepless nights, tantrums, vomiting illnesses, harassing children to finish their homework.

Given how much work parenting can be, most of us probably want to believe that, yes, it does matter.

The evidence, however, is not always as clear.

We can stack up evidence from many fields — psychology, sociology, economics — suggesting that parenting, especially early parenting, affects whether children thrive.

Consider the issue of words. Many people may be familiar with the idea of the “30 Million Words” project, and the academic work that inspired it. In 1995, two researchers (Betty Hart and Todd Risley) published a now-classic work, “Meaningful Differences in the Everyday Experience of Young American Children.”

In the book, they report evidence from their longitudinal study of a small number of children of differing family backgrounds. Their (simplified) thesis is that children from less advantaged backgrounds have less adult interaction and stimulation and — here is the headline — by the age of 3 have heard 30 million fewer words. This lower level of stimulation, the authors argue, leads to less school readiness and lower achievement later.

This study has drawn some criticism. Replications have not supported the conclusions about the size of the word gap, although they generally do suggest there is one. But beyond the words, studies show other ways in which investments in children seem to matter. A notable one: Reading to children seems to improve their later school performance.

James Heckman, a Nobel-winning economist at the University of Chicago, has compiled an impressive array of evidence suggesting that broad investments in children between birth and age 3 are crucial for long-term outcomes.

Digesting all this, it is hard not to conclude that what you do with your very young child is super, super important and is the key to their life success.

So it is not surprising that hypercompetitive and often economically advantaged parents can seem obsessed with perfecting their baby. Breast-feed for the I.Q. points. Choose the optimal day care/nanny/preschool/parent work configuration to get a well-behaved, genius child. Invest in Baby Einstein and a “Teach Your Baby to Read” system, so yours will be the smartest kid in the pre-K class.

Except, it turns out that a lot of the things that get attention in these “optimize your baby” strategies do not actually seem to boost child outcomes. I’ve done a lot of research on this recently, and the overwhelming sense you get is that much of these investments do not matter.

This system relies heavily on video. But studies show that babies do not learn well from video in general. Given this, it is perhaps not surprising that randomized evaluation showed that the system did not confer reading abilities on babies age 9 months to 18 months. The researchers noted that this poor result was measured despite claims by parents that the system was very successful, suggesting that it is easy to trick yourself into thinking your child can read.

We see, similarly, no evidence that Baby Einstein-style videos can teach children to have a larger vocabulary. Playing Mozart in the womb doesn’t confer any benefits either. And when it comes to the age-old (by which I mean, decade-old) upper-middle-class debate over preschool philosophies? There is no evidence that Montessori is better than play-based, or vice versa.

How do we understand these contrasts — where, on the one hand, the first few years are the crucible of success and, on the other, the kind of investments that many of us obsess about do not seem to matter much?

The answer is that we tend to ignore the big picture. The differences we see by demographic groups in the United States — the inequality of outcomes for children from poor and rich backgrounds — are driven by a combination of vast differences in experiences.

Better-off children in the United States do not benefit just from hearing more words, or having higher-quality day care, or having more stable family lives. They benefit from all these things together, and more. Better-off parents spend more money on their children, and this gap has been growing over time. They also make more nonspending investments, like reading with their kids, which is one of the few specific interventions that does seem to matter.

My new book, on data-driven parenting, argues that there are many good choices, and that parents should usually feel comfortable making the ones that work for them. In interviews promoting the book, I’m often asked whether I’m concluding that parenting just doesn’t matter. Parenting does matter. It’s just that once you’re worrying about preschool philosophy, whatever you choose to do is probably fine.

This disconnect between the debates parents have and the data on child outcomes has societal implications. Policies in the United States that focus on helping less well-off families and children have a much greater impact. Many families live with limited access to health coverage and are forced to make choices between, say, food and medicine. Children with lunch debt face “lunch shaming” in many districts — and some are denied the option of hot meals. There is good evidence that high-quality pre-K programs like Head Start can improve school readiness.

And yet many of our parenting discussions are driven by, effectively, elite concerns. What is the best organic formula? Food mills versus “baby-led weaning.” Breast-feeding for one year, or two? And, of course, preschool philosophy. These concerns occupy thoughts and Facebook discussions, but they also occupy the news media, at least some of the time.

There was coverage of the fascination with European formula, for example. And who can forget the Time magazine breast-feeding cover asking if you are “Mom Enough” (Implication: No).

By and large, such choices matter very little. But the focus on them distracts from problems that are more central for policy. What we do in day-to-day parenting may matter less than we think, but what we do over all to serve the nation’s children may matter quite a bit more.
Posted by arclein at 12:00 AM

It's a matter of 'common wisdom' that the firstborn get advantages which result in larger, smarter people. Another oddity I happened across as a result of shopping for brewer's yeast ( I used it to reduce a tendency towards cramps ) was that it is associated with an increase in IQ points.
This idea notes that the policies of the state do not happen in a vacuum. http://mindprod.com/politics/supremecourt.html
Abortion Cuts Crime
When crime started to drop in the 1990s, everyone puzzled why until statistician Steven Levitt showed that half the cause was relaxed abortion law. With fewer unwanted kids born, with fewer kids born into poverty, there were, 20 years later, fewer young criminals, but just as many older ones. Every child deserves a home that can support it and where it is wanted.
~ Roedy (1948-02-04 age:70)
The 'No Child Left Behind' and similar educational programs even have a UNESCO connection which showed up in Charlotte Iserbyt's book and YouTube videos on The Dumbing Down of Children.