Sperm counts are on the decline – could plastics be to blame? 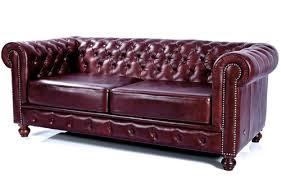 This is likely scientific disinformation.  Sperm counts are on the decline and the likely culprit is good old Roundup. Glyphosate does have the biological pathways able to produce this effect.  What is more we are now seeing the beginning of targeted disinformation meant to lead us completely astray, just as was done over the past decade regarding colony collapse syndrome and bees with the neonicotinoids.

The key point here though is that chemicals are in our environment and plastics provide particularly heavy exposure for humans.  Now we need to see what is happening in the wild in association with agri business as well.  This is a topic well ignored simply because there can be no good news to find.

What should make us angry is that this problem is already decades old and known early on.  This confirmation study is obvious and it confirms the problem is environmental.  What about the general environment?

If this is right - all plastic furniture in particular must be stripped out of homes - then we are looking at a serious overhaul of our living conditions generally..


Sperm counts are on the decline – could plastics be to blame?

Surprising new research into dog sperm has reproductive biologists concerned about the fate of their own species. In a March study, scientists at Nottingham University found that two chemicals common in home environments damage the quality of sperm in both men and dogs.

The culprits implicated are diethylhexyl phthalate (DEHP), used to make new plastics more pliable, and polychlorinated biphenyl 153 (PCB153), found in older plastics and electrical equipment. Companies stopped producing PCBs in the late 1970s due to their health risks – including a possible increased risk of cancer, hormone disruption, liver damage and behavioral or cognitive deficits in children exposed to the chemical in utero – but the chemical persists in the environment.


The Nottingham study is just one in a mounting pile of research indicating that the quality and quantity of men’s sperm is on the decline. Research suggests that sperm counts have dropped by half in the last 50 years or so and that a higher percentage are poor swimmers – slow, ungainly or beset by genetic flaws.


The exact cause of that decline is not well understood. One culprit may be increasingly unhealthy lifestyles. The same factors that affect general health – being overweight or obese, smoking, stress and alcohol or recreational drug use – also affect the quality of sperm. But many researchers suspect chemical residues in the environment may be partly to blame.

To test that theory, the Nottingham researchers first removed contaminants from semen samples of men and dogs then exposed the manmade chemicals. Results showed that exposure to chemicals at levels found in the environment reduced sperm motility (ability to swim) and fragmented DNA carried in the head of the sperm.

The number of semen samples in the Scientific Reports study – nine from men and 11 from dogs – is too small to draw conclusions about cause and effect, says the lead author Richard G Lea, an associate professor of reproductive biology at the University of Nottingham’s School of Veterinary Medicine and Science. “Of course we have to be cautious based on these numbers,” he says. “But our data add to the weight of evidence that chemicals in the home environment degrade sperm.”


If the cause is environmental, you would expect to see a similar effect on man’s best friend, says Lea. “Dogs live in our homes. They often even accompany us to work,” he says. “They share our environment basically so they’re exposed the same chemical contaminants.”


And, indeed, in a 2016 study of sperm collected from stud dogs, Lea’s team discovered that the number of good swimmers decreased by 30% over a 26-year period.

An indicator that something is very wrong


Declining sperm counts are an “indicator that there is something very wrong in our modern environment or lifestyle”, says Dr Hagai Levine, head of the environmental health track at the Hebrew University-Hadassah School of Public Health in Israel. “We need to identify what the causes are and fix them. Otherwise it’s dangerous to our future and maybe irreversible.”


Part of the problem is most certainly the way we work and live. Being stressed out and sedentary is no good for sperm and it’s even worse if you smoke, drink alcohol or use recreational drugs. For example, a large review of studies from 26 regions across the world found that smoking decreased sperm by 13-17%. Another study found that smoking marijuana regularly (more than once weekly) lowers sperm count in young men and that the effect is exacerbated when they also use other recreational drugs.

There’s also a growing consensus that some chemicals found in everyday products such as plastic bottles, metal food cans, detergents, flame retardants, food, toys, cosmetics and pesticides can affect a man’s reproductive health. Those chemicals, referred to as “endocrine disruptors” interfere with the body’s natural hormone systems – by blocking production or effects of the male hormone testosterone, for instance.

Those effects may begin while babies are still developing in their mother’s womb says Niels Skakkebæk, professor at the University of Copenhagen and senior researcher at the department of growth and reproduction at Rigshospitalet in Denmark. He points out that poor sperm quality is associated with an increased risk of testicular cancer and also a history of congenital reproductive defects, including undescended testes. One theory is that all those conditions are linked to the mother’s exposure to environmental contaminants at critical moments during pregnancy when the baby’s sex organs develop.

Endocrine disruptors may also affect sperm in adult men. A 2014 study of the effects of 96 of those chemicals on human sperm found that they affected sperm’s ability to swim, navigate and fertilize an egg.

Chemicals from plastics are particularly worrisome because they are so ubiquitous. Roughly two-thirds of the plastic ever produced has been released into the environment and shows up as tiny particles in the air, water and soil. Eventually those plastics collect in the tissues and fluids in our bodies. Lea says he focused on two compounds that “consistently popped up” in his analysis of dog food, sperm and testes tissues from routine neutering procedures. But there are many others he’d like to study.

“The reality is I’ve only looked at two chemicals, but we live in a cocktail of pollutants,” he says.

Last year, Levine and other scientists, public health officials and clinicians from around the world issued a statement calling on governments, the scientific and medical communities, and organizations to acknowledge the importance of male reproductive health, to allocate resources to study the issues and to implement policies that remove hazards and promote a safer environment. The plea did not draw as much attention to the problem of declining sperm counts as he had hoped.
Approaching a tipping point?

The most obvious concern of dropping sperm counts is infertility. Even with sperm counts in decline, most men retain their fertility potential, says Skakkebæk. But birth rates have been declining in industrialized countries for decades, he says, and it’s not clear that’s entirely by choice.

Recent studies suggest that 20-30% of young men today have sperm counts in a range that is associated with reduced fertility, says Skakkebæk.

Some research suggests we may be reaching “a tipping point” where more couples will take longer to conceive or may need the help of assisted reproductive technology such as in vitro fertilization (IVF), he says. He points out that in Denmark, the number of couples seeking help for infertility has increased significantly since 2001. “Almost 10% of children are now born after assisted reproduction,” he says

Current estimates are that 12-18% of couples have problems conceiving, but there isn’t good data to show how that is changing over time. Most researchers view the declining population data in western countries as a worrisome trend, but there is nothing to link that specifically to sperm decline.

There’s also a worry that decreasing quantity and quality of sperm is a marker for worsening health in general says Levine. Research has linked problems with sperm to a higher risk of a number of serious health conditions, including cancer, diabetes and heart disease, as well as death.

“I do see an analogy to climate change in the sense that we have clear scientific signs of the problem – a very serious problem, which endangers humanity,” he says. “But we are not taking the needed steps to reverse it or even just to start to understand what is going on.”

I read a few of your other posts. Keep up the good work.Great Post….. Looking forward to reading more from you down the road!