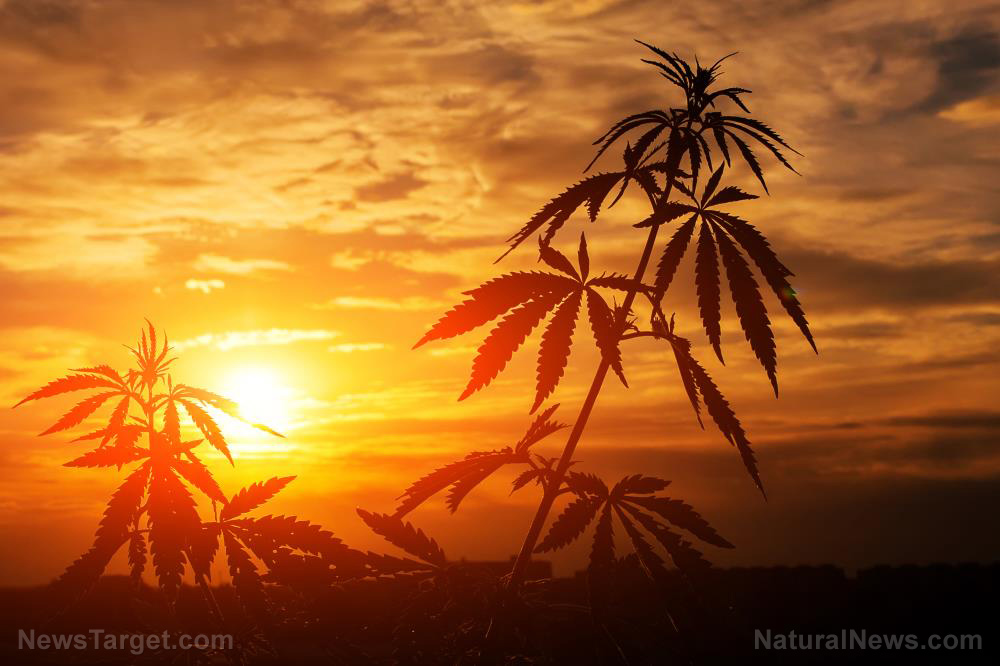 What we do know is that Cannabis allows you to simply tolerate the effects of MS better than what is out there and really, due to its safety be the first choice as a therapeutic.

In fact edible Cannabis needs to become  a medical standard across a huge range of health problems.

We tend to focus of acute situations when most are never acute and their care is often postponed.  It is also increasingly becoming available over the counter and that needs to be encouraged...

(Natural News) Multiple sclerosis (MS) is the world’s most commonly diagnosed debilitating neurological condition, and although it is most often diagnosed in young adults between the ages of 20 and 50, it can strike anyone, at any time. The National MS Society estimates that close to 1 million Americans are living with MS, with 200 new cases diagnosed each week.

There is no cure for MS, and treatments are generally aimed at dealing with the symptoms of the disease. However, like all chemical medications, these treatments carry side effects including depression, apathy, extreme fatigue and mood swings.

Happily, a growing body of evidence supports the use of medical marijuana – which has far fewer side effects than pharmaceutical medications – for the effective treatment of pain, spasticity and other MS symptoms.

What is multiple sclerosis?

Which symptoms will be caused by the disease, and the severity of those symptoms, is different for each person diagnosed with MS. However, for all patients, it is a long-term disease that to some extent attacks the spinal cord, brain and optic nerves of the eyes.

MS can affect balance, vision and muscle control, and can cause severe pain. Other symptoms can include fatigue, difficulty walking, sexual dysfunction, tingling or numbness of the extremities, poor bladder control, depression and trouble concentrating.

For some, the symptoms are mild and cause hardly any discomfort, while for others, they can be debilitating enough to interfere with daily life and make movement and everyday tasks extremely difficult.

MS happens when your immune system attacks a fatty material called myelin, which wraps around your nerve fibers to protect them. Without this outer shell, your nerves become damaged. Scar tissue may form.

The damage means your brain can’t send signals through your body correctly. Your nerves also don’t work as they should to help you move and feel.

Medical marijuana an effective treatment for the symptoms of MS

The cannabis (marijuana) plant contains a host of biologically active compounds, including 60 cannabinoids. Two of these – cannabidiol (CBD) and ?9-tetrahydrocannabinol (THC) – are responsible for most of the beneficial effects of medical marijuana.

Cannabis has proven antioxidative, anti-inflammatory, antipsychotic, neuroprotective and other benefits, along with being a potent painkiller.

As reported by Healthline, a recent meta-analysis of five studies – the results of which were presented at the Consortium of MS Centers in Tennessee – concluded that the cannabinoids in marijuana have “modest effects in multiple sclerosis for pain or spasticity.”

Another study, published in the journal Frontiers in Neurology, found that cannabidiol improves mobility in people with MS. They also found that patients who use cannabis are less likely to take other prescription drugs, including dangerous antidepressants, benzodiazepines and opioids.

Other studies have confirmed these and other benefits. Healthline reported:

Another study from the University of Rochester MS Center in New York looked at the “real world” experience of medical marijuana in managing symptoms of multiple sclerosis and transverse myelitis.

About 77 percent said medical marijuana was helpful in managing symptoms, mainly spasticity and pain. They reported no side effects.

Another 70 percent felt their quality of life improved with medical marijuana. Some patients actually reduced other medications used for symptoms.

Most of the participants said they spent $100 to $300 per month on medical marijuana.

Of course, mainstream medical practitioners still urge caution when considering the use of medical marijuana, insisting that pharmaceuticals are backed up by more studies and are more “standardized” in terms of their effects.

But then a lot of people make a lot of money off pharmaceuticals, so they would say that, wouldn’t they? Learn more at Medicine.news.

WebMD.com FacebookTwittergoogle_plus
Posted by arclein at 12:00 AM