What Is Really Behind the Recent Wave of UFO Disclosure Reports? LA Marzulli-CSS Hr 1 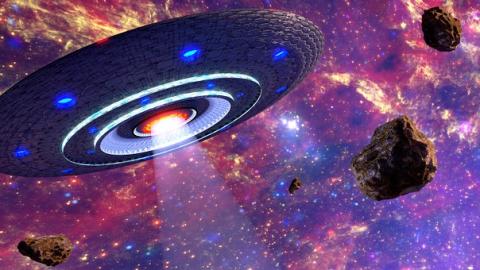 It is good to note that someone has also noted this sudden burst of UFO disclosure besides myself.  I do think that it is actually been driven foremost by the need to repatriate the first generation of crewmen who have all aged out.    The manpower was first recruited in the early eighties or no more that thirty five years ago.
An eighteen year old then would be today be in his early fifties which is certainly past his prime for the physicality of duty.  Up to now they have had to handle a handful of folks, all of which could be done with memory erasure and a safe haven life way.  We have had several reports describing just this.
Now we are dealing with at least a couple of thousand coming out with ac steady stream of annual additions as well.  They did not sign in for a mind wipe unless necessary and the working crews now need to see this properly resolved.
All these folks will retain their memories and have real stories to tell.
Thus we now see tentative disclosure underway.
The other problem is that we cannot expand the present Space Fleet without a lot more manpower and the current system is way too restrictive.
If you got this far, it is likely your brain has rejected all of this.  That is natural.  Welcome to the party. .

What Is Really Behind the Recent Wave of UFO Disclosure Reports?
LA Marzulli-CSS Hr 1

LA Marzulli stands at the ready to bring the most accurate information regarding the topic of UFO disclosure and LA is at the top of the list as far quality disclosure. Recently on his website, he offered a

Last night on Tucker Carlson the ongoing UFO disclosure was “ramped up” to a new level. Tucker was interviewing Luis Elizondo. Toward the end of the interview Tucker asks Alizondo this:

On the clip, you can see very clearly that Elizondo is uncomfortable with the questions… or his he just pretending to be? He replies:

“Do you think the US government has debris in its possession right now.”

“Unfortunately Tucker I really have to be careful about my NDA, I really can’t go into a lot more detail than that but..ah… simply put, yes.

There you have it! I discussed this in an earlier blog that the next part of disclosure would be this. In other words, the powers that be—The Deep State—would trot out someone who would state that the US government has in its possession wreckage from a UFO. I specifically pointed to the Roswell debris as a possible contender. Elizondo spilled the beans as it were and that on Prime-time, national news.

It’s happening and too many people still won’t wake up to what is coming…The Great Deception. I will address this in depth on the next Acceleration Radio!

The tighter the noose grows around the necks of the Deep State, the more UFO disclosure stories come to light. Is there a distinctive correlation, or is this a case that 70 years of cover up has finally run its course? Here is the report that attempts to answer these questions in a fascinating interview with LA Marzulli.

Please note that you can see LA Marzulli at the GEN SIX conference in Branson, MO. (September 13-15). For more info, click here.