How the UAW Will Kill the Big Three? 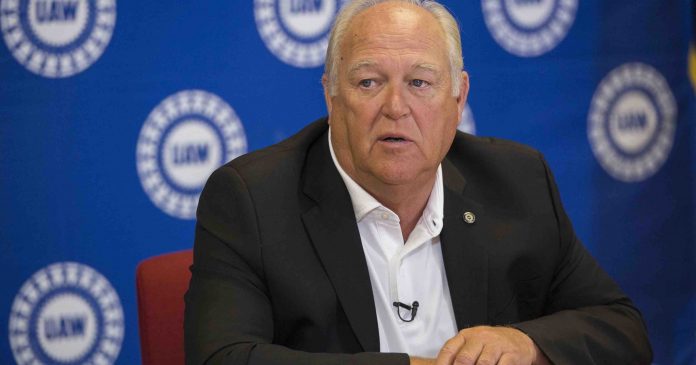 I hate to say this, but this is truly the wrong battle.  The gasoline engine will shortly be replaced by full battery electrics mostly manufactured on completely robotic lines.  There will no longer be so much unskilled labor.  Obviously electrics will be pollution free and also regulation free as a direct result.

All my life, this has been a meaningful headline.  Now, not so much.

Labor unions today are bidding for factories against other labor suppliers and that now means cost security for the manufacturer over the life of the plant.  The USA is no longer a monopoly manufacturer and like everyone else has to cater to market share and then geography matters which is why we see Japanese assembly plants in the USA..


How the UAW Will Kill the Big Three

The United Auto Workers (UAW) almost killed the American car industry once – back in the ‘70s and ‘80s – when it succeeded in making American cars too expensive (and too poorly built) relative to the Japanese competition – by demanding high wages and benefits for low-quality work.


Today, the union – which represents workers from GM, Ford and FiatChrysler – will tell Congress it opposes President Trump’s efforts to reduce the regulatory burden on the companies which employ the union’s workers and the car buyers which support them. It will tell Congress it wants the Obama-era fatwas defining carbon dioxide as an “emission” – and thus a “pollutant” – to remain in force and be enforced. 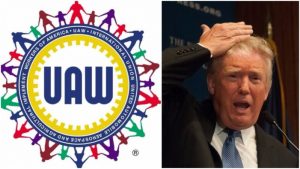 And for the public to be forced to spend more money on cars that are more “efficient” – regardless of the cost.


The UAW does not put it quite that way, of course.


Instead, it says that rescinding the fatwas – which are literally fatwas, orders emitted by unelected regulatory termites who have somehow acquired de facto legislative powers – “could lead to protracted litigation and uncertainty in the industry that will limit growth,” in the words of UAW Legislative Director Josh Nasser.


What that means is the UAW prefers to let California and other states run by “climate change” beee-lievers – in the put-your-hands-on-theTV-and-be-healed religious sense of the word – impose their religious beliefs on the car industry and thus upon the rest of the country and so the entirety of the car buying public.

Nasser does not want to fight them – or for the Orange Man to do so, either. Notwithstanding the Orange Man was elected – and so can claim a national mandate the regulatory termites and UAW cannot.


California, et al have vowed to “fight” The Orange Man’s efforts to reduce the cost of buying new cars by dialing back how “efficient” they are required to be. He has also stated most heretically that he does not beee-lieve in “climate change” – at least, not in the computer-model-generated/cooked-books Impending Doom hystericized “theory” being peddled by secular Jimmy Swaggarts looking to make use of Useful Idiots (or poltroonish opportunists) such as the UAW’s Nasser.


Who ought to grok that it is important as a purely practical matter – as a matter of their economic survival, ultimately – to dial back the cost of new cars because people do not have unlimited funds to buy them. That if people cannot afford to buy them, it does not matter how “efficient” they are. 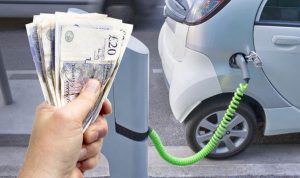 Hybrids and electric cars being economic Exhibits A and B.

They are both very “efficient” – meaning, they do not much use much or even any gas. And they are considered very “clean” in terms of their carbon dioxide “emissions” – by dint of the fact that their “emissions” aren’t “emitted” at the tailpipe. They are also the only vehicles currently on the market which meet the fatwas emitted by the Obama-era unelected but de facto law-making regulators.

Which the Orange Man isn’t even trying to rescind – as such.

All the Orange Man is trying to do is maintain the previously imposed fatwa intact through 2026.

This means that cars made between now and then will not have to average almost 50 MPG – no matter how much it costs car buyers.

Instead, they will only be forced to average 30-something, no matter what it costs car buyers.

Which has already caused the price of today’s new cars to increase such that people have begun to shy away from buying them, which the UAW apparently has not noticed but probably ought to have.


This includes “efficient” models like the hybrid Chevy Volt – which Chevy had to stop making because people stopped buying it. And the Bolt EV – which Chevy is still making but having to give away, as is the case with all EVs – including those manufactured by St. Elon the Electrified.


Because while these hybrids and EVs reduce fueling costs, they increase buying costs. Which means they do not save you money. Which is something Nasser and the UAW do not grok – or are afraid to discuss.


The situation grows more economically perverse as the cost of gas continues to decrease – the result of increased supply – which increases demand. Not for “efficient” and expensive hybrids and EVs – but for cars that aren’t.

Another concept apparently beyond the ken of the UAW – and California, et al.

They live in a cost-no-object bubble of dementia; swim in a miasma of End Times rapture predicated on “climate change” mumbo jumbo they don’t understand or are terrified to contradict, social justice warrioring having thoroughly infested every corridor of power precisely because it is seen as a means to more of the same.

If “climate change” is “denied” it amounts to the same thing as Dorothy’s dog pulling back the curtains and revealing the little man within pulling the levers and speaking into the voice amplifier which produces the voice of Oz.