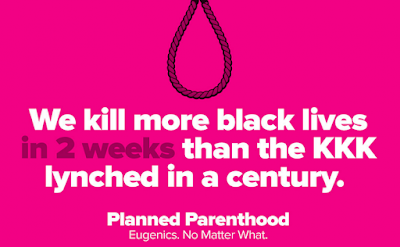 This is a natural first step that presages intent in terms of legacy regulation.  You really must appreciate that not only is there a real WAR going on out of sight and that the patriots are winning hugely, there is a massive agenda of legislative reform underway as well,  that has to be phased in.  a lot of it is already happening, but you have to lift the covers to see it.

Understand that this counter revolution or GREAT AWAKENING has been planned for years going all the way back to even the assassination of JFK when the stakes became clear.  Prior to all that the NAZI brain trust had been merged into the DEEP STATE globally and was progressively tightening its influence in the USA.
If you understand the FUTURE been created then you can see the some of the paint strokes..

Be HAPPY and be ready to CHEER.
.
Trump’s clever anti-abortion move will leave you CHEERING


“Promoting the dignity of human life from conception to natural death is one of the very top priorities of President Trump’s administration,” a statement from HHS read. National Institutes of Health (NIH) research “that requires new acquisition of fetal tissue from elective abortions will not be conducted.”

It was a right hook punch to Planned Parenthood and the multi-billion dollar abortion industry, which has been caught on video in the past illegally profiting from harvesting aborted babies.

Once again living up to his pro-life campaign promises, Trump stood boldly against an onslaught from liberal abortion supporters.

This complete reversal of Obama’s pro-abortion policy was all President Trump. “This was the president’s decision,” White House spokesman Judd Deere said, “to protect the dignity of human life.”

Not only did Trump stop the renewal of aborted baby parts contracts, but he also promised new ethical guidelines disallowing tax dollars to go to research that uses baby tissue harvested from abortions.

“This is a major pro-life victory and we thank President Trump for taking decisive action,” Marjorie Dannenfelser of the Susan B. Anthony List said. “It is outrageous and disgusting that … NIH has spent $120 million a year on grisly, unethical experiments involving the hearts, livers, bones, and brains harvested from babies too young and vulnerable to speak for themselves.”


Trump’s move was the “only humane response possible to the abortion industry’s trafficking in infant remains,” Students for Life of America’s Kristan Hawkins responded. “Ending this practice is ethically, scientifically, and morally right, especially as we’ve learned that fetal remains are not needed for research.”

The University of California at San Francisco (UCSF) — the biggest tax profiteer for experiments using aborted babies– said Trump wanted to “impede” and “undermine scientific discovery.” Critics have noted that the government handout has been their lab’s sole source of salaries, including a $13 million contract to inject 90 mice with aborted baby cells each month.

Biochemistry and Biology expert Dr. Tara Sander Lee testified before Congress last year that fetal tissue research is medically unnecessary. “No therapies have been discovered or developed that require aborted fetal tissue,” she explained, and scientists have access to “a wealth of ethical sources.”

“All of these have been used in the production of treatments, vaccines, and medicines currently on the market,” Dr. Prentice explained. “The key is that our government will now invest in effective research methods that do not rely on the destruction of human life.”

Dr. Lee continued, “Ethical alternatives are available to researchers now. These include, but are not limited to, fresh human tissues from adult and pediatric populations, donated and discarded biopsies and surgical specimens, from both living and post-mortem individuals. There are numerous examples of investigators successfully using these ethical alternatives for research and clinical trials for studying the most complex processes.”

“Taxpayer funding is better spent promoting alternatives that are already being used in the production of treatments, vaccines, and medicines…that do not depend on the destruction of unborn children –often through late-term abortion,” Dannenfelser added.

In the video, abortion industry leaders were seen talking about the illegal modifying of abortion procedures to obtain “intact” babies for sale and “fresh,” heart-still-beating “specimens” and joked that they’d pay for luxury cars for Planned Parenthood staff.

The incriminating videos caused a firestorm of controversy across the nation. Congress held hearings about defunding Planned Parenthood, and many states began making attempts to punish the abortion giant.

This fight to de-tax fund Planned Parenthood continues to this day.

Father Mark Hodges is a reporter for The Horn News
Posted by arclein at 12:00 AM