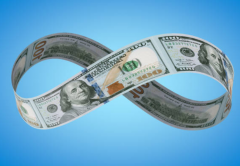 No economist will accept the notion that Economic theory lacks an intellectual foundation that not only describes the results but then opens the door to ending poverty.  In fact one prescribes the other.

Not only is Marxism in error, so  are all forms of economic threory to date. This conclusion continues to be missed in the triumph over command Communism and its variants.  Otherwise, most economists make a respectable living massaging data and identifying trends.  None of this is foundational at all but clearly derivative of a working economy.

A comparable in physics is investigating the spectrum without understanding the electron.

Our tragedy is that so many of this class has been indoctrinated with the implied logic of Marxism and can hardly think at all without those crutches.


The influence of the economics of Michal Kalecki on Modern Monetary Theory (MMT) is hard to ignore. With its roots in the Neo-Marxist macroeconomic theory of Michal Kalecki, MMT carries with it the heritage of the labor theory of value and the Marxist state and class analysis. As a Marxist, Kalecki views the economy through the lens that capitalism is a class society. For him, two classes operate in the economy: the capitalists (the bourgeoisie) and the workers (the proletariat). Kalecki prepared the theoretical groundwork for the expansion of government spending, particularly in the countries of the third world. Yet while most developing countries have abandoned this theory, it celebrates its comeback disguised as “ Modern Monetary Theory ”.

The thesis that “deficits don’t matter” does not oroginate with the English economist John Maynard Keynes, but with the much-less-known Polish economist Michal Kalecki (1899-1970). This Marxist economist counts among the precursors of Modern Monetary Theory. Kalecki pushed the notion that government spending creates by itself the savings surplus in the private sector. For Kalecki, deficits are a permanent feature of an economic policy that wants to maintain full employment. While Keynes stressed that the public debt accumulation must not get out of control and thus debt should be liquidated in the times of the boom, the Kaleckian position says that public debt can be accumulated without facing a limit.

Keynes argued that savings are that part of the national income which is not consumed. In contrast, the Kaleckian macroeconomic hypothesis asserts that workers consume all their income. Workers have a marginal consumption rate of one and a savings rate of zero. For capitalists, the situation is different. Their income exists in the form of profits, and these, so claims the Kaleckian theory, result from the difference between national income and wages. Because the consumption of the workers is equal to their wages, investment and the consumption of the capitalist are a residual. In a peculiar twist of argumentation yet grounded on his model of the capitalist economy as a class society, it follows that profits are determined by the amount of the investment of the capitalists themselves and the extent of their consumption.

Joan Robinson, a good friend and colleague to both Keynes and Kalecki in Cambridge, summarized the Kaleckian theory in the phrase: “the workers spend what they get, and capitalists get what they spend”.

Not differing from the basic Keynesian model — where income is composed of consumption, investment, government expenditure, and net exports — Kalecki determines private savings as that part of income that is left after taxes and consumption. These private saving are, according to the Kaleckian model, equal to investment, the trade balance, and the government budget deficit. In the Kaleckian model, investments and budget deficits are the counterpart of private savings. This thesis is also the focal point of Modern Monetary Theory that says — as put forth by Mosler — that in as much as the government raises its debt, financial wealth in the private sector rises.

The macroeconomy is in equilibrium so long as the accounts balance out overall. The sum of the difference between investment and savings, between the budget deficit and the trade balance, is zero. The investments of the capitalists and the deficits of the government generate at once the savings to finance these expenditures. According to this model, permanent budget deficits and the incessant accumulation of public debt present no threat because, automatically with the budget deficit, the savings surplus will rise and thus provide the funds to finance the deficit.

Entangled in their mathematical reformulations of a basic identity of macroeconomic accounting, the adherents of the Modern Monetary Theory lose sight of a big problem: the more a government spends, the less the private sector will invest. In other words: while there will be a private savings surplus, it is not the result of more savings but comes about because of falling investment. In the formal mode, the accounts balance, while the real economy sinks.

In conventional macroeconomics, savings provide the funds to finance investment and a budget deficit lowers national savings. Modern Monetary Theory, in the footsteps of Kalecki, puts it upside down: the more the capitalists invest, and the higher the deficit spending of the government, the larger becomes the national savings surplus. Based on a set of equations similar to Kalecki’s model, the proponents of the Modern Monetary Theory promote unhampered deficit spending to drive economic growth. Their slogan that “deficits don’t matter” and that government spending has no limits is embraced by the Democratic Socialists of America (DSA) and associated politicians. The Modern Monetary Theory serves as an intellectual tool to justify substantially increased government expenditures and comprehensive public welfare spending.

In the past, the Kaleckian model never took hold in industrialized nations. The Keynesian policy recipe, too, was abandoned after the disastrous stagflation of the 1970s. The Kaleckian theory was more influential for development policy and still serves as a cornerstone of the Post-Keynesian variant of the aggregate demand theory.

Kaleckian macroeconomics promotes policies of systematic budget deficits without regard to their consequences for the public debt burden and inflation. This model favors investment irrespective of any entrepreneurial guidance. Macroeconomics of this kind operates exclusively with aggregates. This approach neglects completely the microeconomic foundations. Like the Keynesian model, Kalecki disregards not only relative prices but also the price level.

Despite its name, Modern Monetary Theory is devoid of prices and money. It comes as no surprise that those countries that followed the Kaleckian model were devastated by a massive squandering of capital, widespread malinvestment, and high inflation. In Latin America, where this type of reasoning is still in vogue in some circles, the policies of unhampered public spending have created an economy marked by low productivity, low wages, and widespread misery.

Kaleckian economics favors investment in purely quantitative terms because this theory holds that in the same fashion as budget deficits create their own financing, investment automatically means higher revenue. In Kaleckian macroeconomics, the capitalist automatically creates his profits and consumption. The conclusion is that if the state could become a capitalist, the government would reap the profits itself. By taking over the function as an investor, the government would assume the role of the capitalist class and be able to consume what it spends.

The Kaleckian economic policy theory leads to the demand that the investment function should be taken away from the capitalist in the private sector and transferred to the state. By way of its investment, the consumption of the state could then be increased. The suggested policy asks deficit-financed state expenditure for investment which would increase the consumption of both the state and the population at the same time. Yet the promise that budget deficits would finance themselves through higher savings has never happened. Instead, the countries that followed the Kaleckian model have suffered from chronic stagflation and have remained stuck in the underdevelopment of the middle-income trap.

While many developing countries have abandoned the failed approach of development by debt and turned to solid economic policies, the opposite is happening in the United States and some other parts of the developed world. The enthusiasm that met the proposals of free education, health care for all, and a fully renewed ecological infrastructure, is a sign utopian wishful thinking. If realized, these plans will not bring prosperity and social justice, but hyperinflation, economic stagnation, and socio-political chaos.
Posted by arclein at 12:00 AM