Is China weaker than we think? 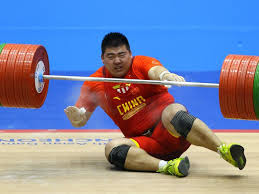 Quite seriously China saw the best deal they will ever see.  Except that it could only go forward with a hard transition for the CCCP starting immediately.  Instead they are now stalling in an attempt to out last Trump.  The problem is that they now desperately need to liberate the political space and the the middle class.

They actually needed to do this thirty years ago and they did not.

Now we are about to see the EU take a hard line on trade as well.  The knock on effect on China is now likely to bring about a fiat currency and credit collapse in China that could well upend the CCCP.

The USA will need to launch a massive Marshall plan to restore a sane capital market in China once the CCCP is gone.  That plan needs to also be extended to all of India and SE Asia as well and even Russia..  It can be funded by the USA and the EU and Japan, S Korea and Taiwan.

It makes complete sense that the Chinese economy is actually half what is reported and certainly not anywhere close to that number.  The military is actually weak and must remain so for a long time.  They also know that a real fight would be suicidal as they were reminded last year.  I do not think they will commit suicide but the trigger that removes the regime has the potential to be messy.  I really think though that passive resistance will do just fine when they lose controll over their currency.  .

After the end of World War II, the United States spent trillions of dollars containing the Soviet Union. But after the Cold War, it was discovered that the United States had overestimated the power of its 40 year nemesis. It turned out that the U.S.S.R.’s economy was only about half the size that the CIA and other agencies had said that it was. Could that be the case with China as well?