"It's Too Much" - Trump Criticizes Cost Of Aircraft Carrier Design; Promises Overhaul 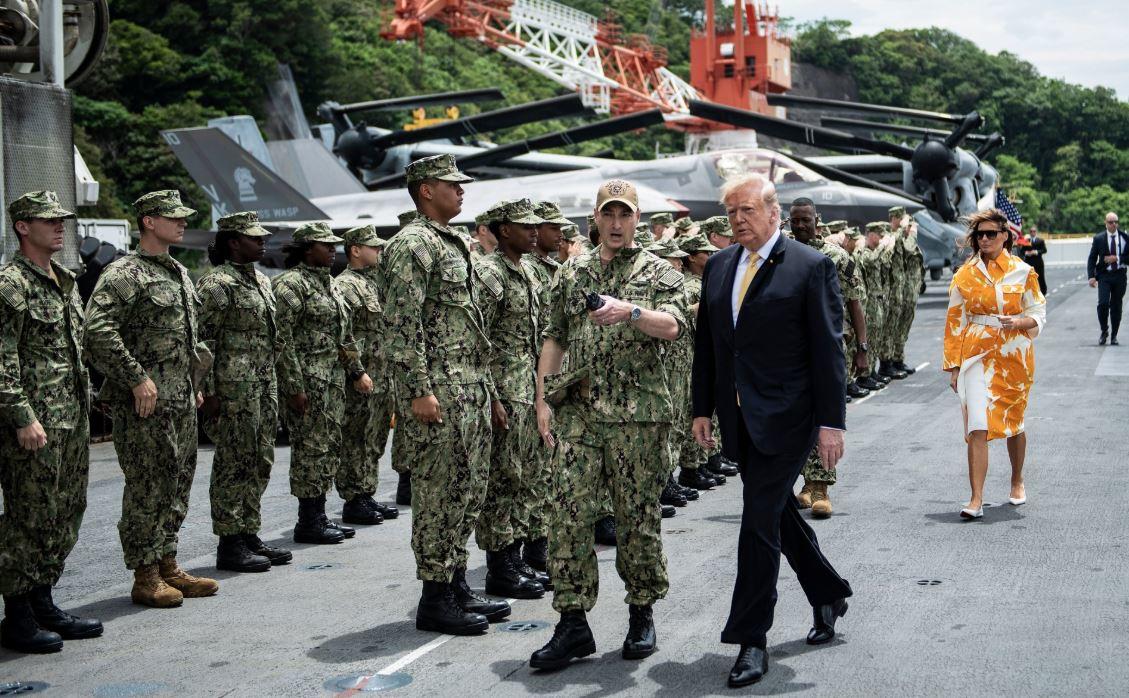 He is completely right of course.  There are plenty of problems that simply do not need new solutions and live steam has always been a handy way to transfer a lot of mechanical power in close confines such as on a ship. Electrical does transfer the power, but it then must be converted to mechanical power.

An electrical launch system actually would be likely more dangerous to work on than the steam system as well.  Massive voltage would be needed with a massive transformer all of which must stay dry.  Men will die.

Yet it is no trick to engineer a steam catapult able to provide six Gs of hard thrust over the launch distance and has been done for decades.  It is no surprise the sailors prefer it...


"It's Too Much" - Trump Criticizes Cost Of Aircraft Carrier Design; Promises Overhaul


Most Americans would probably be dumbstruck if you asked them whether they prefer steam-powered catapults, or newer, electromagnetic models. But for President Trump, this has become a pet issue of which he simply won't let go. After appearing convinced over the Thanksgiving holiday that the new system aboard the USS Ronald Reagan - which will be used to help launch jets - President Trump again raised the issue during a tour of the USS Wasp on Tuesday, before the end of his four-day trip to Japan.

According to Bloomberg, Trump polled American troops stationed in Japan whether they preferred the old steam-powered catapults on American warships, or the new electromagnetic models. During the informal voice poll, the vote for steam was slightly louder, the reporter said. In the past, Trump has questioned whether the new electromagnetic system would work as well during wartime.


Trump polled the sailors and Marines on the USS Wasp on steam versus electric catapults Tuesday during a visit to the the Yokosuka naval base south of Tokyo, the biggest overseas U.S. naval installation.

The tour came at the end of the president’s four-day state visit to Japan, a key military ally. The troops’ cheers were audibly larger for steam catapults - used to launch aircraft off navy ships - and Trump took note.


It's not clear where or how Trump formulated his opinions on the catapults. It's an issue that's probably best left to the engineers at the American defense contractors that designed the systems. But over the past year, he has repeatedly brought it up. Again on Tuesday, Trump hinted that he might issue an executive order to ensure that all future ships are built with steam.


"We’re spending all that money on electric and nobody knows what it’s going to be like in bad conditions," he said. "So I think I’m going to put an order - when we build a new aircraft carrier, we’re going to use steam."

According to Sen. Tim Kaine, a member of the Senate Armed Services Committee, the Navy is planning to buy two Ford-class aircraft carriers, which will be outfitted with the new Electromagnetic Aircraft Launch System - or EMALS. However, if the president's latest rant is any indication, the engineering might not be his primary gripe.


"Steam’s only worked for about 65 years perfectly. And I won’t tell you this because it’s before my time by a little bit, but they have a $900 million cost overrun on this crazy electric catapult," he said. "They want to show - next, next, next. And we all want innovation, but it’s too much."

Cost aside, Trump has, in the past, questioned the reliability of the electromagnetic systems, including whether they would hold up as well as steam during wartime. Once, Trump told a Navy officer during a holiday phone call that people need to "be like Einstein" to "really work it properly."
Posted by arclein at 12:00 AM