Why the Pilgrims Abandoned Common Ownership for Private Property 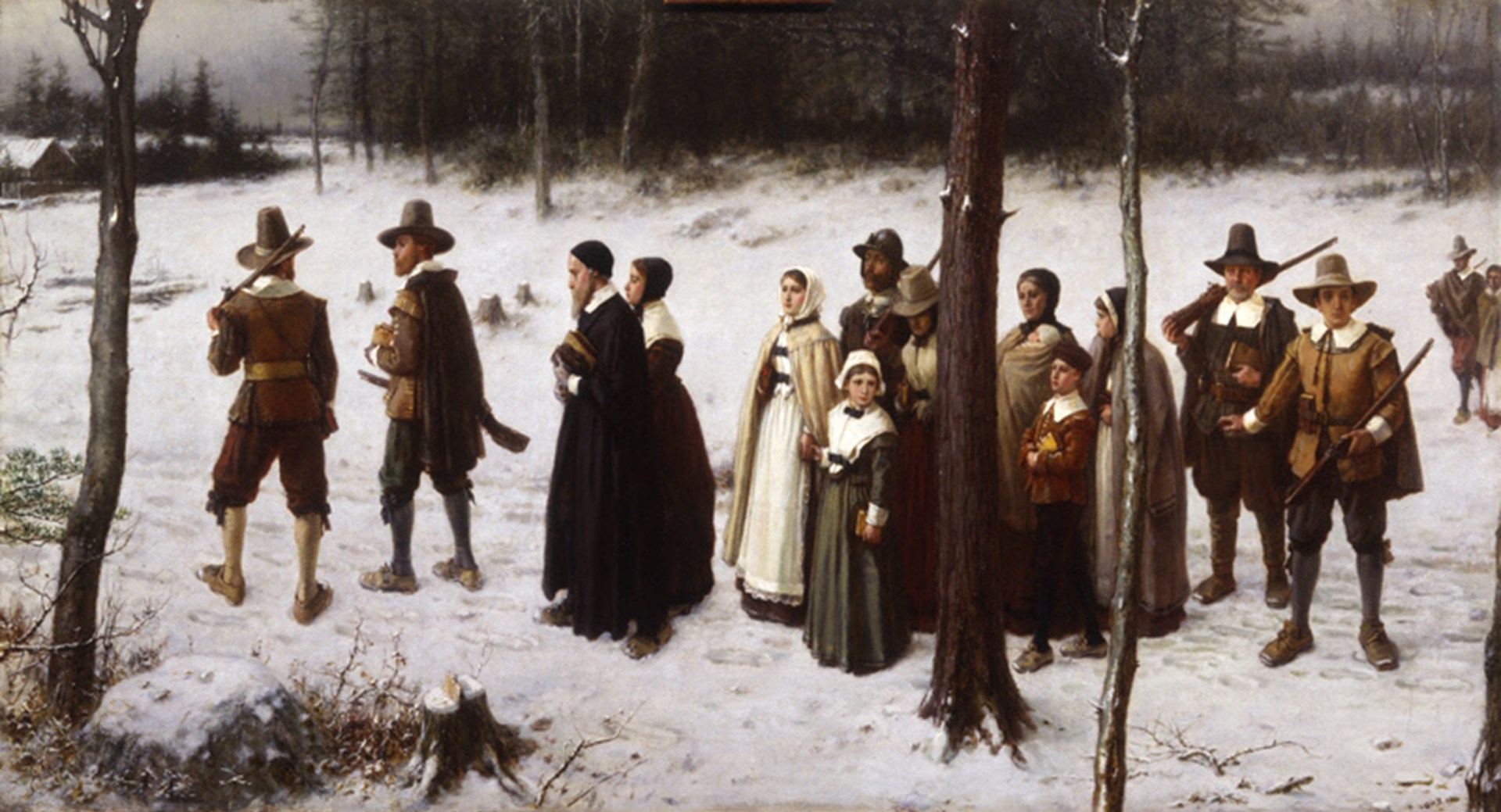 Skipping the propaganda here, what they all woke up to was that there was no shortage of land itself.  thus privately owning even more than you could work allowed a land hedge against further need from ones family.

When that is impossible, the community depends on communal ownership in order to allot resources to match the productivity levels of the members.  This was common in Europe.  This gets disturbed when someone takes over  direct ownership and then charges rents and actually also manages the allocation.  That though is a mature system.

The doctrine of private ownership was an evolving philosophy and ultimately led to the homestead act which bowed to the inevitable and the need to properly entitle armed squatters.  This worked so well that a land rush then covered the entire USA and Canada.

Why the Pilgrims Abandoned Common Ownership for Private Property

The first few years of Plymouth colony were fraught with hardship and hunger. Economics had a lot to do with it.

Next year at this time, Americans will mark the 400th anniversary of the landing of the Mayflower in 1620 and the subsequent founding of the Plymouth colony by English Separatists we know as the Pilgrims. They, of course, became the mothers and fathers of the first Thanksgiving.

The first few years of the settlement were fraught with hardship and hunger. Four centuries later, they also provide us with one of history’s most decisive verdicts on the critical importance of private property. We should never forget that the Plymouth colony was headed straight for oblivion under a communal, socialist plan but saved itself when it embraced something very different.

In the diary of the colony’s first governor, William Bradford, we can read about the settlers' initial arrangement: Land was held in common. Crops were brought to a common storehouse and distributed equally. For two years, every person had to work for everybody else (the community), not for themselves as individuals or families. Did they live happily ever after in this socialist utopia?

I’m going to give a prayerful thanks for private property and the profit motive that has made abundance possible.

Hardly. The “common property” approach killed off about half the settlers. Governor Bradford recorded in his diary that everybody was happy to claim their equal share of production, but production only shrank. Slackers showed up late for work in the fields, and the hard workers resented it. It’s called “human nature.”

The disincentives of the socialist scheme bred impoverishment and conflict until, facing starvation and extinction, Bradford altered the system. He divided common property into private plots, and the new owners could produce what they wanted and then keep or trade it freely.

Communal socialist failure was transformed into private property/capitalist success, something that’s happened so often historically it’s almost monotonous. The “people over profits” mentality produced fewer people until profit—earned as a result of one’s care for his own property and his desire for improvement—saved the people.

Over the centuries, socialism has crash-landed into lamentable bits and pieces too many times to keep count—no matter what shade of it you pick: central planning, welfare statism, or government ownership of the means of production. Then some measure of free markets and private property turned the wreckage into progress. I know of no instance in history when the reverse was true—that is, when free markets and private property produced a disaster that was cured by socialism. None.
A few of the many examples that echo the Pilgrims’ experience include Germany after World War II, Hong Kong after Japanese occupation, New Zealand in the 1980s, Scandinavia in recent decades, and even Lenin’s New Economic Policy of the 1920s.

Socialism flops even when it’s the “pretend” or “voluntary” variety. Imagine the odds against it succeeding when it’s compulsory!

Two hundred years after the Pilgrims, the Scottish cotton magnate Robert Owen thought he’d give socialism another spin, this time in New Harmony, Indiana. There he established a community he hoped would transcend such “evils” as individualism and self-interest. Everybody would be economically equal in an altruistic, fairy-tale society. It collapsed utterly within just two years, just like all the other “Owenite” communes it briefly inspired. Fortunately, because Owen didn’t have guns and armies to glue it together, people just walked away from New Harmony in disgust. They learned from socialism, even if today’s socialists don’t. You can read all about it in this splendid 1976 article by Melvin D. Barger, “Robert Owen: The Wooly Minded Cotton Spinner.”

Socialism flops even when it’s the “pretend” or “voluntary” variety. Imagine the odds against it succeeding when it’s compulsory! The use of force prolongs the agony but doesn’t breed any less bitterness, resentment, or decline. It magnifies the calamity, in fact.

Be Thankful for the Profit Motive

Consider this as you feast at the Thanksgiving table this week: The people who raised the turkey didn’t do so because they wanted to help you out. The others who grew the cranberries and the yams didn’t go to the trouble and expense out of some altruistic impulse or because of some nebulous “sharing” fantasy.

Sacrificial rituals, even if they make you feel good, rarely bake a bigger pie. Charity is laudable, and I engage in it, too, but it’s not an engine of production or prosperity. For that, you need profit, incentive, and private property.

When God instilled a measure of peaceful, productive self-interest into the human mind, he knew what he was doing.

In North Korea and Venezuela, socialist regimes work to see that almost nobody makes a profit or owns a private business. There won’t be anything like widespread Thanksgiving dinners in either country this week, and that’s no coincidence. I wonder if that lesson is still taught in schools these days; polls that suggest young people are attracted to socialism suggest maybe it isn’t.

I’ll be offering gratitude for more than just good food on Thanksgiving Day. I’m going to give a prayerful thanks for private property and the profit motive that has made abundance possible. When God instilled a measure of peaceful, productive self-interest into the human mind, he knew what he was doing.
Posted by arclein at 12:00 AM