A Quarter Of Kids Treated At Transgender Clinics May Just Be Autistic, New Study Finds 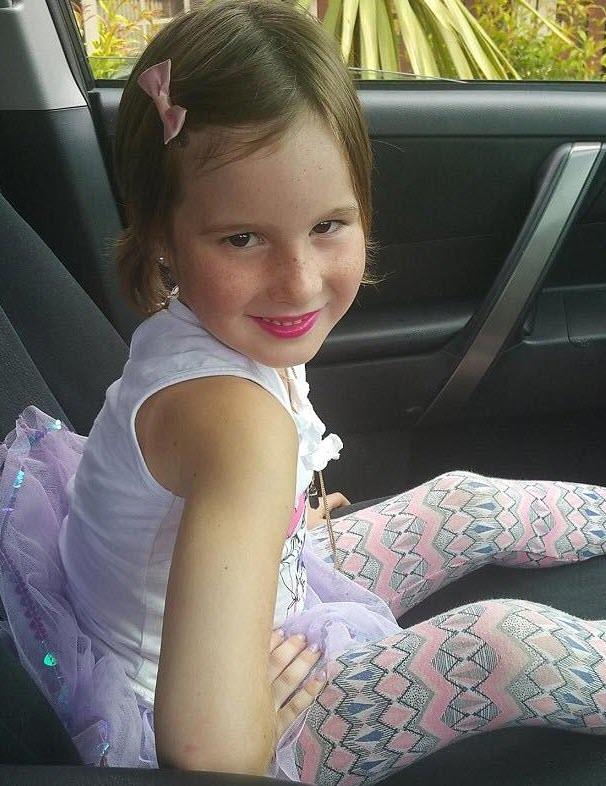 It only gets better of course.  However, it is my opinion that all experts who diagnose the need for a sex change operation on any child should be treated to a frontal lobotomy.  That was once legal as well.

What is going on is absurd, but soon enough the science is catching up.  It will end then of course while leaving behind ruined lives.

This was put over on everybody without ever asking permission.  Not too long ago, the queer boys risked prison.  The majority of queer boys do ultimately make an acceptable accommodation.  Except even they also have a minority taste that presents a problem that does need to be addressed.  This minority umbrella opens a window on other obscure tastes that can only be satisfied by forcing.  This is an example of legal forcing.

That is what we now have a concerted attempt to make child forcing or pedophilia acceptable when this never can be true.  The problem also applies to women as well.

I do think that we are heading for the application of summary castration or its equivalent and this needs to be carefully investigated.  At least the threat is likely to sharply reduce numbers even if the actual effect is not great.  The mind has been too deeply conditioned for most and reconditioning needs to be also investigated.
.

A Quarter Of Kids Treated At Transgender Clinics May Just Be Autistic, New Study Finds


A few short days after former psychologists at the NHS's flagship Gender Identity Development Service (GIDS) told Sky News they feared young people were "being over-diagnosed and then over-medicalised," warning that:


"We fear that we have had front-row seats to a medical scandal."

The Daily Mail reports that Australian doctors, writing in the Journal Of Autism And Developmental Disorders, stated that


"The few studies employing diagnostic criteria for ASD suggest a prevalence of 6-26 per cent in transgender populations."

Notably, they added, that this was "higher than the general population, but no different from individuals attending psychiatric clinics."

The Australians also quoted 'definitive findings' from a US study of almost 300,000 children, which discovered those with autism "were over four times as likely to be diagnosed with gender dysphoria" compared to those without autism.

Last year The Mail on Sunday unearthed an internal study by GIDS in London, also known as the Tavistock Clinic, which found 35 per cent of children and teenagers referred there between 2011 and 2017 had "moderate to severe autistic traits."

A recent study published in the American Journal of Preventive Medicine found that 80 percent of gender minority students report having mental health problems, nearly double the rate of “cisgender” students.

This should not come as a huge surprise to many, as a reminder, in 2017, The American College of Pediatricians issued a statement condemning gender reclassification in children by stating that transgenderism in children amounts to child abuse.


“The American College of Pediatricians urges educators and legislators to reject all policies that condition children to accept as normal a life of chemical and surgical impersonation of the opposite sex. Facts – not ideology – determine reality.”

The policy statement listed eight arguments on why gender reclassification is harmful.

1. Human sexuality is an objective biological binary trait: “XY” and “XX” are genetic markers of health – not genetic markers of a disorder.
2. No one is born with a gender. Everyone is born with a biological sex. Gender (an awareness and sense of oneself as male or female) is a sociological and psychological concept; not an objective biological one.
3. A person’s belief that he or she is something they are not is, at best, a sign of confused thinking. When an otherwise healthy biological boy believes he is a girl, or an otherwise healthy biological girl believes she is a boy, an objective psychological problem exists that lies in the mind not the body, and it should be treated as such.
4. Puberty is not a disease and puberty-blocking hormones can be dangerous. Reversible or not, puberty-blocking hormones induce a state of disease – the absence of puberty – and inhibit growth and fertility in a previously biologically healthy child.
5. According to the DSM-V, as many as 98% of gender confused boys and 88% of gender confused girls eventually accept their biological sex after naturally passing through puberty.
6. Children who use puberty blockers to impersonate the opposite sex will require cross-sex hormones in late adolescence. Cross-sex hormones (testosterone and estrogen) are associated with dangerous health risks including but not limited to high blood pressure, blood clots, stroke and cancer.
7. Rates of suicide are twenty times greater among adults who use cross-sex hormones and undergo sex reassignment surgery, even in Sweden which is among the most LGBQT – affirming countries.
8. Conditioning children into believing a lifetime of chemical and surgical impersonation of the opposite sex is normal and healthful is child abuse.


Finally, as Paul McHugh, a renowned psychiatrist from Johns Hopkins University, told The College Fix, transgender people are being experimented on because the doctors treating transgender patients with hormones “don’t have evidence that (the treatment) will be the right one.”

He also criticized the manner of treatment given to many children who claim to be transgender.

“Many people are doing what amounts to an experiment on these young people without telling them it’s an experiment,” he told The Fix via phone.
“You need evidence for that and this is a very serious treatment. It is comparable to doing frontal lobotomies.”

Simply put, as McHugh dared to admit in public, the medical and psychiatric industries are reckless and irresponsible in their treatment of patients who claim to be transgender.
Posted by arclein at 12:00 AM