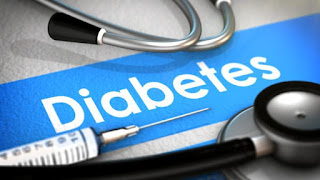 First what is clear here is that the meds actually allow the diabetic disease to progressively become worse without ever addressing the disease itself.  Obviously this is stupid.

You must stop the disease.  In fact, the best time to deal with the problem is when it is first diagnosed and typically still a case of modest insulin resistance.  This is mostly brought on by the background dietary sugars which we are exposed to through our lifetimes.

Diabetics is a dietary disease which has to be reversed by dietary methods.  Amusingly the first such protocol mentioned is intermittent fasting.  Turns out that during your fast, the insulin level will become very low that this leads to actual elimination of the resistance itself.  It is a process of course.

In my own practice i trained myself to use three twenty four hour fasts during the week.  This worked well enough.  More recently i discovered that i can counter hunger and sugar cravings by adding a quarter teaspoon of baking soda.  Thus what i do now is fast for three days straight and this is working extremely well.  Clearly my insulin levels will be taken down to the floor for at least a couple of days.

I never had diabetes but i was always packing an extra mass equal to half my optimal weight. Obviously this is super common and reflects the fact that we unwittingly force feed ourselves.  What ultimately succeeded was the interval fasting, which i have progressively trained up and tweaked as well. It is not particularly easy as it actually does take an element of training.  this is not so obvious either.

I also take several thousand ml of vitamin C in particular to support the vascular  system to avoid low level scurvy as we age.  Most folks who have such a problem  are also running that risk.. .