In Their Own Words: Creating An Official Record of the Trump Presidency—Doug Wead 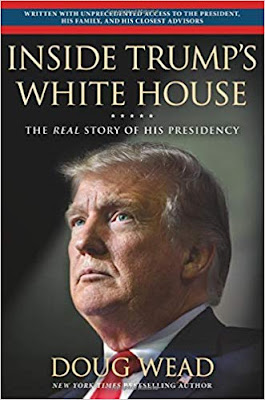 first of it turns out that the unexpected benefit of the Russian collusion scam is that it provided cover from the MSM while he completely deregulated.  This is the real fight that the opposition should have been fighting.

Secondly we get a real perspective on the role of the trump kids and Kushner  as roving negotiators to heads of state and as his eyes and ears to this particular audience.

another take home here is that this writer and historian is that the only commonality covering six separate Presidents is that they were all great listeners which I suspect conforms to having an insationable curiosity.


The book is out just now and i will read it soon enough.  What is important is that he set himself up as the writer of record for folks a hundred years from now.   This is welcome as well as he is also witnessing a real neo royal court in action.  This is important because this court has already produced creditable contenders for the Presidency as a counterpoint to the intense loyalty of the Trump electorate.  If that actually evolves into a series of Trump family electors extending the Trump mandate, potentially past thirty more years, then this book becomes extraordinarily important..

In Their Own Words: Creating An Official Record of the Trump Presidency—Doug Wead