Can You Trust What Medical Journals Publish? 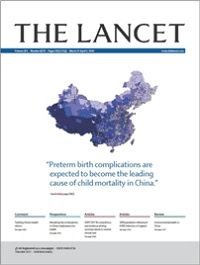 Can You Trust What Medical Journals Publish?

https://www.americanthinker.com/articles/2019/11/can_you_trust_what_medical_journals_publish.html
I have repeatedly questioned the validity of medical journal claims in regards to politically charged issues like air pollution and climate change, as well as global warming here at AT.  More recently, I showed how a major medical journal violates basic rules on scientific inquiry.

There is another important problem with medical research as reported in medical journals and then often expanded by the lay press as big news: that medical journal articles are often proven wrong for unreliable results or promotion of treatments that are not beneficial or not any more efficacious than treatments they propose to replace.

I was reminded recently of this problem by an article in Emergency Medicine News, a medical specialty newspaper, that reported on a study by Dr. Vinay Prasad, a comprehensive review of randomized clinical trials in the Journal of the American Medical Association, The Lancet, and the New England Journal of Medicine identifying 396 medical reversals.  Reversals are cases where medical journal articles are found to be faulty, misleading and just plain wrong.

When high-flying medical researchers on environmental issues use bad methods and report false results, it is motivated by political agendas usually, but when medical researchers report what end up being unreliable results in other areas, it is often due to biases and fallacious thinking and lack of effort to assiduously test their results and repeat them to assure that the hypothesis is valid and reliable and the results are testable and verified.

Some "rules" turned out to be wrong, for example tight blood sugar control, mechanical chest compressions, protocols for treatment of sepsis (infections with severe complications).  The unreliability problem is troublesome, since the study shows that many recommended treatments and strategies are not efficacious.

Here are some additional specifics from the Prasad study:
The authors were so alert to the problem that they created a website for best practices that, like other such practice websites, intends to alert physicians to the realities of the research mistakes and misinformation.

Medical reversals and rejection of medical protocols and suggested treatments are too common and the result of bad methods and scientific dishonesty.  Real science honesty would identify the problems and discover the unreliable information, and the studies would not be published.

The reports of this or that new breakthrough should be assessed with care by the public and medical professionals.

In 2005, an obscure Greek physician, John Ioannidis, published a groundbreaking article on the unreliability of medical research, "Why Most Published Research Findings Are False," and he became famous — so famous that he is now at Stanford, heading a study project on scientific integrity, funded by a philanthropist.  What Ioannidis found was that medical research is driven by ambition, intellectual passion, and fallacious thinking.  He didn't say researchers are dishonest; he just said they often put out false claims and make false assertions.

I have, in these articles at AT, tried to warn the readers of the problems of dishonesty and malfeasance in medical research — the lay reader is warned to apply these rules as a way to avoid being taken in by bad research methods or just plain cheating and dishonesty.

There are some basic rules to help avoid being taken in by charlatans.
The important thing is that professionals and citizens should be careful to question and evaluate what is pronounced by medical journals.  Too often, they are overwhelmed by self-esteem and ambition.

John Dale Dunn, M.D., J.D. is an emergency physician and inactive attorney in Brownwood, Texas.
Posted by arclein at 12:00 AM