Neonatal Nurse on Vaccines: We are Destroying an Entire Generation of Children 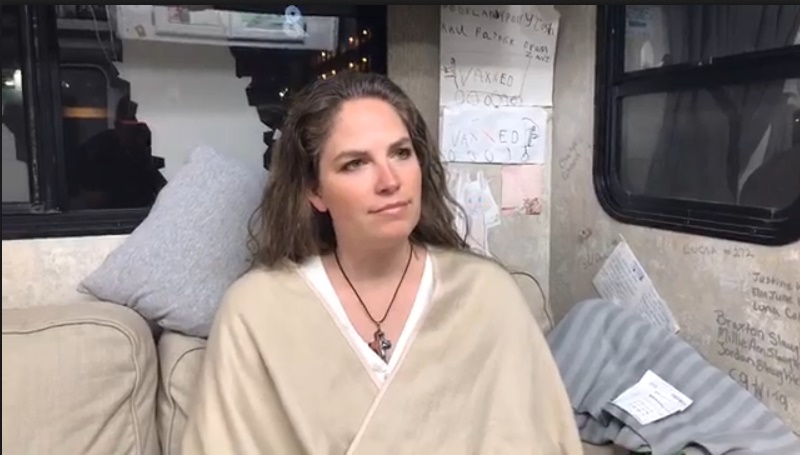 Turns out the negative effects of inoculation is significant and the effects of not doing this is zero.

The argument in favor of infant inoculation was never there in the first place since the new born has powerful immunity for months after birth. .Think about that.  Obviously no inoculation is indicated onto much later.   Thus we do see an argument out there for age two.

The witnesses are out there and we are certainly been lied to.  Our newborns are now exposed to a  lottery whose outcomes include Death.  What happened to do no harm?

The good news is that serious people are pushing back and funding the real science to ultimate dismantle this likely medical atrocity..

Neonatal Nurse on Vaccines: We are Destroying an Entire Generation of Children

Michelle Rowton is neonatal nurse practioner, specializing in the care of children ages 2 years old and younger. She has worked for over 17 years working in NICU, with pre-mature and sick babies.
Michelle Rowton does not herself give vaccines to babies.

She recently sat down and conducted an interview with Polly Tommey during the VAXXED II film bus tour.

Michelle relates that in her undergraduate training to prepare her to be a nurse, that the only thing she was taught about vaccines was how to give the injections.

When she was in graduate school studying for her master’s degree to become a neonatal nurse practioner, she says she was taught “coercive rhetoric” to get the parents to agree with vaccines.

Michelle discusses her early years of working in the NICU with premature babies, and the negative effects vaccines would have on these babies.

Polly then relates how vaccine apologists in the medical field will rationalize giving vaccines to young babies by stating that they have seen many deaths related to vaccine-preventable deaths among unvaccinated babies.

So she asks Michelle how many of these deaths by diseases that are allegedly prevented through vaccination that she has seen during all her years as a nurse, and she replies, “zero.”

They’re lying. Especially when they bring up chicken pox. I’m like, what nation were you in when that happened? Because it hasn’t happened here.

Michelle also works as a Functional Medical Nurse practioner in the field for the past 7 years, where her focus is working with babies out in the field.

I moved out of the hospital and into the clinic, because I got to the point where I thought, this is the same thing over and over again. Yeah, I’m really good at putting in central lines, and putting in chest tubes, and saving these critical babies.


When they get to the convalescence stage, it is terrible what we’re doing, and everybody’s doing the same thing.


I can have more effect out in the community, in having these babies from birth until two – no antibiotics, no ear infections, no medications, setting them up for life to have a far less chance of autoimmune disease, chronic disease – all of that kind of stuff.


That’s what I want to do now.

Michelle has three children of her own, all unvaccinated, and never been on antibiotics.

Michelle started the organization “Nurses Against Mandatory Vaccines,” which over the years we have featured numerous times here at Health Impact News, but she says they finally shut the group down because:

Nobody had the balls to actually stand up and do anything. If everybody had stood up and said “we’re not going to stand for mandatory flu shots in the hospital,” the whole thing would have gone away because they would have had no staff to run the hospital.


Everybody sitting around and doing nothing, collecting their paychecks, they’re all complicit in the mass annihilation of an entire generation of children.

She encourages everyone to watch VAXXED II.

We are destroying an entire generation of children.

Listen to the full interview: