In Hong Kong, It's US vs. China Now 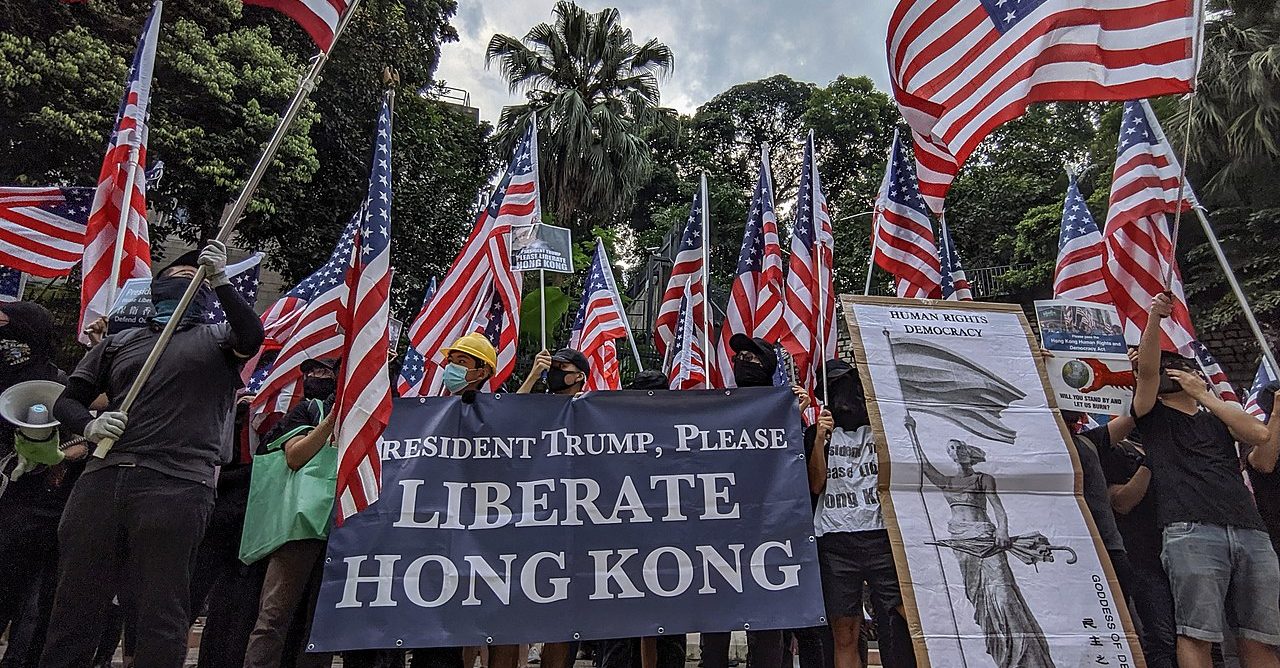 For the folks there it truly was time to stand down. The election produced a fresh crop of advocates to arm wrestle with the CCP. The CCP has been given a lesson on the possible limits of their power. That power looks real enough on paper but it is actually a paper tiger.


As i have posted, the army cannot operate the entire economy and maintain order and that is what a real sustained strike will mean. Thus it is time to step back and allow the CCP to quietly step around their own missteps.


Recall open rebellion is common today is China. It has been safely ignored. Aa is increasingly obvious though that confrontation and attempted suppression can trigger a hard rebellion. 5000 Molotov cocktails are a nasty promise of 5,000 burning cadre vehicles. It is the promise of a mob following a CCP cadre now walking to work each day. It is impossible to hire sufficient secret police to counter this as the East Germans and the Poles discovered. Remember Romania.

All China has now seen a clear demonstration of the power of the people to confront local tyranny.


The role of the USA is to confront the CCP over their ethical lapses which they can never excuse.


Trump has threatened additional tariffs and sanctions to keep the pressure on. However, they do not appear necessary. In fact it looks to be just about right. In the meantime, what the Chinese do buy from us has always been strategic and necessary as they have now discovered.


Way worse for the Chinese, it is completely within USA interests to completely pivot the entirety of the USA market to India in particular and all of SE Asia generally. This gives the USA friendly open access to a population over twice as large as the Chinese markets as well and a general rule of law based on British Common Law.


My point is that the Chinese are about to lose their preferred status and that is worse than mere tariffs. The CCP never had a monopoly on control but had one stop convenience in exchange for simple bribes. The rest have all adjusted to making business work for all and are now real willing competitors.

In Hong Kong, It's US vs. China Now
By Patrick J. Buchanan

At first glance, it would appear that five months of pro-democracy protests in Hong Kong had produced a stunning triumph.

By September, the proposal of city leader Carrie Lam that ignited the protests — to allow criminal suspects to be extradited to China for trial — had been withdrawn.

And though the protesters' demands escalated along with their tactics, from marches to mass civil disobedience, Molotov cocktails, riots and attacks on police, Chinese troops remained confined to their barracks.

Beijing wanted no reenactment of Tiananmen Square, the midnight massacre in the heart of Beijing that drowned in blood the 1989 uprising for democratic rights.

In Hong Kong, the police have not used lethal force. In five months of clashes, only a few have perished. And when elections came last month, Beijing was stunned by the landslide victory of the protesters.

Finally, last month, Congress passed by huge margins in both houses a Hong Kong Human Rights and Democracy Act that threatens sanctions on Hong Kong authorities should they crush the rebels.

When President Donald Trump signed the bills, the protesters now had the U.S. as an ally, and the Chinese reacted viscerally.

Thus do the Hong Kong protesters appear victorious, for now.

Sunday, black-clad masked protesters were back in the streets, waving American flags, erecting barricades, issuing new demands — for greater autonomy for Hong Kong, the release of jailed protesters and the punishment of police who used excessive force.

This confrontation is far from over.

Instead, it has escalated, and the U.S. government, having given up its posture of benevolent neutrality in favor of peaceful demonstrators for democracy, has become an open ally of often-violent people who are battling Chinese police inside a Chinese city.

On Monday, China retaliated, suspending visits to Hong Kong by U.S. military planes and Navy ships and declaring sanctions on the National Endowment for Democracy, Freedom House and half a dozen other U.S. agencies that promote democracy for interfering in the internal affairs of China.

And there is another issue here — the matter of face.


China has just celebrated the 70th anniversary of the Revolution where Mao proclaimed, "China has stood up!" after a century of foreign humiliations and occupations.

Can Xi Jinping, already the object of a Maoist cult of personality, accept U.S. intervention in the internal affairs of his country or a city that belongs to China? Not likely. Nor is China likely to accede to demands for greater sovereignty, self-determination or independence for Hong Kong.

This would only raise hopes of the city's eventual escape from its ordained destiny: direct rule by Beijing when the 50-year China-U.K. treaty regarding the transfer of Hong Kong expires in 2047.

For Xi to capitulate to the demands of Hong Kong's demonstrators could cause an outbreak of protests in other Chinese cities and bring on a crisis of the regime.

A ruler committing the atrocities Xi is committing today in the concentration camps in the Uighur regions of China is staying his hand in Hong Kong only so the world and the West cannot see the true face of the ideology in which this true believer believes.

In providing moral support for protesters in Hong Kong who desire the freedoms we enjoy, America is on the right side. But to align the U.S. with the protesters' cause, and threaten sanctions if their demands are not met, is to lead these demonstrators to make demands that Hong Kong's rulers cannot meet and China will not allow.

We should ask ourselves some questions before we declare our solidarity with the protesters engaging the Hong Kong police.

If the police crush them, or if China's army moves in and crushes the demonstrators whose hopes were raised by America's declared solidarity, then what are we prepared to do to save them and their cause?

Are we willing to impose sanctions on Beijing, such as we have on Venezuela, Iran and Vladimir Putin's Russia?

Some of us yet recall how the Voice of America broadcast to the Hungarian rebels of 1956 that if they rose up and threw the Russians out, we would be at their side. The Hungarians rose up. We did nothing. And one of the great bloodbaths of the Cold War ensued.

Are we telling the protesters of Hong Kong, "We've got your back!" when we really don't?
Posted by arclein at 12:00 AM