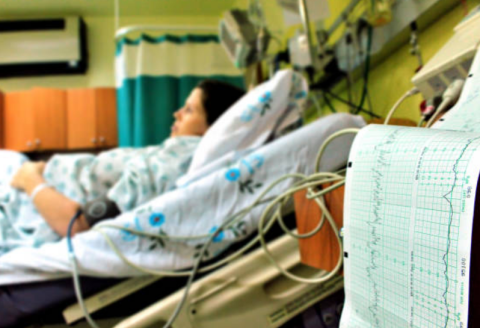 I am really getting tired of the phrase 'socialized' medicine. All that applies to a dysfunctional management structure which as we know will trend to financial abuse in the face of a monopoly situation.  The worst case of this is actually the USA healthcare system which has now at least one trillion dollar diverted to non medical costs.
What the public needs is simple enough.  It is a cooperative medical structure in which everyone contributes by direct monthly payment or by government subsidy if unable to earn through age or health.  The cooperative then provides from a schedule of services to support health outcomes as needed.  Really it is that simple.
There is no other economic model that is better than what i just described.  Such a system can easily allow spending on alternative services and advanced interventions as a choice for the patient who wants and values immediate work.  What matters is that emergency care is always there and chronic problems have best practice covered.
There will always be plenty to improve.  That will always be a lagging process..

If the current Democratic primary has illustrated one thing, it is that the fascination with socialised medicine in the American political conversation continues to double and redouble with each passing year. However, given the often-repeated slogan that the US is supposedly the only rich country without universal healthcare, conspicuously little attention has been paid to the actual experiences of those other countries, and whether or not adopting socialised medicine turned out to be as benevolent as US politicians are taking for granted.

In a sense, it is hardly surprising that so little attention has been paid to real world examples of universal healthcare, such as Britain’s National Health Service, given the histories of underperformance, scandal, and perpetual crisis associated with many such systems. Were the advocates of ‘Medicare For All’ to leave the cosy confines of rhetoric and confront the historical record of socialised medicine, they would find the story so far to be anything but a simple matter of giving high quality healthcare to needy people.

A new page was added to this troubled history by the recent revelation, courtesy of a leaked internal report, of what is being called the worst maternity scandal in the history of Britain’s NHS. The report revealed that, in a single NHS trust over the period 1979–2017, unchecked clinical malpractice and neglect by doctors, midwives, and hospital bosses led to the avoidable deaths of at least 42 babies and three mothers, while 50 more children suffered permanent brain damage as a result of being deprived of oxygen during birth. The report also identifies 47 other cases of substandard care. These are only the preliminary findings from a set of 600 cases currently under investigation, with most of those cases still awaiting assessment, so the final numbers can be expected to be higher.

Although these cases occurred over a 38 year time period, it is worth bearing in mind that these are the findings from just one of the 470 NHS trusts, the subsidiary administrative units that oversee NHS operations in a particular geographical area or specialised function. The report examined cases only from the Shrewsbury and Telford Hospital NHS Trust, which consists of just two hospitals, one maternity unit, and one community clinic.

Senior NHS sources are already calling this the worst maternity scandal in the history of the NHS, a title which had previously belonged to the Morecambe Bay scandal. That previous scandal, which came to light only four years ago, revealed the avoidable deaths of 11 babies and one mother between 2004–2013, in a single NHS hospital.

It is certainly tempting to believe that these terrible cases are an aberration, confined to just one or two hospitals, and based on the random mistakes of just a handful of individuals. However, the truth is that negligence and poor performance like this are a systemic problem rooted in the economic nature of government-run industries, and the perverse incentives they face.

If a government begins providing a given service free at the point of use, this will tend to crowd out private provision of that service, even if private provision is not outright banned, as politicians such as Elizabeth Warren have advocated banning private health insurance in the US. In Britain, for example, even though private health insurance is entirely legal, only around 10.5% of the population actually engage with the private insurance market at all. This is partly due to governments’ unique ability to divert huge quantities of real resources toward themselves using the non-voluntary methods of taxation and fiduciary media creation, which precludes those resources from being used by private providers in a way which might have more fully satisfied consumer preferences. Patients are also less likely to pay for private healthcare if they know they can get some degree of healthcare for free from the government, even if that government healthcare is of far lower quality, starving the private sector of the resources and economies of scale needed to provide higher quality healthcare cheaply. This resource starvation is even more extreme in ethically sensitive sectors such as healthcare, with many British doctors expressing guilt and moral revulsion at the idea of working privately, even part-time, rather than for the NHS. All of this results in chronic inefficiency: poor services being provided at high cost, as can be seen in the NHS’s abysmally low ‘bang per buck’ in terms of healthcare outcomes compared to money spent.


Another economic problem inseparable from government provision of services free at the point of use is its removal of incentives to prioritise the desires and well-being of the customer. Some readers might be skeptical that this problem would apply to healthcare: sure, removing profit, loss and payment by customers in an ordinary business might diminish the ‘customer is king’ attitude, but surely healthcare workers feel morally bound to provide the best care possible, regardless of economic incentives?


Sadly however, healthcare workers are not immune from such economic forces, as was illustrated clearly by this recent NHS maternity scandal. Far from being a result of innocent mistakes and unfortunate circumstances, the leaked report points to negligence and a complete disregard for the well-being of patients as having caused many of the avoidable deaths. The report highlights a failure to monitor high-risk mothers and newborns, as well as a “chronic inability to learn from past mistakes”, and a general culture that is “toxic to improvement”. The report further points to “a distinct lack of kindness and respect” shown toward bereaved parents and families, with multiple examples of deceased babies being referred to by the wrong name, or described as “it”. In one particularly shocking case, the body of a deceased baby, after having received a post-mortem examination, was simply left to decompose “for a period of weeks”, to the point that the mother was unable to see her child for a final good-bye before burial.


This shocking indifference to patients and hostility to improvement is an inescapable consequence of the economic incentives introduced when government crowds out competition and provides services free at the point of use. It remains to be seen whether American voters will lend their support to the nationalisation of healthcare that their politicians are increasingly advocating. However, if such a policy is pursued, the voting public should not be under the illusion that the final outcome will be as simple and benevolent as they are being told.
Posted by arclein at 12:00 AM