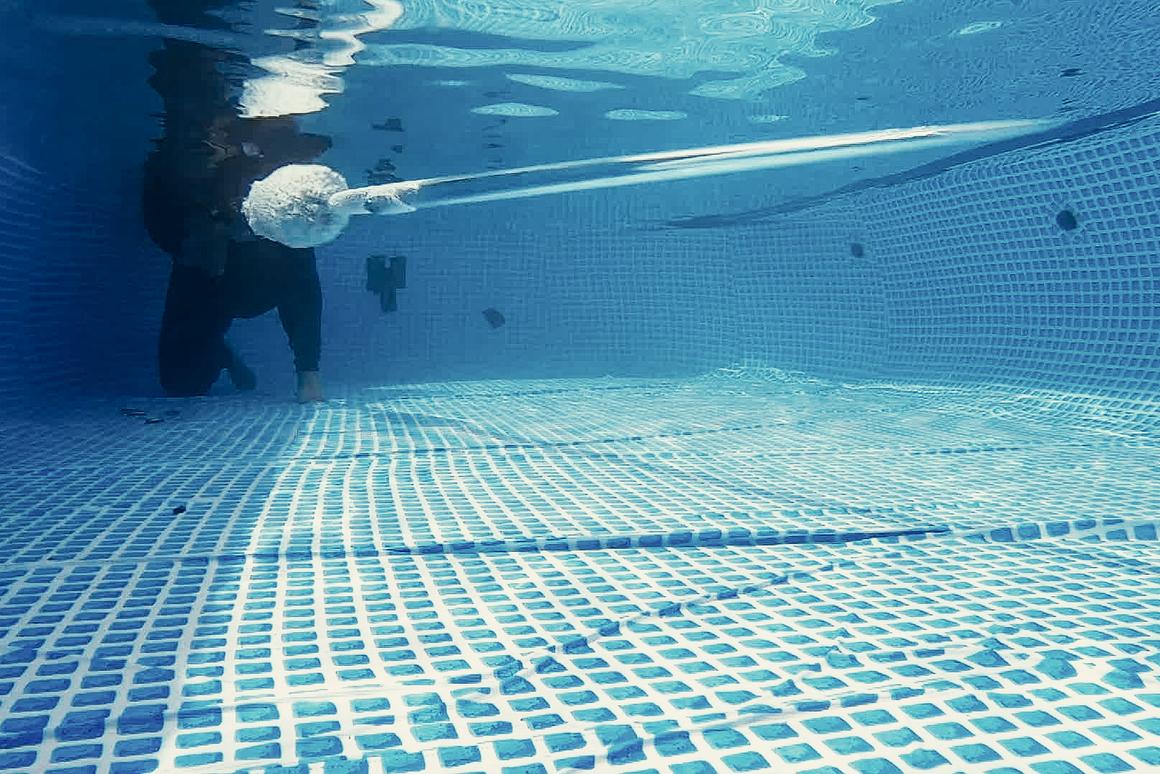 This is a huge discovery that can and will be applied to even sport ammo sooner or later.  The precision aspect is the main manufacturing problem but that is a tooling investment.

We never thought this could be possible.

What i particularly like is that we can see powerful guns operating from submarines.  This provides the submarine counter fire immunity unless the target also has the specialist ammo.  Worse, any such counter fire will still lose power before it reaches the sub.  The Sub has a natural stand off depth while incoming loses speed before it hits the water as well.
.

Regular bullets decelerate so quickly in water that they only make it a few feet, which is why diving into a conveniently located pool or waterway when under fire from assassins can be such a good idea. But Norway's DSG has used the drag-reducing abilities of supercavitation to produce some truly extraordinary projectiles that'll hit submerged targets up to 60 m (200 ft) away, opening up some interesting new mission capabilities.

Supercavitation refers to designs that wrap an underwater projectile in a bubble of air to vastly reduce skin friction drag. It's been used on torpedoes, allowing them to move some five times faster through the water than regular ones, as well as on propellers and some pretty wild boat designs, and it's being investigated as a potential way to produce ultra-fast submarines.

The supercavitation effect can be produced, rather counter-intuitively perhaps, by giving the projectile a flat, disc-shaped nose with a sharp edge lip. This pushes water out of the way hard enough to leave an air bubble just big enough for the projectile to move through without its sides or back dragging against the water. In the case of torpedoes, boats and submarines, the effect can be enhanced by routing exhaust gases through to the tip so they can add to the air bubble.


DSG says it's had to turn to the aerospace industry to find manufacturers that can work to the tolerances required for its CAV-X supercavitating bullet designs, which appear to use rounded tips that lead back to flat, sharp ridge discs at the point, as well as other ridges positioned further back on the bullet body. Whatever they've done, the results are remarkable. An accurate range of 60 m, still moving fast enough to deliver destructive force, as achieved by DSG's 12.7x99mm NATO .50 rounds, is unheard of, and it opens up some mission capabilities that have never before been possible. 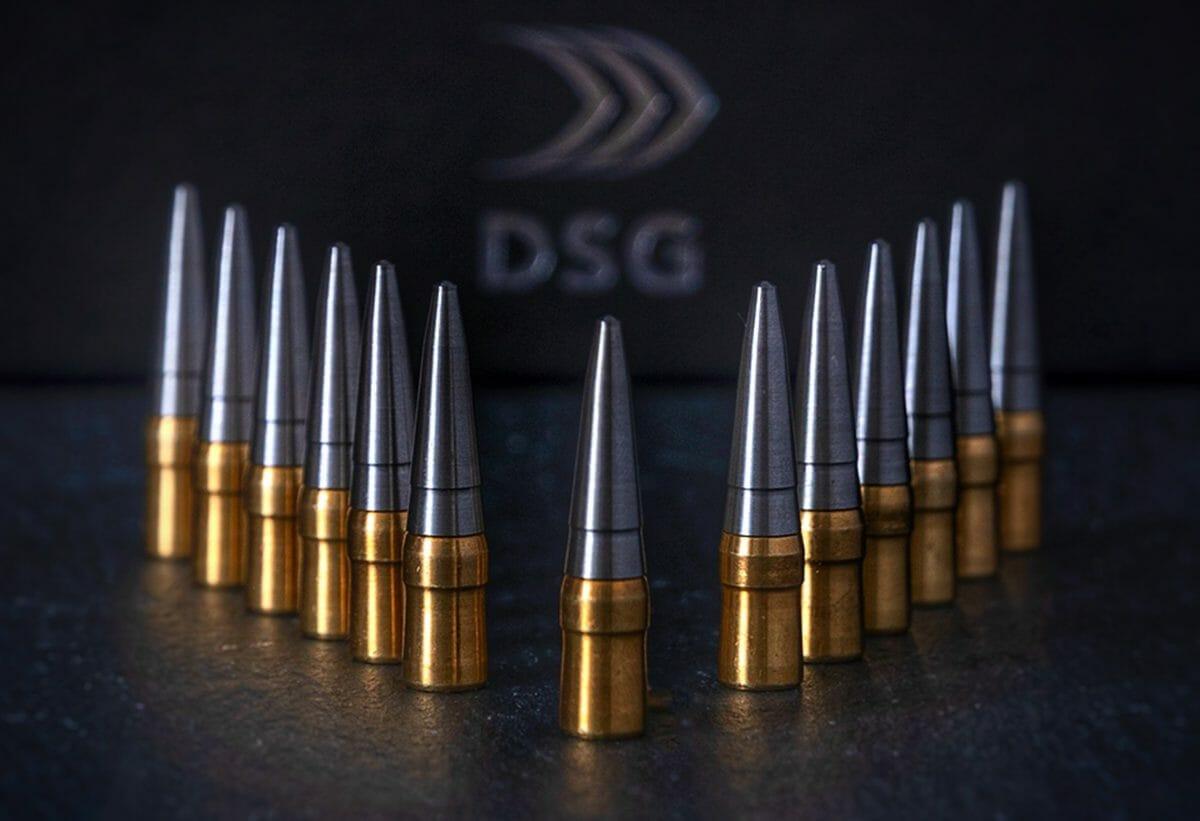 The CAV-X bullets have a uniquely shaped tip to create a small, controlled pocket of air
DSG

For starters, it lets underwater things shoot at other underwater things better than ever before. But it also lets submarines, submerged deeply enough that a helicopter above can't shoot them, fire on that helicopter with devastating force. From 5 m (16.4 ft) underwater, these things can hit a target 1,000 meters (3,280 ft) in the air.

On the other hand, if it's the helicopter that's armed with the supercavitating ammunition, it's now possible to hit targets that rely on water's bullet-slowing effects for their survival and effectiveness. Boats can literally shoot down incoming torpedoes using deck-mounted guns. Submarines will have to move much deeper to get out of range of airborne shooters.

DSG provides two variants of the CAV-X bullets: an A2 load which can only be fired in the air, but which hits water without deviating from its course and penetrates a long way, and an X2 load designed to be fired underwater, whether skyward or at another underwater target.

The supercavitating rounds may have been designed chiefly for underwater warfare, but as a side effect, they also absolutely obliterate penetration tests through ballistic gel, a material designed to mimic the density and behavior of human flesh. In a video released by DSG, a team in Virginia sets up 10 ballistic gel blocks, each 40 cm (15.7 in) deep, end to end, and fires on them using regular and supercavitating bullets back-to-back at 7.62 x 51 caliber. Check it out:

The regular bullet causes a giant air bubble in the first block, flinging it wobbling into the air, and comes to rest a little way into the second, for a penetration distance of 50 cm (19.7 in). The CAV-X bullet creates a tiny little tube for itself, barely disturbing the gel, and passes through all 10 gel blocks without even causing a ripple on the surface. DSG claims it's an unofficial ballistics penetration world record, but before they claim it, they're going to need a lot more ballistic gel.

Obviously, penetration isn't everything when it comes to bullets, and the giant air bubble explosion created by the regular bullet is part of what makes it hurt so damn much to get shot with. Which is kind of the point, a bullet that passes straight through a body leaves far less damage than one that explodes, shatters or otherwise makes a nuisance of itself inside a target's body. But the DSG rounds' amazing attributes make them a remarkable and fascinating factor to add to an arsenal. Check out a short technical presentation below.


DSG CAV-X supercavitating bullets presentation
Posted by arclein at 12:00 AM